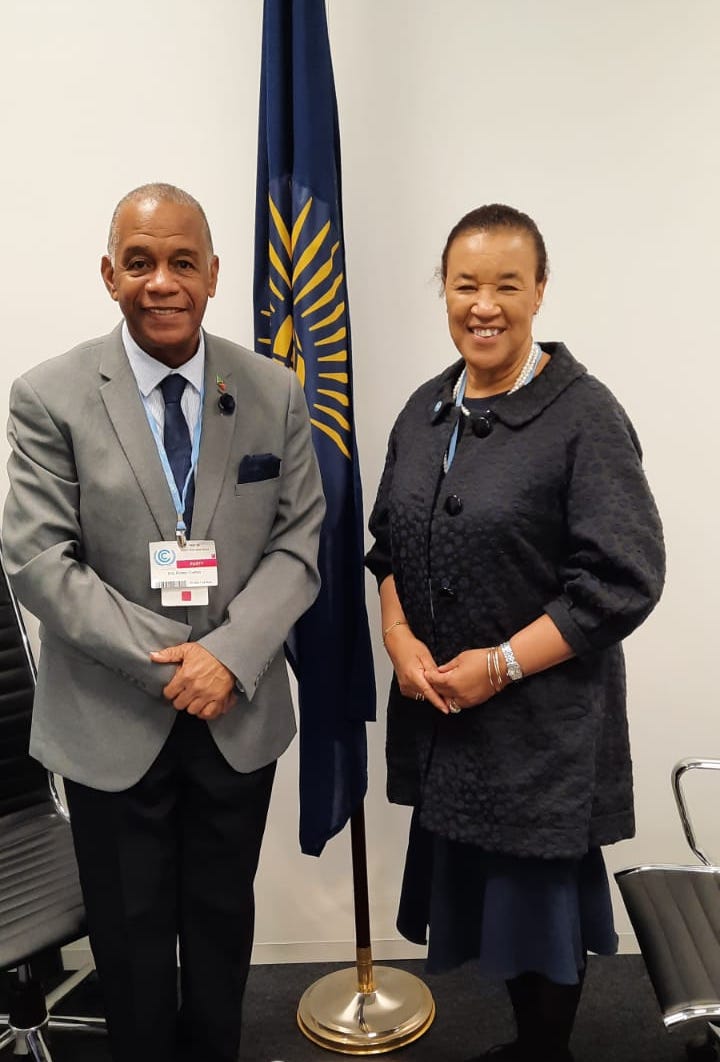 The meeting was convened on the sidelines of the United Nations Climate Change Conference (COP26) on November 4, 2021.

During the meeting Minister Evelyn took the opportunity to outline some of the climate-related initiatives being undertaken by St. Kitts and Nevis including plans to enact new legislation to guide environmental issues. The Minister also focused on the emphasis being placed on green energy including solar and geothermal power as well as energy-saving efforts such as the retrofitting of street lamps with LED lights.

The Secretary General was also updated on St. Kitts and Nevis’ recently launched revised Nationally Determined Contributions (NDC) which seeks to reduce economy-wide emissions by 61 percent by 2030 compared to the base year 2010.

Mention was also made of the efforts being made to ban single use plastics, as well as the Taiwan Government funded Climate and Ocean Risk Vulnerability Index (CORVI) and Solid Waste Management Projects.