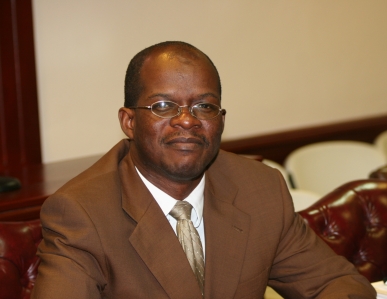 NIA-CHARLESTOWN NEVIS (March 25, 2011) — A two-day workshop which dealt with matters related to commerce and industry was warmly received by Attorney General of St. Kitts and Nevis Hon. Patrice Nisbett, when he delivered remarks at the opening ceremony at the Marriot Hotel on Thursday.

He said the Copyright and Collective Management workshop organised by the World Intellectual Property Organization (WIPO) in conjunction with the Government of St. Kitts and Nevis, was of great importance and urged the participants to identify and explore the available opportunities, benefits, challenges and solutions.

“Intellectual property rights deal with commerce and trade. Therefore, during your deliberations it would be important to identify the benefits which may accrue to our region, as a result of improving our creativity and innovation.

“In that connection, we should explore the existing opportunities and find out how best we can make use of those opportunities. We should also identify the challenges that we are faced with in this area and the solutions that may be adopted to overcome such challenges,” he said.

The Attorney General noted that in the last 30 years there had been rapid changes in the development of intellectual property law.  He pointed to the quick pace of scientific and technological development and innovation; the notional disappearance of national frontiers and the international harmonization of intellectual property law, as the three basic reasons why new emphasis had been directed at that legislation.

According to him, the last three decades had seen unprecedented advances in science and technology in particular the increasing sophistication of computers and the fact that more and more people had daily access to computer facilities.

It had had led to a vast increase in the number of technological innovations which sought patent protection and the number of artistic and literary works which qualified for copyright.

However, Mr. Nisbett said that the ease with which infringements could be committed had made major issues of detection and enforcement and as a result the existing legal remedies were under severe strain.

“In the end, then, an ever increasing number of people have a direct interest in the intellectual property protection of their works. Industries and professional groups have produced a whole array of interests groups seeking to protect their own at a national and international level.

“The product of all this activity is a heightened realisation of the value of intellectual property law and an intensified focus on the detail of the protection it offers,” he said.

In relation to trade, Mr. Nisbett said it had mushroomed between countries worldwide over the past four decades but at the same time the advantages of international groupings of countries with similar economic interests had not gone unnoticed. That move he contended, had led to the emergence of so called free trade zones and economic power blocks like the European Community.

He said the information super highway had also opened up opportunities for trade with no geographical boundaries and with an increasing number of works being made available through the electronic network, the question of intellectual property protection had become a burning issue.