Premier of Nevis Hon. Vance Amory with Stoney Hill residents Vanessa Smithen (right) and her mother Pearl Smithen (left) moments after handing them the keys to a brand new home at Gingerland on June 24, 2016
NIA CHARLESTOWN NEVIS (JUNE 27, 2016) — Vanessa Smithen of Stoney Hill in Gingerland, thanked the Nevis Island Administration (NIA) for a new home, moments after Premier of Nevis and Area Representative for Gingerland Hon. Vance Amory presented her with the keys to a three-bedroom house at Stoney Hill on June 24, 2016. The near $200,000 home, is constructed steps away from the building she occupied with her family over the years.
In brief remarks, Mr. Amory described the gift as a worthwhile investment. He described the gift as a worthwhile investment in social improvement and explained that it stems from the administration’s quest to provide with improved housing.
“The Ministry of Social Development and Social Affairs have engaged in providing assistance in housing throughout the island and it is part of our mandate to ensure that we make people’s lives better because that is one of the functions of government. 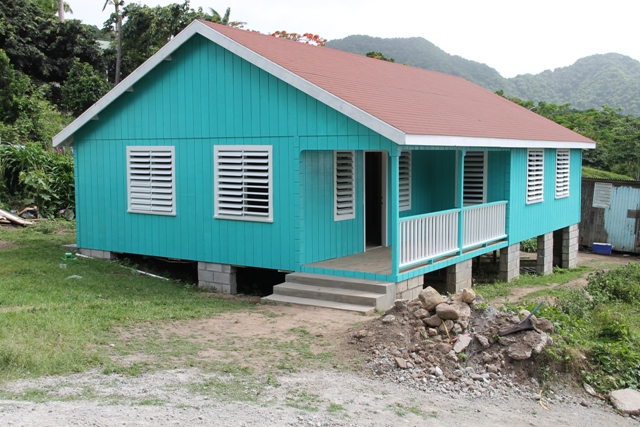 “We believe…that we are doing the right thing to improve their conditions by giving them this house at the expense of the government because government has a dual role. We collect revenue but we also try to take care of people…and we put people first in all of our developmental needs,” he said.
According to Mr. Amory, Smithen’s living conditions was brought to the fore by Ms. Glorita Vaughn, Community Caregiver in the Ministry’s Senior Division who is responsible for Gingerland.
Meantime, Stedmond Tross, Cabinet Secretary to the NIA Cabinet said the gift is a reflection of Mr. Amory’s commitment and love for people. He described the new home as a precious asset.
Also present was contractor Phillip Walters. 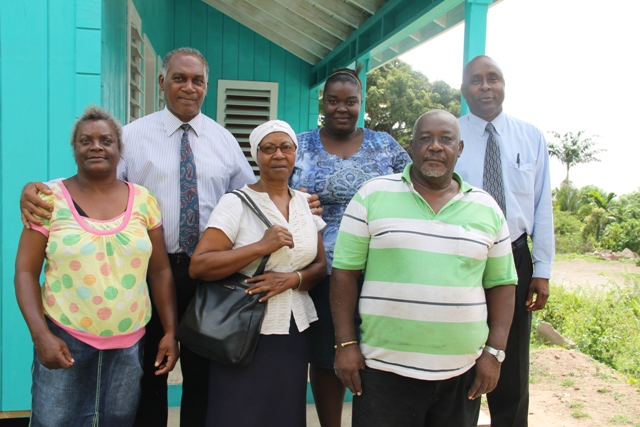