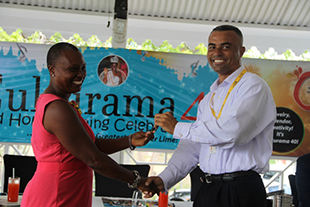 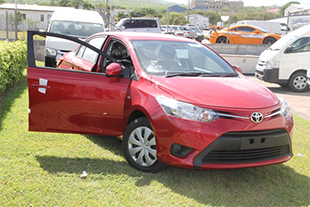 “This year our sponsorship will go towards the purchase of a brand new 2014 Toyota Yaris which will be the winning prize for the top calypsonian…I think it’s the first time, to the best of my recollection, that a motor car will be available to the winning calypsonian and we are really delighted to be a part of that,” he said.
Meantime, Deputy Premier and Minister of Culture in the Nevis Island Administration (NIA) Hon. Mark Brantley announced that as part of the package, Malvern “Mallie” Browne of Brown Hill had offered to give free driving lessons to the winners of the Senior Kaiso Competition and the Miss Culture Queen Pageant if they do not already hold drivers’ licenses.
Executive Director of the Culturama Secretariat Antonio Liburd and Culturama 40 Central Committee Chair Deborah Tyrell also addressed the press briefing, which was chaired by Press Secretary to the Nevis Island Administration Mervin Hanley.