Prime Minister Douglas and Premier Parry
Charlestown,Nevis–(Wednesday, January 25, 2012) Premier of Nevis, the Hon. Joseph Parry has been reminiscing on the 2011 Premier’s Gala, one year after the prestigious event held in his honour at the Four Seasons Resort on Saturday, January 15, 2011.

The Premier shared his thoughts on the landmark event with the Department of Information, Wednesday morning.

“The Premier’s Gala was an outstanding event held in my honour which was a pleasant surprise to me,” said the Hon. Joseph Parry.

Organized by the Nevis Reformation Party (NRP) Women’s Arm, the event hosted by Master of Ceremonies Mr. Stevenson Manners, was a “hot item” on the island’s social calendar, and featured a “Who’s Who of Nevis and St. Kitts society”. Over two hundred persons attended, among them the nation’s four-term Prime Minister the Rt. Hon Dr. Denzil Douglas.

In delivering his toast to the Premier, the Prime Minister invited the array of guests gathered in the Ballroom, to raise a toast, “to the man who many have dubbed the Miracle Man.” 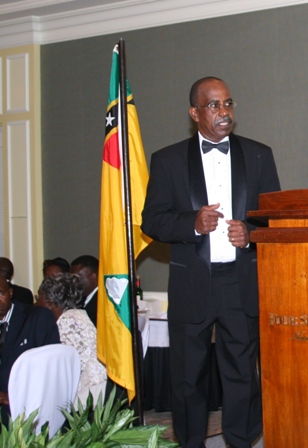 Dr. Douglas said emphatically, “during my 16 years as Prime Minister of St. Kitts-Nevis, there had been occasions of uncertainty under the previous leadership (CCM); but with Premier Parry there is definitely a positive feeling for the future.”

His sentiments were greeted by thunderous applause from the overflow gathering which included members of the diplomatic corps, parliamentarians from both islands, business people, party stalwarts and well-wishers.

The feature speaker was former five-term United States Virgin Islands (USVI) senator, and boyhood friend of the Premier, Nevisian-born the Hon. Roosevelt David. In delivering his keynote address, David referred to the relationship between the current leaders of the Federal Government and the Nevis Island Administration. 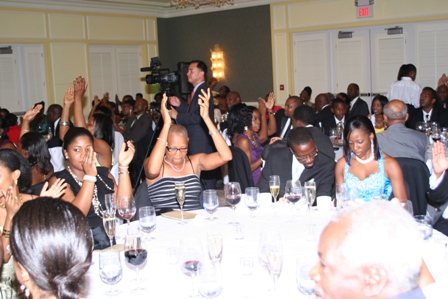 “The relationship that has been fostered by the Hon. Dr. Denzil Douglas and the Hon. Joseph Parry, has created an indomitable team that is on its way to building a legacy of great magnitude,” said former Sen. David, who also reflected on his boyhood days in the village of Cotton Ground with Joseph Parry.

The night was brought to a fitting climax by then as four-time calypso monarch of St. Kitts, King Konris (Maynard), who  led the well-attired patrons in a Congo Line  to the tune of his heart-stopping, soca-flavoured “Unstoppable Force”, which a fortnight earlier had been judged the most popular road march song for National Carnival. The multi-talented artiste, made the audience soar, when he extempo-ed:

“ A know we gotta a lotta respect for Barack (Obama)
But do you think that he is smarter than Walcott (Parry)”
“Nooooooooo”,  the crowd roared. 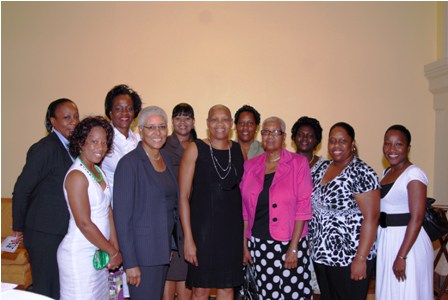 One year after, many who witnessed the event, are still high in praise for the NRP’s Women’s Arm for organizing the Gala which has been dubbed “one of the most outstanding events on Nevis in 2011”.