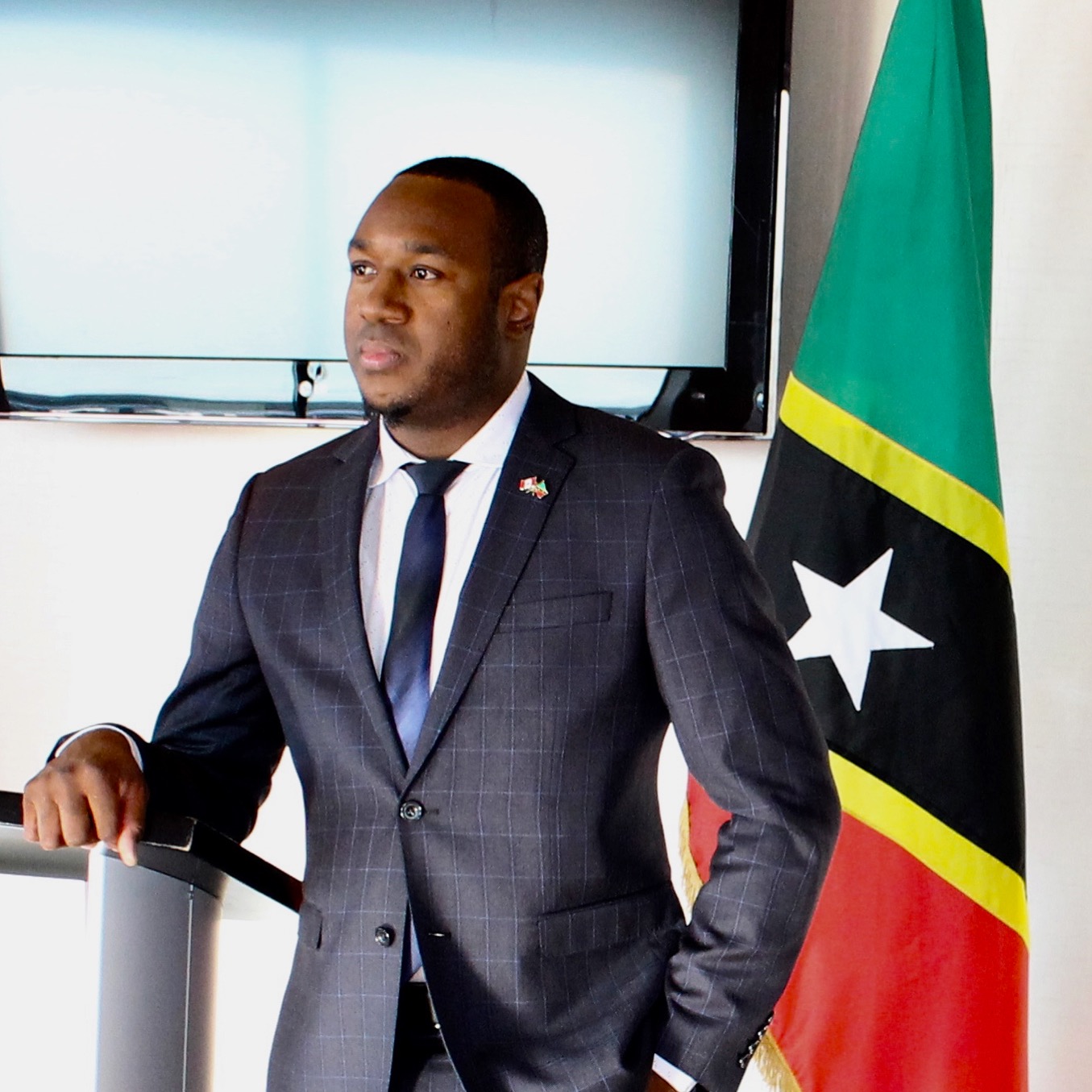 Mr. Eustace Wallace, Counsellor at the St. Kitts and Nevis High Commission in Ottawa, Canada announcing the launch of The Wallace Family Bursary for the Modern Languages Department at the Charlestown Secondary School

NIA CHARLESTOWN NEVIS (November 09, 2021) – – The following is a communique from the Ministry of Education in the Nevis Island Administration to wit an essay penned by Mr. Eustace Wallace, Counsellor at the St. Kitts and Nevis High Commission in Ottawa, Canada announcing the launch of The Wallace Family Bursary, a financial grant to be awarded to a top student studying foreign languages at the Charlestown Secondary School (CSS).

In languages, the world: My Motivation for establishing The Wallace Family Bursary in Modern Languages

My life was shaped by two constants growing up. Firstly, the ever-present echo of my grandmother, Marion Wallace, reminding me that “manners can take you around the world without a cent,” and my mother, Hyacinth Wallace-Forbes’s, consistent chorus of “education can take you anywhere you want to go.” Thanks to their unwavering encouragement and my innate curiosity, I first got a taste for the world I yearned for in a classroom at the Charlestown Secondary School (CSS). I’m not referring to the physical structure or even the congregation of classmates but the cosmic classroom of language, where the words “Bonjour, les élèves” stirred something in me. The classroom where “Buenos Dias” so richly sang by teachers clarified something for me.

This classroom bridged old and new worlds. This classroom flew from Africa to Latin America, France to Spain and even right here in our neighbourhood from Guadeloupe to Puerto Rico. In this classroom, right here under the majesty of ‘Nuestra Señora de las Nieves,’ I was introduced to the world. In that transcontinental exposé through culture, literature, music and poetry I knew who and what I wanted to be. The Modern Languages Department at Charlestown Secondary School confirmed, nurtured and energised my ambition to explore international affairs. The department blurred the lines between professional and personal ambition and nurtured my life-long passion for diplomacy, dialogue and development. Every opportunity my vocation has afforded me, whether it is accompanying a St. Kitts and Nevis Ministerial delegation to Senegal to sign diplomatic relations as part of SKN’s African engagement or welcoming regional Prime Ministers while working for the OECS in the capital of the European Union, none of it would have been possible had it not been for the foundational charity and commitment of the Modern Languages Department.

And so, as I continue my journey of collecting passport stamps, creating new international networks and representing the best of St. Kitts and Nevis – whether personally or professionally – I find myself once again tapping the deep well of inspiration from my grandmother and mother: “Always remember where you come from.” To that end, I use this short motivation letter to launch The Wallace Family Bursary as a thank you to the entire Wallace family for moulding me with that Hamilton/Government Road sense of community and charging me with upholding the uniquely Nevisian values of respect, community, and service. I also wish to place on record my deep appreciation to the Modern Languages Department comprised of teachers who were more than just teachers – they were motivators and mentors. These include Marjorie Brandy, Angela Monzac and Chesley Manners who helped to launch me into a welcoming world equipped with the requisite skills to succeed in my chosen field. I also wish to thank Julie Martin and Patricia Martin, my modern language teachers at CFBC, for their roles in advancing my love for languages.

Through this experience, my life has been made richer and broader, but it has also gotten smaller – smaller because languages bring us together.   For Small Island States like St. Kitts and Nevis, the world is indeed shrinking due to the dominance of social media, digital connectivity, and economic and political interdependence. However, to navigate that shrinking space effectively, languages offer the ability to maximise our chances at growth and development by opening new doors for cooperation. For as Frank Smith so notably stated, “One language sets you in a corridor for life. Two languages open every door along the way.” It is my fervent hope that The Wallace Family Bursary contributes in some small way to any young person at CSS who chooses to fall in love with languages, chooses the unfamiliar, and chooses to become an Ambassador of St. Kitts and Nevis to the world.

The Wallace Family Bursary, $1000. XCD annually will be administered by the Head of the Modern Languages Department. All inquiries can be directed to the Modern Languages Department at the Charlestown Secondary School. The full bursary will be given to a promising upper year student who takes both French and Spanish. In the absence of such a student the bursary will be divided between a French and Spanish student. The award will be donated at the start of each school year (September) using the most recent academic report as one of the main criteria. Other criteria, including need, will also be considered.