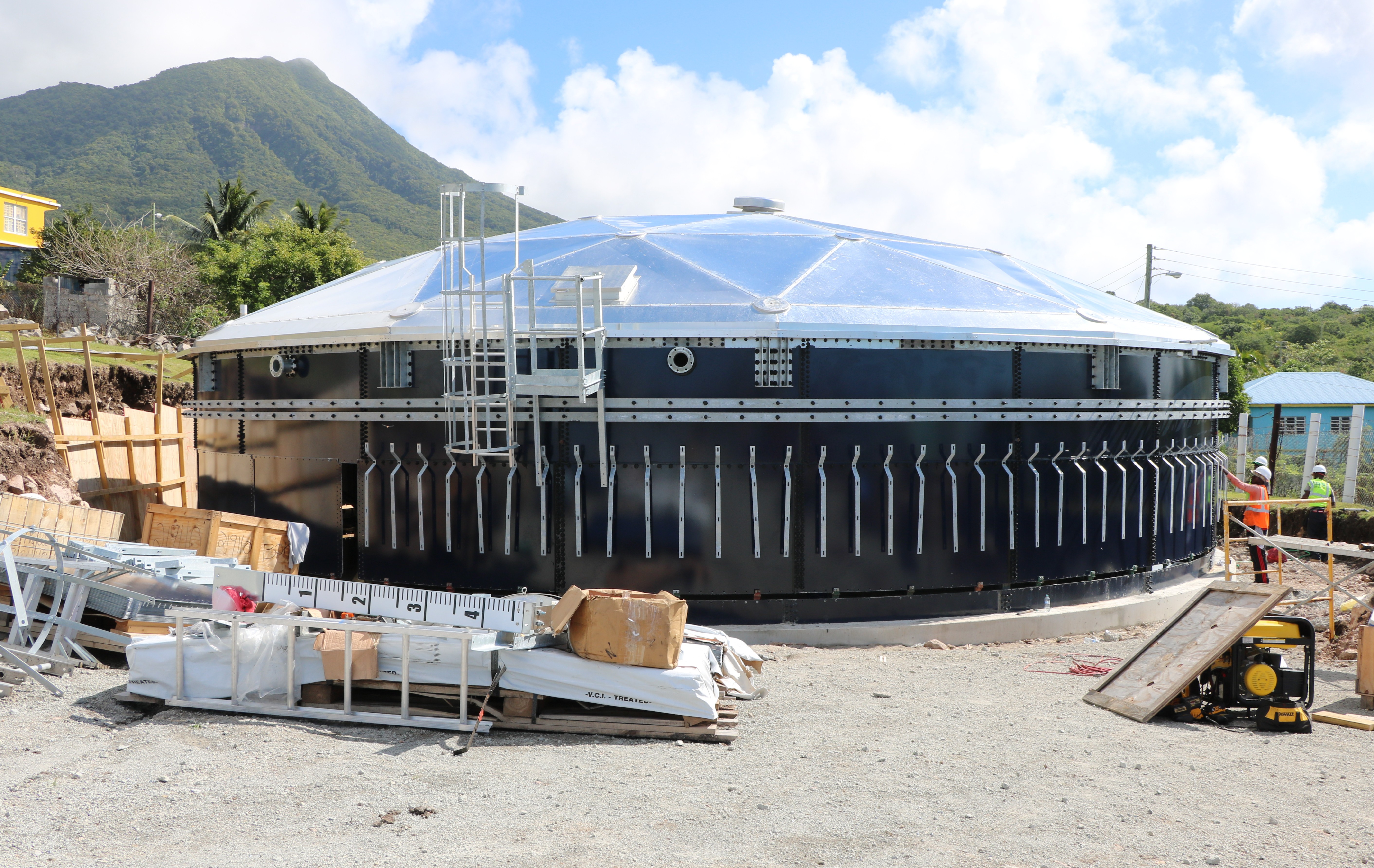 The new 400,000 gallon water tank under construction at Hamilton on January 16, 2020, as part of the Nevis Water Department’s Water Enhancement Project

The Minister made the comment during a site visit to the Hamilton reservoirs and water well on January 16, 2020. He expressed satisfaction with the ongoing project and spoke of the significance of the project to Nevis and its people.

“We also had a tank here which I think is over 100 years, and it has been sitting there for some time  and we believe that with that storage capacity the island of Nevis can do well so we embarked on this project,” he said.

Mr. Brand noted that it was a pleasant site for him to witness the constriction of the new water tank which on completion will have the capacity to store 400,000 gallons of water. He believes that the water project will not come a moment too soon to meet the demand for water on the island, given weather expert’s prediction of droughts forecast for 2020 and for developmental projects.

Regarding the old stone storage tank built in 1904, which was abandoned as a result of the wooden roof caving in, the minister noted that the roof would be replaced with a steel frame roof and would be returned to its original function.

The minister added that the existing fiberglass storage tank would be demolished and would be replaced with a filtration system from water harnessed from a well in Hamilton, ½ a mile away which was drilled some years ago. However it was rendered unsafe for consumption with high levels of manganese and iron.

Mr. Brand explained the reason behind the installation of the filtration system which is being constructed in the USA and is expected to be on the island by the end of January.

“We will continue to pursue new sources of water and we feel that this source of water here, based on the numbers that we have seen, in terms of the volume of water that we can get from this, we felt that it was financially prudent to add the filtration system to this particular well, and so in an effort to add that additional water this would be a good source of additional water to the island of Nevis.

Meantime, the Minister for Water Services pointed the need for additional water due to predicted adverse weather patterns and development on the island will be satisfied with the added water and storage facilities.