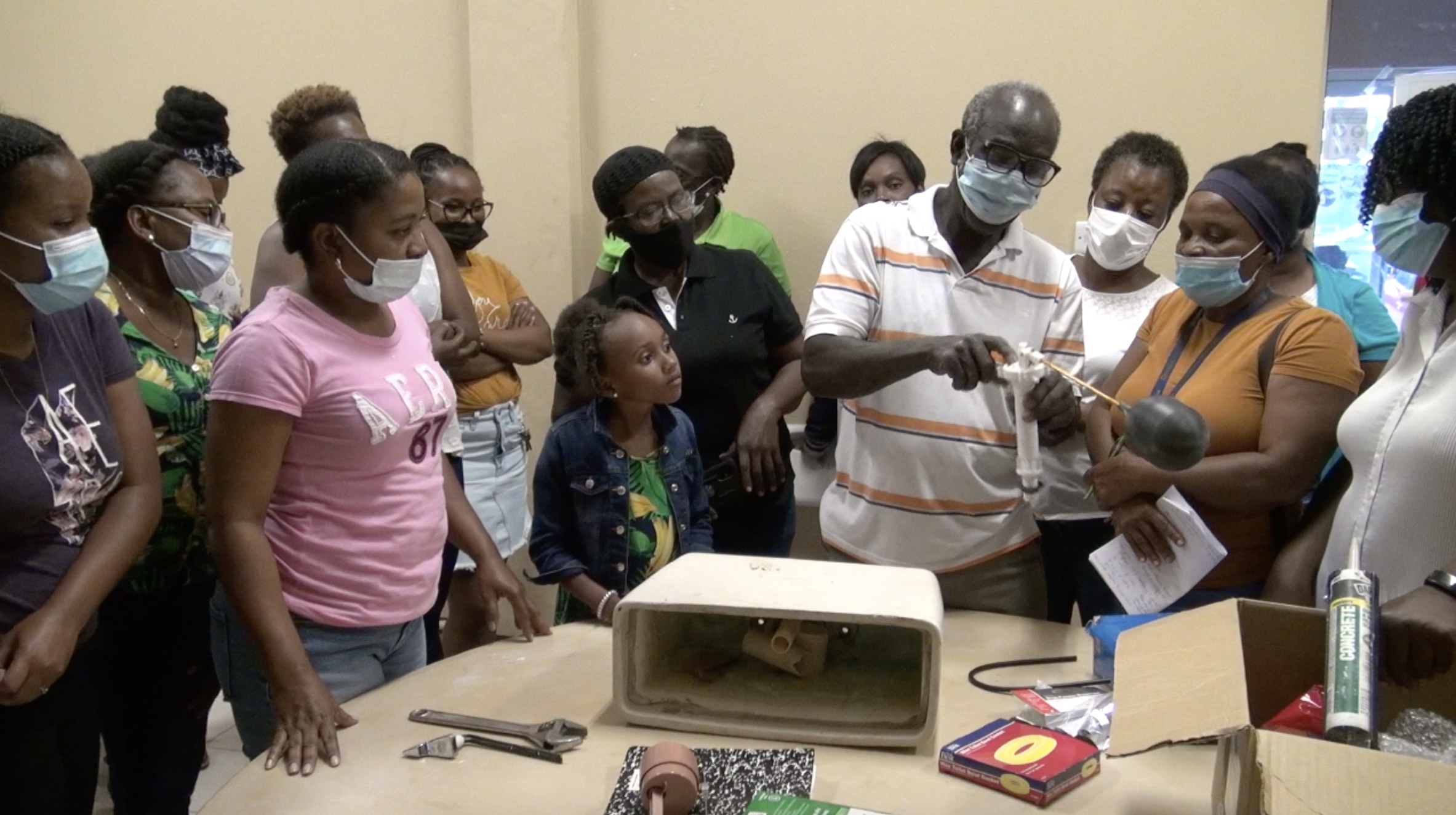 Participants at the Department of Gender Affairs’ Plumbing Workshop for Women at the Pond Hill Community Centre with facilitator Pastor Theophilus Kelly on March 30, 2021

NIA CHARLESTOWN NEVIS (March 31, 2021) — Women on Nevis are beginning to see the merit in doing skills. That view was expressed by Hon. Hazel Brandy-Williams, Junior Minister of Health and Gender Affairs in the Nevis Island Administration (NIA) on the second day of a Plumbing Workshop for Women from March 29 to 31, 2021, hosted by the Department of Gender Affairs.

The Junior Minister responsible for Gender Affairs was at the time looking on at the session at the Jessups Community Centre facilitated by Mr. Thomas Dore on March 30, 2021, when she spoke to the Department of Information. The workshop is part of the department’s activities for International Women’s Month.

“From the very onset that they put out advertisement for this workshop it was oversubscribed. Sixty persons have registered for his very important workshop…

“It means then, that our women have now started to think and to see the merit of doing skills becoming a part of the non-traditional skill-set which has been for all these years predominantly men dominated, and so I want to applaud the women who would have come forward to this very important skills training, that of plumbing,” she said.

Due to the COVID-19 protocols, the group was split in two sections according to their location in proximity to the venues – the Jessups Community Centre and the Pond Hill Community Centre. The sessions are being conducted simultaneously with facilitator Pastor Theophilus Kelly at Pond Hill.

The minister stated that there are other areas of interest by women for which the department plans to provide training this year.

“There has been an interest shown in basic mechanic as well as painting. So I am certain that throughout this year these other skill-sets for women will be put on, so that more and more women could be exposed to the non-traditional skills that were predominantly male dominated,” she said.

The Gender Affairs Minister added that women on Nevis are retooling themselves for the new normal, and getting themselves equipped for other jobs, in addition to want they have to subsidise their livelihood.

Mrs. Brandy-Williams commended the organizers from the Department for putting the workshops together and for carrying out the needs assessment to effectively come up with what she referred to as important skills workshops, to reequip women on Nevis at a time when some would have lost their jobs due to the COVID pandemic.