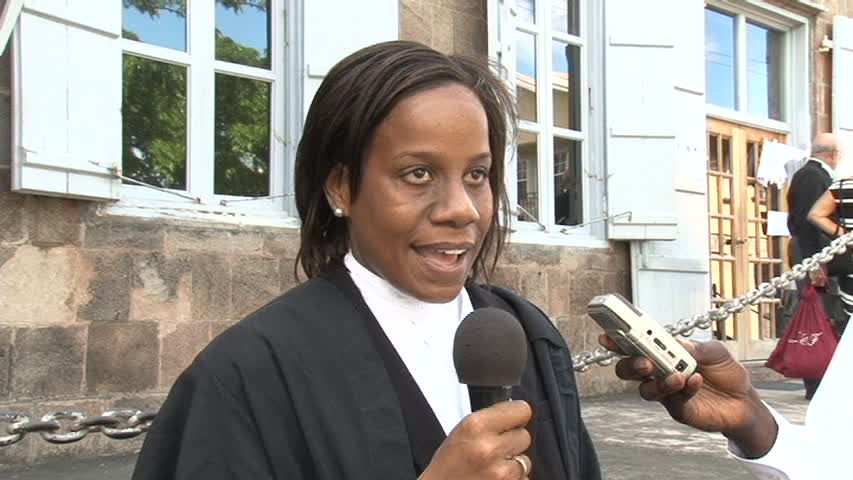 Nevisian Lawyer Ms. Fareeda Hobson with her parents Mr. and Mrs. Theodore Hobson in the backdrop outside the High Court in Charlestown
NIA CHARLESTOWN NEVIS ( December 16, 2013) –Ms. Fareeda Hobson, daughter of the longest serving lawyer on Nevis, passed on advice she said she had received from her father and learned senior, that would guide her and others like her who had taken up law as a career.
She was at the time speaking to media personnel, moments after a special sitting at the High Court on Nevis on December 13th 2013, which honoured Mr. Theodore Hobson QC for his 50th year as an official of the Court. He was called to the St. Christopher and Nevis Bar on November 12, 1963.
“I think what is very important is that my father has tirelessly emphasised the need for lawyers to give service to their community. He says that it’s not mostly about the money; it’s about giving back to others and I think this is a very important message for not only myself but for other lawyers to take,” she said.
The young lawyer also placed on record her congratulations to her father for his longstanding career. 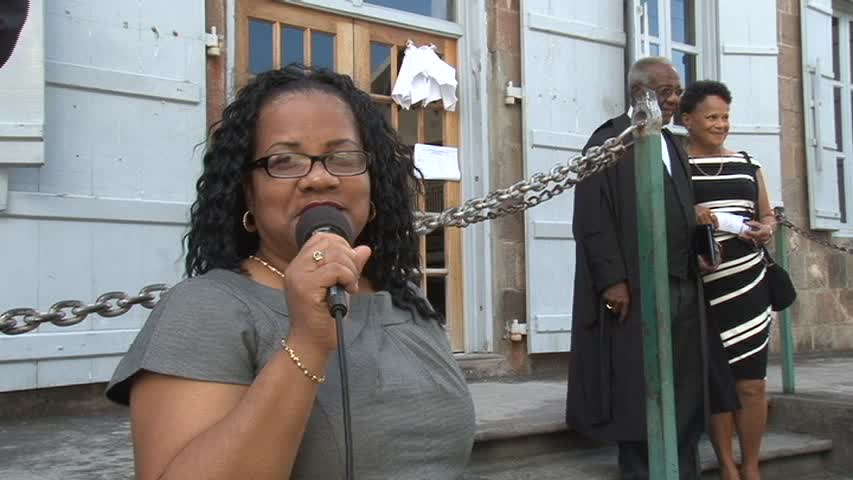 “I would just like to go on record to congratulate my learned senior, my father, of 50 years of being called to the bar of St. Christopher and Nevis and I would like to say that has been an honour to work with my dad for over a decade and it’s very heartening to me to hear the accolades that have been bestowed on him this morning,” she said.
Meantime, Mr. Hobson’s Secretary Mrs. Charmaine Hanley, who has served
Theodore Hobson and Associates for 27 out of his 50-year career, spoke of her experience.
“I just want to say congratulations to my boss Mr. Theodore Hobson QC. I have been with him for the past 27 years and it has been great,” she said.
Another lawyer on Nevis, Mrs. Jackie Hunkins-Taylor, added her voice to the host of congratulations for Mr. Hobson. 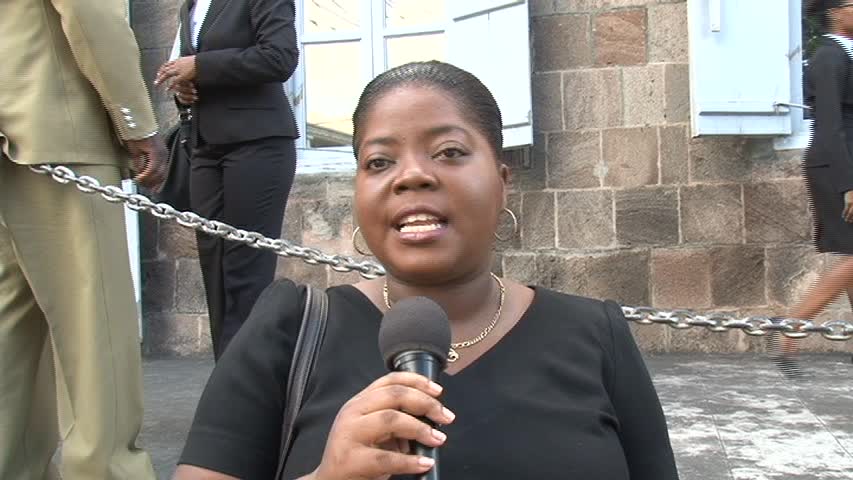 “I would like to congratulate Mr. Hobson on this important milestone. I wish him many, many more yearsin legal practice.
“He has been a good leader for us lawyers and we have a lot to emulate and learn from him and I wish him all the best as he continues on his legal journey and life journey,” she said.
The special sitting of the High Court was held before Acting Resident Judge for Nevis and Montserrat His Lordship Hon. Justice Albert Redhead and Acting Resident Judge for St. Kitts His Lordship Hon. Justice Darshan Ramdhani.
Also in attendanceat the Special Sitting held in honour of Mr. Hobson were Mr. Tapley Seaton QC, Mr. Charles Wilkin QC and Mr. J. Emile Ferdinand QC.