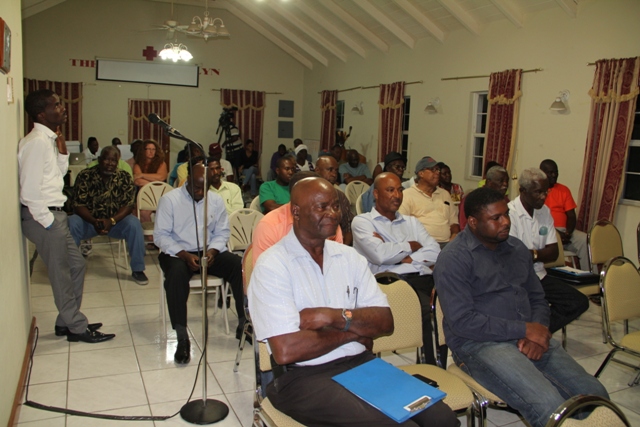 “This system provides for you to give information without your identity being known…All you have to give is the information as to what you know happened. Upon making that call, they will give you a four-digit number. You will call back within 30 days to find out the information you passed on, what happened to it.”
“I would want you to use this and provide us with the information that we so need in order to help us to make a difference when it comes to crime here on Nevis, in the country,”he said.
Liburd assured the general public that they will be using similar forum in an effort to engage the community and reduce crime on Nevis.
“In terms of the crime situation we want things to turn around, we want everybody to live peaceably in this country we want the visitors to come and be able to enjoy the country and feel happy upon their return home, that they had a good time here in Nevis,” he said.