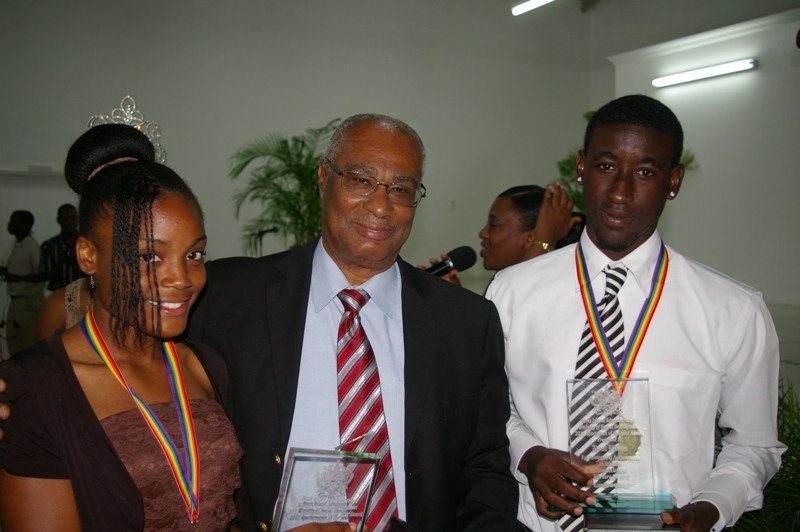 Premier of Nevis, Hon. Joseph Parry and Sports persons of the Year Miss Daniel
CHARLESTOWN,NEVIS (Friday, February 17, 2012)–The sport of athletics, and more specifically the Gladiators Track Club and Coach Wakeley Daniel were the big winners when the Ministry of Social Development in collaboration with the Sports Department, staged the 2011 Nevis Sports Awards Ceremony at the spanking new Cotton Ground Community Center on Thursday night.

Seventeen-year-old javelin thrower Adrian Williams and 15-year-old sprint queen Renika Daniel both of the Gladiators Club, copped the Sportsman and Sportswoman of the Year Award at the prestigious event, the first of its kind held on Nevis. 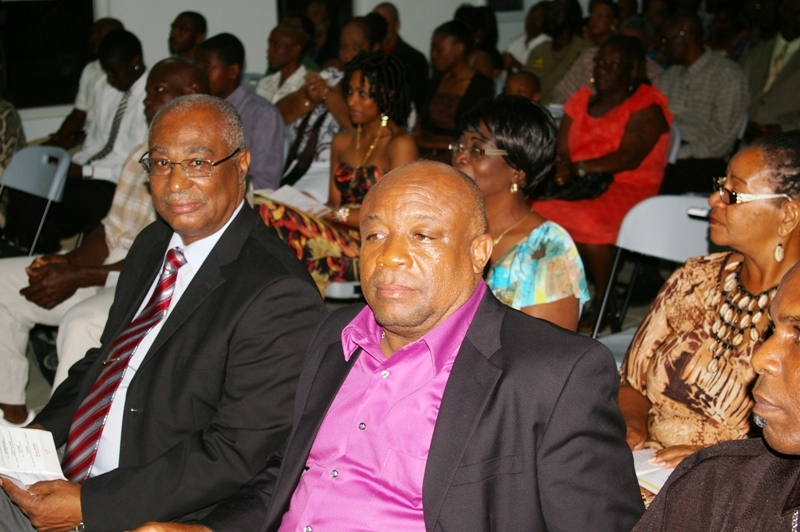 In congratulating the winners and other honorees, Premier of Nevis, the Hon. Joseph Parry stated “The Nevis Reformation Party-led Government continues to implement its policy of honoring Nevisian Sports personalities because they have dedicated themselves to hard work and discipline, and for that reason there is a need for them to be recognized for their contribution to Sports on Nevis.”

The Sports persons of 2011 were identified by their respective sports organizations as “Nevis’ Outstanding Sports Personalities” based on their exceptional achievements, locally, regionally and internationally in their respective disciplines.

Williams won his second gold medal at the 2011 Carifta Games in Jamaica, making him the first athlete from the Federation to win two consecutive gold medals at Carifta Games. He went on to win bronze in the javelin at the 2011 World Commonwealth Youth Games in the Isle of Man, Ireland, September 7-11. 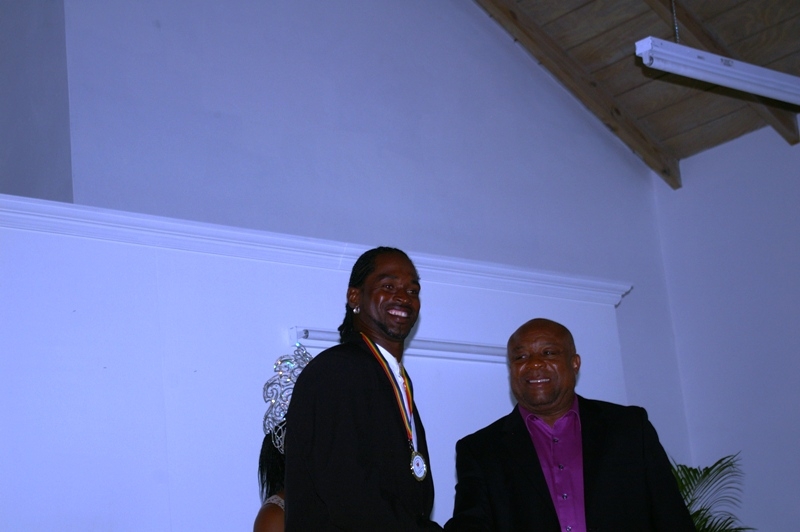 Daniel also represented the Federation in the 2011 Carifta Games in Jamaica, where she made the 400m Finals with a time of 57.15 secs., which qualified her to compete in the World Youth Championships in France, and the Commonwealth Youth Games in the Isle of Man.

With his mind clearly on the recent assault on US High Court Judge Justice Stephen Breyer, Premier Parry also noted the importance of extra-curricular activities among young people, and said that Cricket, Running, Basketball and other Sports can deter young people from a life of crime. 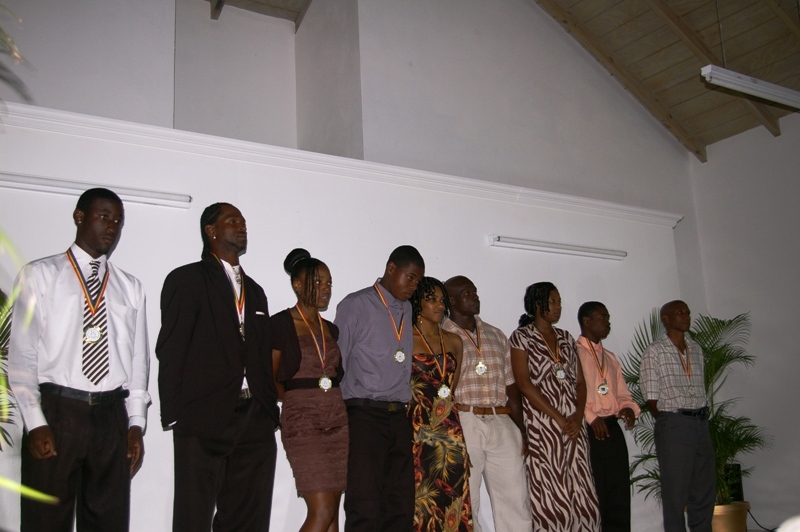 The Judges of the Sportsman and Sportswoman of the year were: Curtis Morton, Stevenson Manners, Vera Herbert, Gary Pemberton, Marcellus Lee and Lydia Thompson-Claxton.
Nine of the thirteen honorees were on hand for the grand occasion. Among those absent were cricket nominees, West Indies test cricketer Kieron Powell, who is representing  the Leewards in the West Indies Four-Day Tournament fixture in Jamaica, and Ruby Chapman who is seeking medical attention in Cuba. Raynaldo Chiverton of Drag Racing and Kathryn Bertine of Cycling were also absent.

Basketball’s Jennerson France of Cotton Ground Rebels won the competition for most popular sportsperson through a texting competition by the fans sponsored by Digicel – the Bigger, Better Network.  Local representative of Digicel Mrs. Yasmine Hanley presented France, as well as Williams and Daniel with Blackberry handsets. 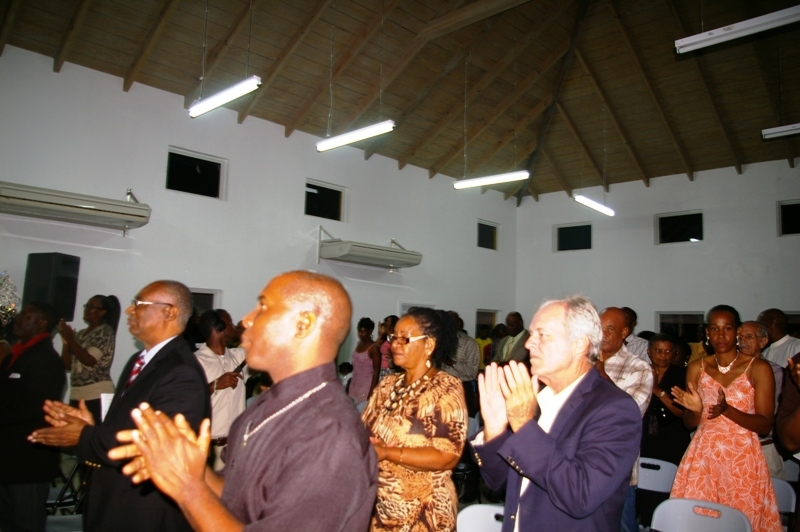 The entertainment for the night was provided by local junior masqueraders, the Okolo Tegreemantine Dancers and Drummers of St. Kitts, and rising soca sensation Ali Dee (Dore) who serenaded the honorees before the big announcement.