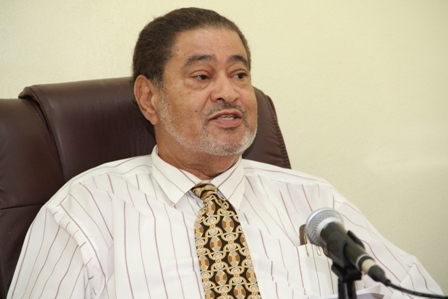 He made the passionate plea at a press conference held on Thursday February 17th at the Nevis Island Administration’s Ministry of Finance conference room with heads of committees charged with planning and executing the activities in celebration of the Diamond Jubilee of Queen Elizabeth II on Nevis from February to June 2012.

“We want the entire country, the entire Nevis population to be aware and to participate and to feel some sort of pride, in that, we have a Head of State who has been on the throne for 60 plus years now,” he said while he gave a skeletal overview of the scheduled activities.

According to the Deputy Governor General, the Queen deserved being honoured for a number of reasons, among them her squeaky clean image around the world. He was of the fervent view that the time had come for Nevis to join the rest of the Commonwealth nations to show their appreciation.

“Her Majesty deserves it. I know we have a lot of things in our head but let us for this six-month period put our best foot forward and let us celebrate, commemorate and show our appreciation to the very Good Lady for a work well done for her graciousness, her poise and her outstanding image in the entire world.

“I think we in Nevis are given an opportunity, afterwards we can go back to whatever we think but I am appealing to everybody, let us make this an occasion of which she would be proud. Remember her son and daughter in law would be here just for one day and we are hoping to make sure that they feel happy to be here,” he said. 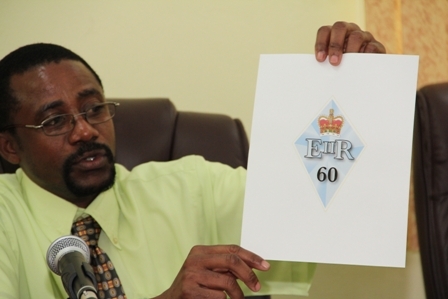 Mr. John explained that a committee had been set up on Nevis which he headed but the bigger committee in St. Kitts held its first meeting in October, 2011 and headed by the Governor General His Excellency Sir Cuthbert Sebastien which he was also a part of. The Committee launched its celebratory activities one month later.

He also used the opportunity to speak to the main event in the celebration which will be held on March 3rd, 2012 when two members of the Royal family visit for a one day.

“The real big thing for the celebration would take place on March 3rd this year and that is when we are going to have the Royal visit. Unfortunately for us in Nevis, it’s only going to be one day, Saturday March 3rd the Earl and Countess of Wessex would arrive in St. Kitts at Port Zante and there is a big programme.

“It would involve Nevis to the extent that as far as I know, people would be invited to attend their disembarking from the Royal Yacht on which they would be travelling at Port Zante. It is going to be broadcast live, it’s going to be recorded on television and the international press I believe would be there,” he explained.

Among the other activities planned will be a tree planting exercise with the Departments of Agriculture and Social Development, the re-enactment of the wedding of Horatio Nelson and Frances “Fanny” Nisbett at Montpelier Hotel will be organised by the Ministry of Tourism while the Ministry of Education will organise school treats for students to mark the occasion. 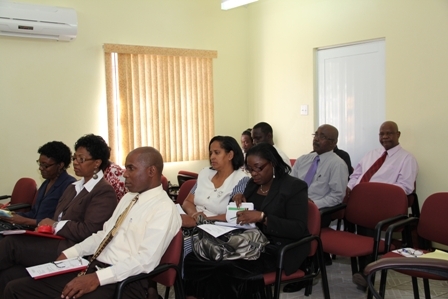 The Department of Sports will organise cricket, football and netball matches involving persons 60 years and over while the Ministry of Health is charged with organising six mile walks – one mile for every 10 years since the Queen’s ascension to the throne in 1952.

A stamp issue commemorating the coronation of Queen Elizabeth II will be released on June 3rd and the Queen’s Diamond Jubilee celebrations in Nevis will climax with a church service some days later on June 9th.

Notwithstanding, the Deputy Governor General said there was also space for volunteerism and any member of the public who wished to plan a celebratory event to mark the occasion were free to do so.

The press conference was chaired by Head of the Nevis Cultural Development Foundation Mr. Chesley Davis, who also presented a proposed logo conceptualised by Rawlins Photo Lab, for use by the Committee during the Queen’s 60th anniversary celebrations on Nevis.