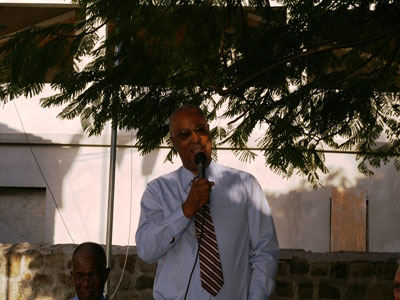 Premier of Nevis, Hon. Joseph Parry making brief remarks at NHCS ceremony
CHARLESTOWN,NEVIS(Thursday,February 16, 2012)–The Nevis Historical and Conservation Society (NHCS) on Saturday, Feb. 11 honored nine heroes and heroines who have made a difference on Nevis.  The ceremony took place on the grounds of the Museum of Nevis History under the theme: “Celebrating the contribution of our heroes and heroines to our History and Heritage,” and formed part of Heritage Week activities (Feb.11-18).

Speaking at the ceremony, Premier of Nevis, the Hon. Joseph Parry commended the NHCS on the gesture, and said that the heroes and heroines are important to the Nevisian fabric, and must be recognized for their work to the community.

“My Nevis Reformation Party (NRP)-led government has promoted ordinary folk by naming schools, parks or buildings after persons such as Arthur Evelyn, Inez France, Dora Stevens and others”, the Premier said.

He took the opportunity to speak fondly of former parliamentarian in the NIA, and long-standing businessman Mr. Arthur L. Evelyn, who accepted the token on behalf of his brother Ken (Evelyn).  The Hon. Joseph Parry said that both Evelyn brothers had shown great humility, as they have assisted and supported many persons quietly on Nevis. 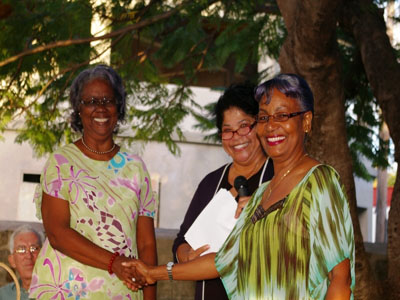 Mrs. Miriam Knorr, he said, has been a fixture on Nevis for many years, and had orchestrated  regular beach clean-ups of Nevis beaches during the better part of those years.

The Premier also paid tribute to Ms. Lyra Richards, stating that she (Ms. Richards) was a founding member of the Nevis Dramatic and Cultural Society (NEDACS), a drama and cultural society dating back to the early 70’s, and which initiated the island’s premiere Cultural Festival Culturama in 1974.

“Lyra has done much for our society, and she too is a heroine,” commended the Premier.

In discussing Mr. David Robinson and his wife Joan (deceased), Premier Parry enlightened the audience how the American couple who came here in the early 1980’s as Peace Corps Volunteers, had assisted in the building and restoration of the Hamilton House, the birthplace of United States founding father Alexander Hamilton. Since 1983 the building has housed the Museum of Nevis History on its lower level, and the Nevis Island Assembly on the top floor.

“This couple visited Nevis and helped to create the Hamilton Museum, and they have helped with the promotion of the Nevis Historical and Conservation Society,” Premier Parry said. 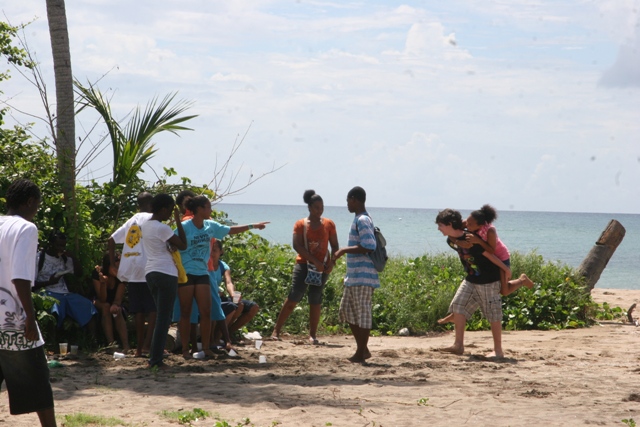 While time did not permit him to elaborate on the contribution of Orville Liburd, Edward Herbert, Bertram Roach and Analdo Chiverton, the Hon. Joseph Parry noted that history is important to any society, and it is up to the adults to get the young people to know it, understand it and love it.