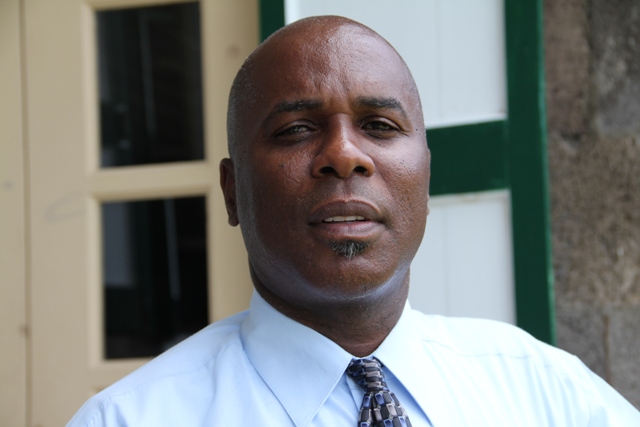 NIA CHARLESTOWN NEVIS (May 13, 2020) — Mr. Alsted Pemberton, a career civil servant of 37 years, encouraged Permanent Secretaries and Heads of Departments in the Nevis Island Administration to continue to work together to effect meaningful social change on Nevis.

He made the call at a small farewell reception on May 8, 2020, hosted by the Ministry of Social Development, where he served as Director of the Social Policy and Sustainable Human Development Unit, his final appointment within the ministry.

“I just want to take this opportunity to say thank you to all of you, the ministers, the PS Ministry of Social Development, the PS Human Resources and all the Heads of Departments…and to say to you continue to work together to promote meaningful social change throughout the community of Nevis,” he said.

Mr. Pemberton who worked in several areas within the Service stated that although he was retiring he would assist if needed.

Mr. Pemberton who retired as of May 12, 2020, used the opportunity to thank all those persons he had worked with him during his tenure at the ministry, noting that he would not have succeeded without their help.

Mr. Pemberton explained that he joined the ministry in 2006 but prior to that he entered the Public Service as a clerk at the Parcel Post, Customs Division which was located at the Old Treasury Building in Charlestown.

From there he moved to the Department of Education and taught for five years at both the Gingerland and Charlestown Secondary schools where he focused on Science subjects.

“He has been an all-rounder in the civil service…and would have given 37 unbroken years and that deserves commendation… and for him to have given 37 long years of service to the government and people of this beautiful island of Nevis is no mean feat.

“Thirty-seven years is a long time to work in the government service and I am sure Mr. Pemberton would have given quality service. I believe he would have been a wonderful and very effective manager,” he said.

The minister also commended Mr. Pemberton for his accomplishments within the ministry.

“I am delighted to hear that you were the one who would have been at the forefront of some of these programmes that we are now benefiting from and many persons in Nevis are now benefiting from. So I really want to thank you for the sterling service that you would have provided to that particular ministry… All who benefit from that ministry are all the better from your sterling quality service in the Ministry of Social Development,” he said.