CHARLESTOWN NEVIS (April 26, 2010) — Chief of Air Traffic Services on Nevis Mr. Daron Sutton, told the Department of Information on Monday, that April 2010 has been the wettest ever recorded since the Met Office at the Airport in Newcastle began its Air Traffic Control/MET operations in 1998.

Meantime, General Manager of the Nevis Water Department Mr. George Morris said though Nevis had enjoyed a weekend of much rainfall (38.1mm according to statistics from the Met Office at the airport in Newcastle),  after a prolonged drought since November 2009, there was need for continued conservation.

“I would want to say that we still have to use precaution because we are doing much better than a month ago but I would still like to echo the sentiments of conservation. It is not because we are seeing water in abundance right now, [we have to] remember where we came from within a couple of months.

“The emphasis is on conservation, we should still try to conserve water. When we have more water from our surface springs, we would take less from ground water sources. We get a lot of wastage in schools and public buildings” he said. 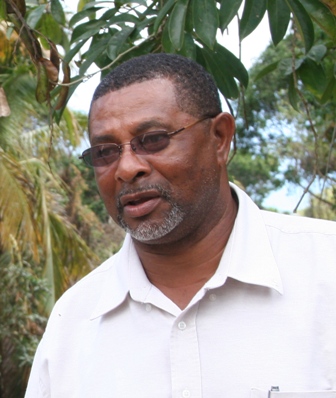 The Water Official said a representative from the Department was slated to attend a drought management conference in St. Lucia from May 27-28. He said the Caribbean Basin Initiative Management Project in collaboration with the Caribbean Development Bank would sponsor the conference on the topic “Drought Management Issues, Challenges and Lessons for the Caribbean Water utilities”.

Notwithstanding, Mr. Morris explained that the weekend’s rains had a positive impact on the island’s water resources as a result of reduced consumption. He said there was less need for portable water therefore, there was a lessened demand on the Department’s wells even for a short period of time.

He said during the drought their three water sources – the Nevis Peak Source, the Camps Springs and the Maddens Source – were flowed at maximum capacity.

In addition, Mr. Morris noted that the larger pipes placed in the areas of Fothergills along with the rains helped to alleviate shutting off the water supply at nights in some areas.  The work that was done at Golden Rock helped the department to move a greater volume of water from Fothergills to Stoney Hill also assisted.