Attorney General and Federal Representative for Nevis 11, the Hon. Patrice Nisbett
Charlestown, Nevis (Wednesday, December 5th, 2012)–Attorney General of St. Kitts-Nevis and Federal Representative for Nevis 11, the parishes of St. James and St. Thomas, the Hon. Patrice Nisbett on Saturday chronicled his many achievements as a federal minister before scores of Nevisians and well-wishers at a Town Hall Meeting at the Toronto Plaza Hotel in Toronto, Canada.

Nisbett, the visionary Nevis Reformation Party (NRP) member joined members of the Nevis Island Administration (NIA) in addressing close to 130 persons, mostly Nevisians and friends of Nevis, on the second day of a highly-successful three-city North American week-end tour which also included the cities of Boston and New York in the United States.

He told the attentive audience that since becoming the Attorney General on February 7, 2010, he had utilized a portion of his salary to establish a scholarship fund for students in his home constituency of St. James. The fund named “The Andrew Jones Memorial Scholarship” for the late marine biologist Andrew Jones of Barnaby Village, caters to students from the Violet O. Jeffers –Nicholls (VOJN) and St. James’ Primary schools who are identified by their respective schools as being most in need of financial aid.

These students receive a cheque of EC$1,000 to assist with their educational development, courtesy of the Hon. Patrice Nisbett.

The gesture is a classic manifestation of Nisbett’s philosophy, where a man who has been elevated by family, teachers and community, sees it fit to ensure that the young people of his constituency benefit, and also receive the opportunity for elevation, and that no child is left behind. 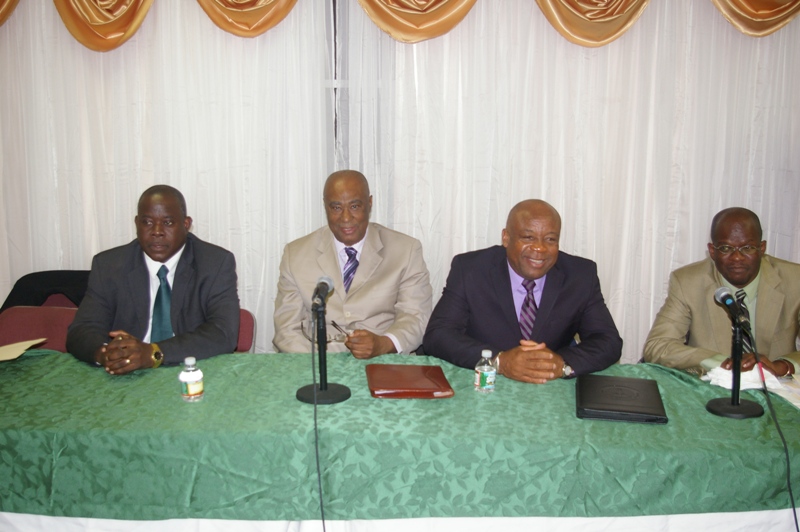 The young Nevisian lawyer and distinguished scholar outlined his outlook for education in Nevis, noting the necessity of good government policies and caring politicians to make education affordable and accessible to all.

To the financial benefit of Nevis, Mr. Nisbett said he had prepared legislation so that companies doing business in Nevis were obligated to pay their corporate taxes to the Nevis Treasury for the first time since Independence in 1983.

”It is because of the bill that I put together, dubbed the Corporate Tax Bill, that Nevis has received over $10 million directly into the treasury”, said Hon. Patrice Nisbett to thunderous applause from an appreciative audience.

He said he has also vigorously lobbied inside the Federal Cabinet for more money for Nevis from the Sugar Industry Diversification Fund (SIDF), a fact acknowledged by Premier Parry who told the meeting that the SIDF had followed through with financial assistance for Nevis.

Hon. Nisbett explained how he ensured with the support of Prime Minister the Rt. Hon. Denzil Douglas, that the One-to-One Laptop Program would not just benefit the students of St. Kitts as originally intended, but would also benefit all secondary and Sixth Form College students on Nevis as well.

Nisbett who has overseen, what has been described as perhaps the busiest legislative agenda in the history of the Federation, said he piloted the Anti-Gang legislation through the Federal Parliament to help curb the incidence of crime and violence which was on the rise in St. Kitts and Nevis. 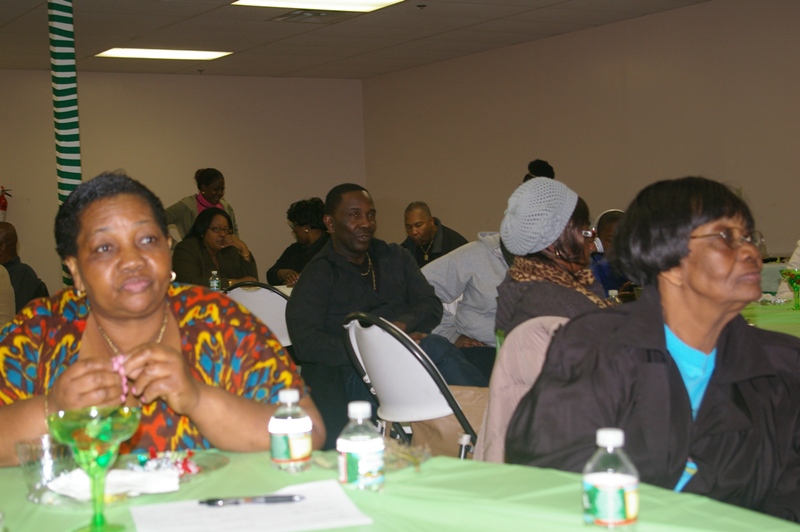 Moving to the youth, the Attorney General said that when the Ministry of Youth Empowerment in St. Kitts established its Award Program two (2) years ago, dubbed the “25 Most Remarkable Teens in St. Kitts”, he intervened and negotiated with his fellow cabinet member and Federal Minister of Youth, the Hon. Glen Phillip, to ensure that as of 2012, it would be the “25 Most Remarkable Teens in St. Kitts and Nevis.” Five Nevisian students (Ranaldo Bartlette, Arianna Maynard, Dennisia Clarke, Nekhalia Tyson and Jaleel Huggins) were honored this year, in the Nov. 14 ceremony held in the National Parliament.

Nisbett, though not a member of the Nevis Island Administration, said he had worked with the Nevis Island Cabinet to ensure that St. James Parish boasts a Wind Farm in Maddens, the first in the OECS. In addition, the parish of St. James has received two new community centers in Fountain and Combermere (named the Franklin A. Browne Community Center), refurbished roads and affordable housing in Maddens, New Castle and Eden Browne.