Speaking of the new complex, Premier and Minister of Sports the Hon. Joseph Parry said residents of Nevis truly deserve a facility of this kind in order to continue cultivating some of the finest athletes on the island, and the region.

“We believe that this will help uplift our youths because we know that all sports have rules and rules force us to level the playing field,” said Premier Parry.

He said that delivering the facility was consistent with the former Minister of Sports Mr. Hensley Daniel’s promise of a grand sports facility for Nevis, and Daniel has overlooked and consulted on the project from conception to completion.

As the date for commissioning draws near, speculation is rife as to whom the island’s newest sports facility will be named for? While in government Daniel was adamant that our society should be recast in the local image, and under his watch several sporting facilities were renamed after local sportsmen and women, and administrators.

According to the Permanent Secretary of Sports, Mr. Alsted Pemberton,”suggestions are presently being accepted by the Sports Department.” 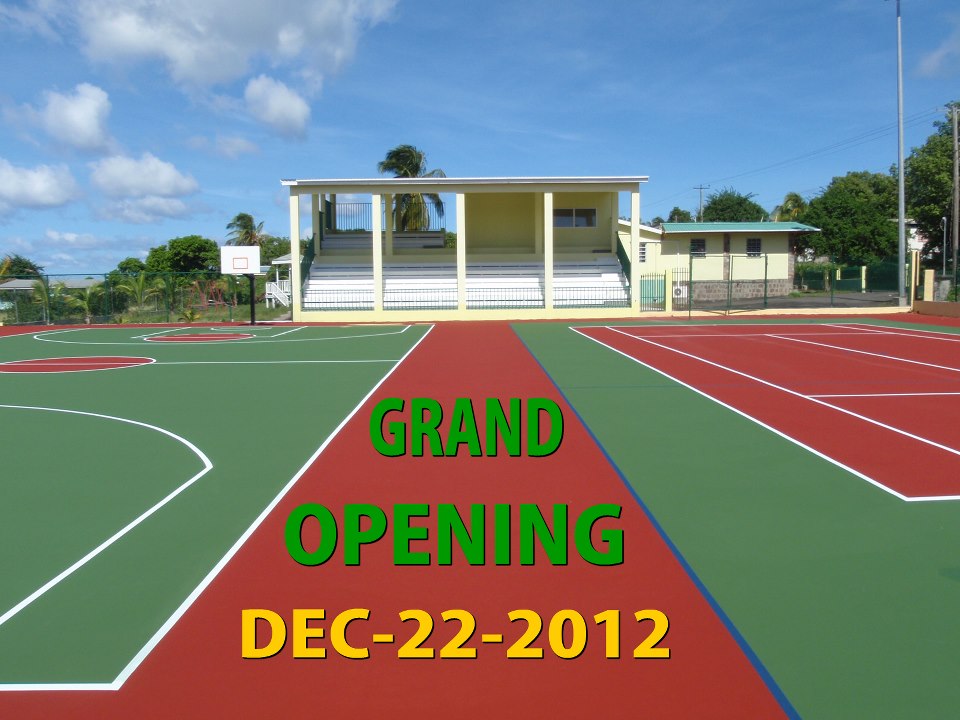 The fully-equipped Sports Center adjoins the Brown Hill Community Center which has been refurbished and transformed from the poorly-constructed and dysfunctional state left by the former Concerned Citizens Movement (CCM) Administration.

The new facility which boasts three (3) hard courts for basketball, netball and tennis will include a commentary booth with private bathroom, and capabilities for phone, Internet and cable access.

It has a seating capacity for over 300 persons, multiple bathrooms for patrons, spacious store rooms, a bar and a kitchen facility.

Drawing comparisons to other important landmarks conceived and developed by his Nevis Reformation Party-led Nevis Island Administration, Premier Parry said, “similar to the St. James’ Drag Raceway, the Nevis Performing Arts Center (NEPAC) and the Cherry Garden Housing Community, the new sporting facility at Brown Hill will be the envy of the Federation.”