NIA-CHARLESTOWN, NEVIS (February 10TH, 2011) — In a heart-warming speech delivered last Thursday [Feb. 4], Attorney General [AG] and Minister of Justice and Legal Affairs in the federal government the Honourable Patrice Nisbett expressed his delight that residents of the St. James parish will, later this year, receive a state-of-the-art community centre.

While the building is being constructed in Combermere, it is expected to serve residents of Rawlins Pasture, Camps, Mount Lily, Potworks, Barnaby and Liburd Hill villages which are all close in proximity.

The villagers, according to AG Nisbett, “welcome the community centre and would, in time, be active participants of the various programmes that would be undertaken in the facility.”

“This community centre, I believe, would become the epicenter of the area and also add to the aesthetics of the community,” he underpinned just moments before recording his gratitude to Minister of Community Development in the Nevis Island Administration [NIA] the Honourable Hensley Daniel. 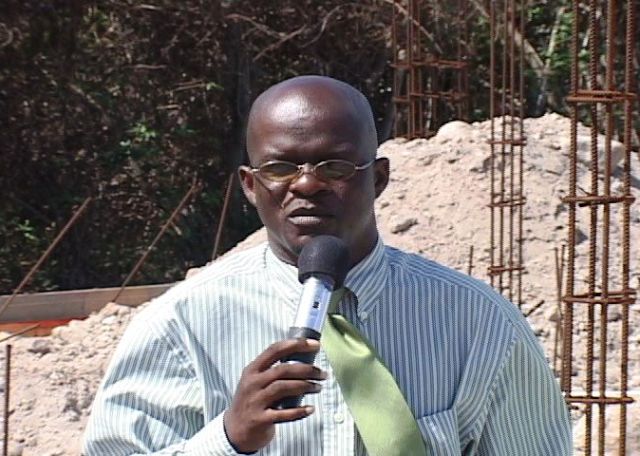 The NIA, he explained, “had invested a large sum of money in the people of Combermere and the surrounding areas.”

The Community Development Minister, who journeyed to the construction site with AG Nisbett, Director of Public Works Mr. Raoul Pemberton and Permanent Secretary in the Ministry of Works Mr. Ernie Stapleton, said the visit was “to ensure that the work was proceeding at pace.”

“Since we started government we had indicated that the focus of our attention is people and these centres are to reflect that very ideal and that very concept,” Mr. Daniel added.

Upon completion of the building, residents of Mr. Nisbett’s St. James constituency would receive training in computer skills and leadership and are expected to benefit from the homework assistance programme.

“Programmes, which have become too big to be held on galleries and garages or in small buildings or in churches and schoolrooms, will now move to the community centre and that will give the impetus for further community activities in the area,” Minister Daniel stated. 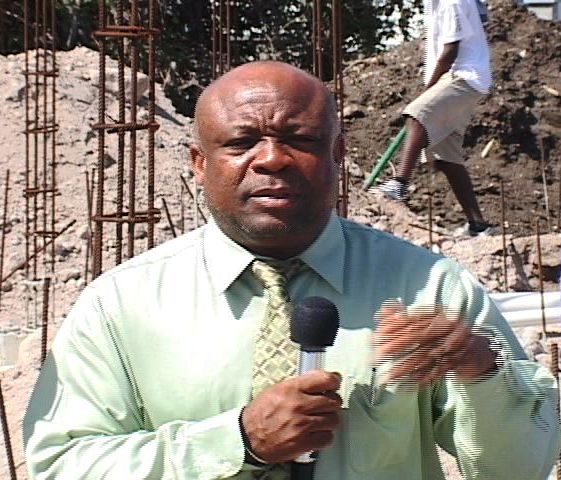 Minister with responsibility for Community Development in the Nevis Island Administration the Honourable Hensley Daniel.

“I want to remind the people of St. James that even though in the 2006 elections they did not vote in overwhelming numbers for Mr. Nisbett, they are getting an overwhelming community centre here in St. James,” he said.

The Combermere Community Centre is being constructed by Mr. Livingston Mills and his team at Livi’s Construction and supervised by the Public Works Department.