Producer of Boston’s acclaimed Chronicle programme Maggie Harper
NIA CHARLESTOWN NEVIS (January 27, 2014) – A team from the American Broadcasting Company (ABC) affiliate WCVB 5, left Nevis on January 24, 2014, at the end of a week of filming in preparation for an upcoming episode of Chronicle scheduled for airing in February.
In a brief interview with the Department of Information on January 22, 2014, the show’s producer Ms.Maggie Harper spoke about the programme.
“I work for a programme called Chronicle. The Boston Chronicle is a half hour programme that is on five nights a week and it has been on for over 30 years. It is one of the most popular programmes in Boston and throughout New England.
“We are doing a half hour on Nevis. The Chronicle does a fair bit of travel. We are not primarily a travel show. We do a bit of everything from health programming to trends to politics. We do everything; we do murders, we do crime but two times a year we try to get to a warm place in the winter so that Bostonians can dream about other places they can go to be comfortable,” she said.
Ms. Harper thanked officials of the Ministry of Tourism and the Nevis Tourism Authority who she said had facilitated the film crew and spoke to some of the areas that were filmed.
“This show will feature Nevis exclusively and thanks to the Ministry of Tourism we have gotten wonderful access to some of the finest hotels, everything from the Golden Rock to the Montpelier to Nisbet and of course to the Four Seasons… 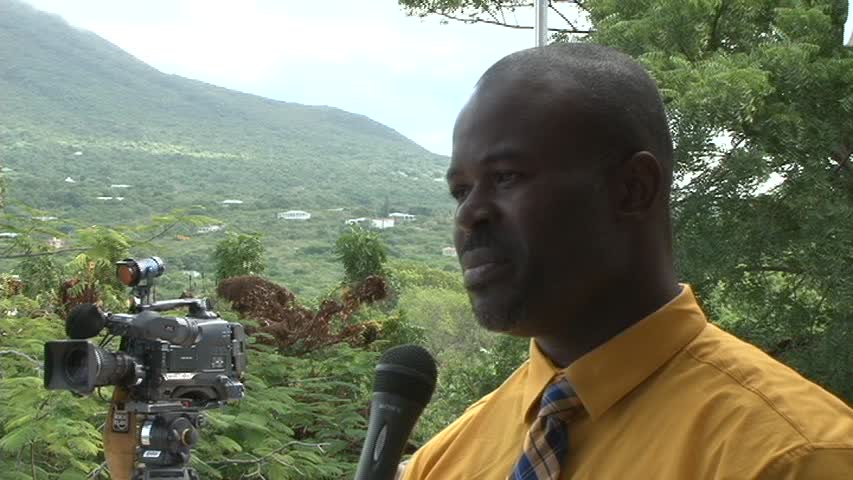 “Our reporter, his name is Anthony Everett and he has been with us for several years and Anthony is just a wonderful, wonderful journalist and he has been a news anchor-man before he became the host of our programme. We asked Anthony to do everything. We had him golfing, diving for lobster. We had him horseback riding. We had him jet packing in St. Kitts (We did one thing over in St. Kitts),” she said.
With regard to why Nevis was selected to be highlighted on the Chronicle programme, Ms. Harper said after she had done the research on Nevis and wanted to experience the island first hand and share it with others.
“We started looking at where we have been before and we start doing our research and I’ve certainly heard of Nevis over the years [but] I have never been to Nevis. So,, I as the Producer, sort of zeroed in on Nevis as a place I personally would like to go.
“Our programme had been here, I think, about 15 years but I think it was a combination of St. Kitts and Nevis and once I started doing my research, I decided that I really wanted to focus just on Nevis because of everything I had read about it. I thought we could really make a beautiful half-hour programme,” she said.
Ms. Harper was accompanied to Nevis by veteran Photographer and Cameraman Bob Oliver.
Meantime, Greg Phillip, Chief Executive Officer of the Nevis Tourism Authority said that with Nevis on the Chronicle programme it would assist with the Authority’s marketing efforts. 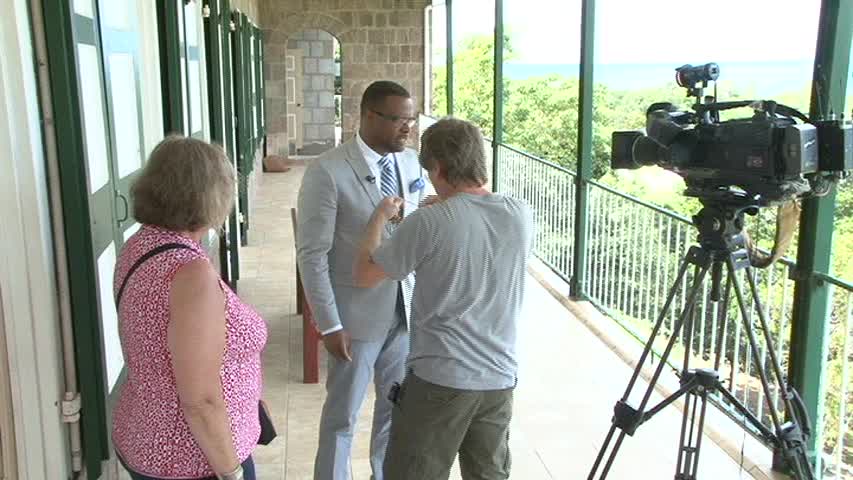 “It’s an excellent marketing opportunity for us so I am glad that they are here and we are going to capitalize on that. It’s especially important that we are on a show like this because one of the Trade Shows we normally do is called the Boston Globe Travel Show and we are doing that and it comes up early on the 6th of next month.
“So for us to go in that market and have a show like this either leading our visit or coming after our visit is an excellent, excellent opportunity for us because it just means that we are going into an area where people have an awareness of Nevis and it would be a recent awareness because they would have seen the show. So it’s excellent timing for them to be here at this time,” he said.