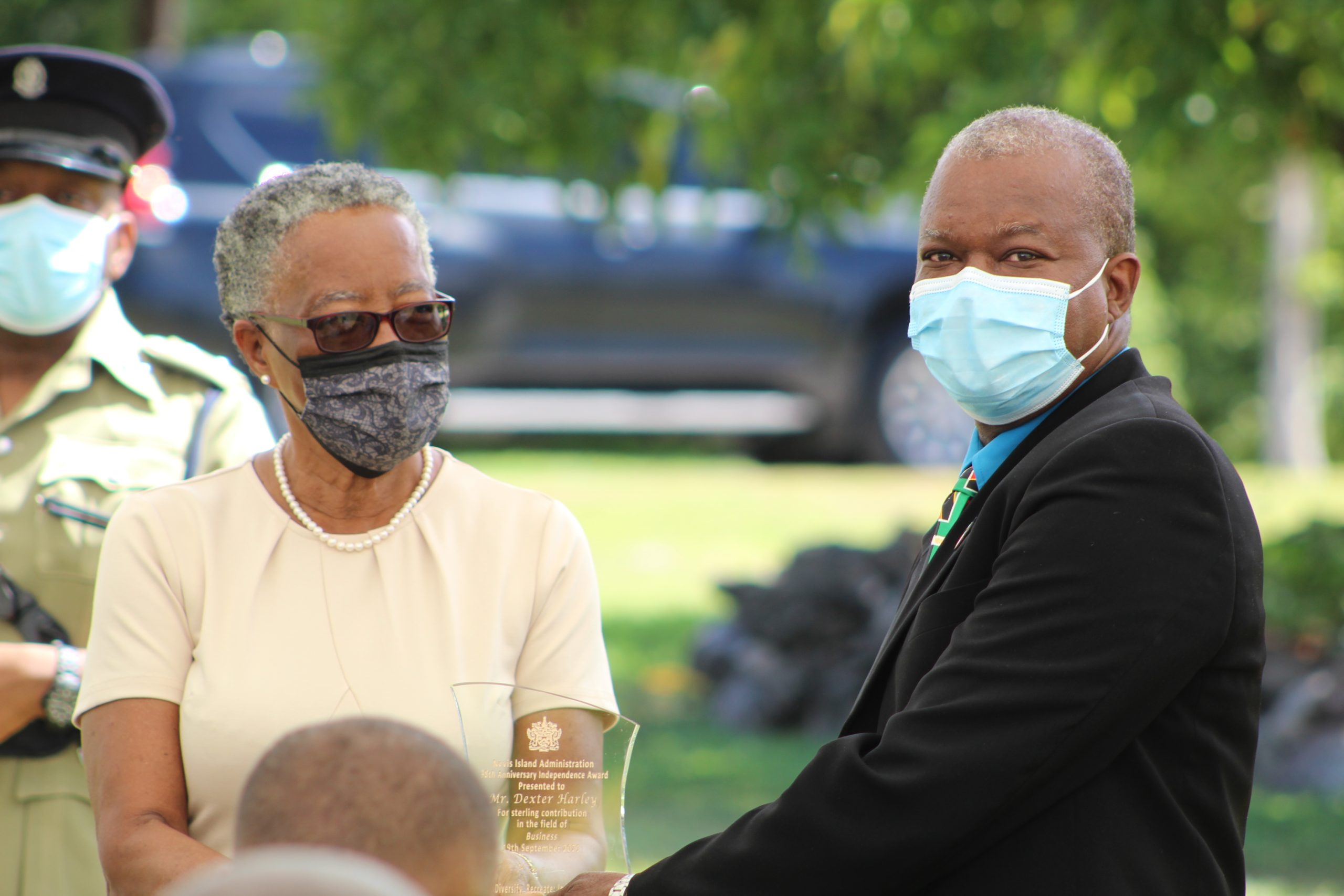 Her Honour Mrs. Hyleeta Liburd, Deputy Governor General on Nevis, presenting a plaque to Mr. Dexter Harley at an Awards Ceremony at Government House on September 20, 2021, on the occasion of the 38th Anniversary of St. Christopher and Nevis

NIA CHARLESTOWN NEVIS (September 30, 2021) — Mr. Dexter Harley, a businessman from Brick Kiln Village was honoured for his contribution to Business at an Awards Ceremony at Government House in Bath Plain on September 20, 2021, on the occasion of the 38th Anniversary of Independence of St. Christopher and Nevis.

During the ceremony, Mr. Harley who was presented with a plaque by Her Honour Mrs. Hyleeta Liburd, was described as one who contributed to economic activity, and one concerned with the wellbeing of others.

Mr. Harley attended the Whitehall/St. James School before migrating at an early age to the US Virgin Islands. After graduating from school there he worked as a partner in a Greek restaurant while at the same time working as a political advisor.

After he got married, he left the Virgin Islands for the mainland United States where he continued as a political advisor before becoming a financial advisor.

On his return to Nevis, Mr. Harley settled in his village, and is described as becoming a pinnacle in the community over the years. Trained as Financial Advisor, he was able to use his skills to engage in volunteer work when needed.

Four years ago, Mr. Harley decided to become an entrepreneur and opened up a restaurant at the Airport Drive, Main Road in New Castle Village and named it “The Runaway Grill.”

Although he is bogged down with work, the Brick Kiln Villager continues to find time to reach out offering help to those in need, in keeping with his motto “Don’t ask for help but always help others because a person in need is a priority not a problem.”