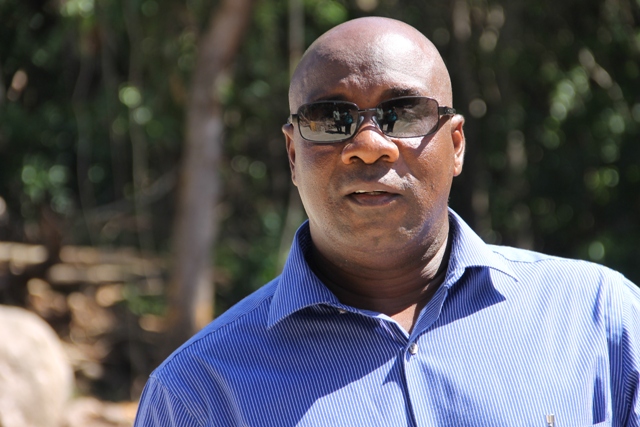 Hon. Alexis Jeffers, Minister of Housing and Lands in the Nevis Island Administration and Chairman of the Nevis Housing and Lands Development Corporation Board of Directors on a recent visit to the construction site of a bridge at Colquhouns Estate just above Cotton Ground Village

NIA CHARLESTOWN NEVIS (FEBRUARY 03, 2016) — Chairman of the Nevis Housing and Land Development Corporation (NHLDC) Hon. Alexis Jeffers expressed satisfaction with the construction of a bridge at Colquhouns Estate which is earmarked for completion later this month.

Mr. Jeffers who is also the Minister responsible for Housing and Lands in the Nevis Island Administration (NIA) told the Department of Information recently, that the project, which would grant ease of access to lands in the area, is a collaborative one between the NIA and the private land developers.

The Minister also explained that the project is a critical one for the area. He said the ghaut which carries a large volume of water during inclement weather goes as far as Fort Ashby and empties into the ocean. 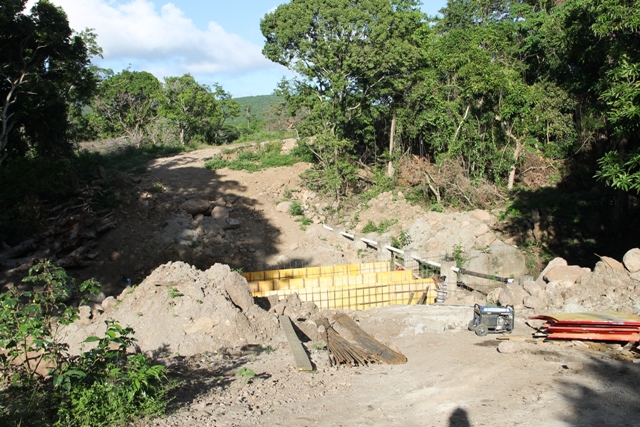 “So this [project] was a must and it has been an effort that I believe, will bear fruit in the sense that we would have alleviated major challenges that will not be encountered in the foreseeable future. I am happy with the turn out of the project thus far with some more work to be done but of course so far so good,” he said.

According to Minister Jeffers, the cost of the project to the administration would have been a prohibitive and an impossible undertaking if it were tackled without the assistance of others.

“Because we sell land at a concessionary rate at the corporation, it would have been difficult to recoup enough monies from the sales to build this bridge which is significant in cost.

“So we partnered with the developer Leighton Thomas who is doing some villa/condo type development about a quarter mile up from us in a private/public partnership and put our resources together to bring this bridge to fruition,” Mr. Jeffers explained. 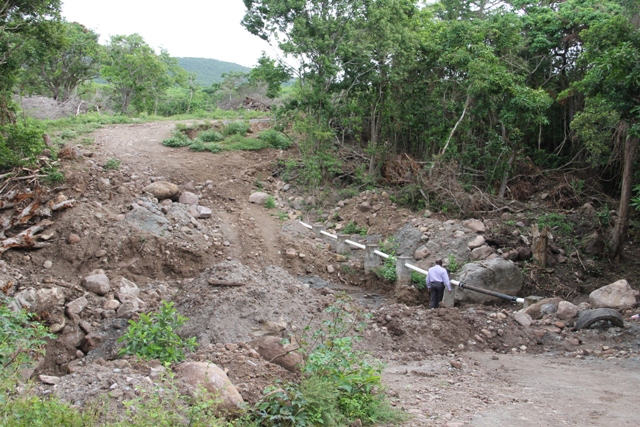 The Minister stated that the administration owns two acres of land across the bridge and in recent months it had made those lands available to persons in the Cotton Ground and Barnes Ghaut villages who are desirous of purchasing land in the area.

“This certainly made it easier for at least the developer at the top to proceed with his development and also it has made it possible for us to make the two acres of land available.

“So I believe about six to seven persons would be able to own a piece of those two acres there and build themselves a dream home at some point in the future,” he said.

He said he was pleased with the work that had been accomplished so far despite the November rains which had hampered work at the start of the project. However, he expressed hope that the February completion was on target with the construction of retaining walls and smoothing out the road.

A concrete road which will link the bridge to the Barnes Ghaut area will be constructed in the project’s second phase. 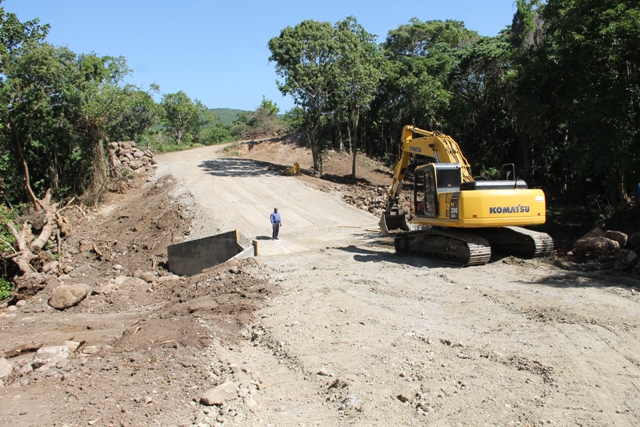 The contractor for the first phase of the project is Mr. Calvert Herbert of Cotton Ground and the Minister expressed satisfaction with the significant work he has done in constructing the bridge to specification in a timely manner, despite the challenges faced.