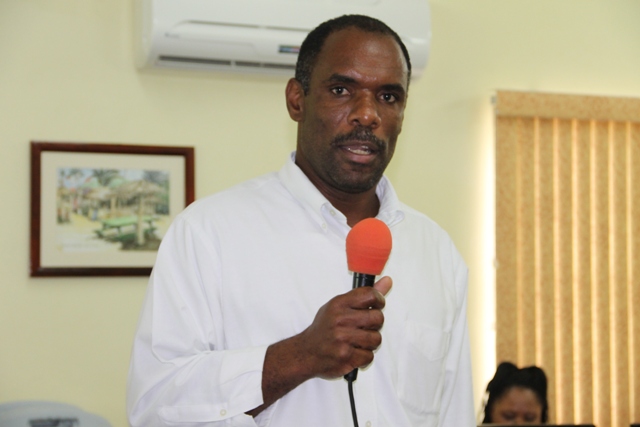 Acting Permanent Secretary in the Ministry of Finance in the Nevis Island Administration Colin Dore
NIA CHARLESTOWN NEVIS (June 04, 2014) –The Nevis Island Administration (NIA) through its Ministry of Finance, embarked on a training exercise for its Budget personnel at its conference room from June 02, 2014 in an effort to upgrade the existing method used to prepare the annual budget.
In an interview with the Department of Information on June 04, 2014, Acting Permanent Secretary of Finance Colin Dore noted that at the end of the vigorous training, the in-house capability of the Ministry would increase.
“We know our annual budget is prepared in December and so, as far as that training process in terms of recreating the data to fit into that, we have sought to organise a training session for those clerks at the Departments, who will be directly charged with providing the numbers that fit into a budget, that would be reflected at the end of the year,” he said. 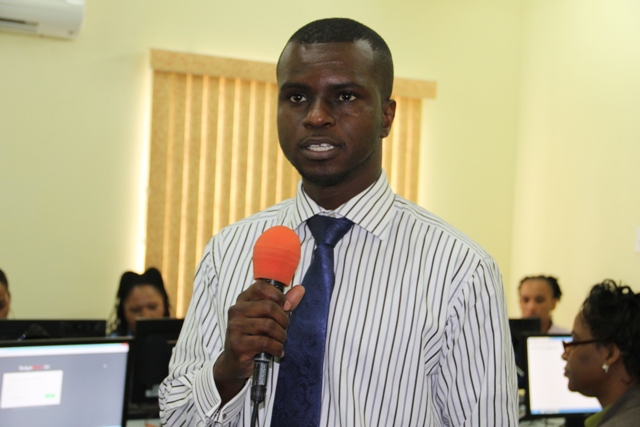 Dore explained further that the training would prepare the participants to assist with a new format planned for the annual budget presentation of the Administration.
“This year we want to change the format of our budget slightly. We want to produce a document which is much more user-friendly and as a result of that, we have to get the ongoing training started.
“We have to get the persons sensitised so that when they get around to putting in the numbers later on in the month, we have something that is reflective of the aspiration of the Administration, the plans and progress of the department and that’s something when we put it out to the public, it’s a budget that can hold up. It’s a budget that can be measured,” he said.
The Permanent Secretary also spoke of the Ministry’s plan to move into budget monitoring. 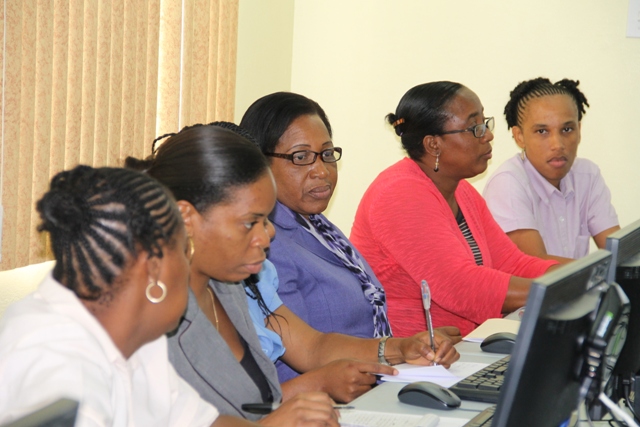 “We also want to move a step further from just input budgeting but instead output budgeting.
“We have to ensure that with our scarce resources, we get the maximum return for the resources invested in the departments and so we feel, that this training is the first step towards developing that capability, to enable budget monitoring, budget forecasting and in the end for our Budget Division to measure performance of the Budget we have prepared during the upcoming years,” he said.
Meantime, Facilitator and Head of the Information Technology Department of the Premier’s Ministry Quincy Prentice gave an insight into the training and the new budget platform.
“We would have continued the training for the new budget platform which is called Astaris. This is an application that has been developed by the Information Technology Department building upon a platform that has been there for some years.
“The basic goal is to support the objectives that Mr. Dore would have outlined, in terms of capturing the budget information but also providing a tool that can assist the NIA, in terms of managing its day-to-day operations. This application has a number of modules. For instance, it allows them to enter information in regards to current expenditure, revenue, the current staffing information and it also allows the various users to capture their objectives and also their performance indicators which, Mr. Dore indicated, are very important in terms of measuring the performance on an ongoing basis,” he said. 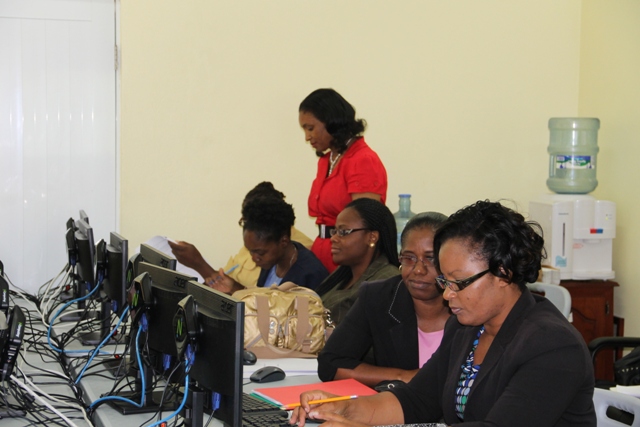 According to Prentice, there were also plans to expand the Astaris platform.
“Going forward, the goal is to expand the Astaris platform so that it would also include other financial management modules, potentially replacing our existing accounting application which would bring the application in line with the present-day requirements of the NIA.
“Additionally, we are looking towards implementing a Human Resource module, since a lot of the information that’s required would have already input during the budget cycle. So this is an application that, we think, has a lot of potential going forward and we want to continue the development push that has been started,” he said,