Director of the Nevis Disaster Management Department Lester Blackett
NIA CHARLESTOWN NEVIS (June 03, 2014) — Director of the Nevis Disaster Management Department (NDMD) in the Premier’s Ministry Lester Blackett says predictions for a near-normal or below-average 2014 Atlantic Hurricane Season, is no reason for residents of Nevis to let their guard down.
In an interview with the Department of information on June 03, 2014, two days after the official start of the season which runs from June 01 to November 30, Blackett said it was important for them to take preparations seriously.
“Persons have tended to become complacent, given that we have not been severely affected in recent years so persons have adopted a look-and-see approach rather than being proactive.
“It is likely that most Nevisians have not begun to prepare yet even with the start of the hurricane season being announced and the severe effects of tropical systems over the Christmas period in the Windward Islands where numerous deaths occurred,” he said.
The NDMD Director added that it was also important for all agencies of government as well as business places to upgrade their disaster plans.
“Sub-committee and committee meetings will be held shortly for all sectors and the agencies will be expected to submit reports of their level of preparedness. 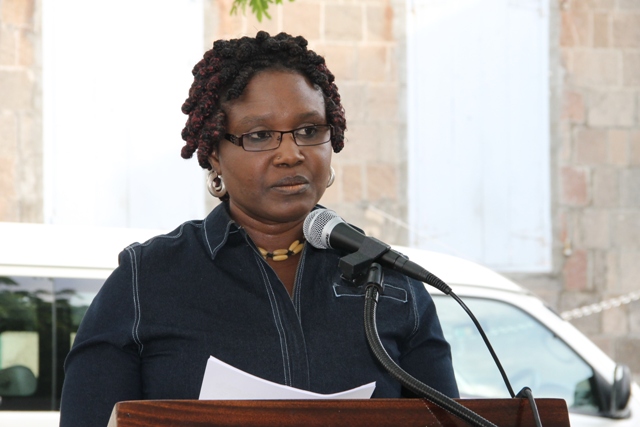 “Similarly, business places and community-based organisations and [non-governmental organisations] NGOs should start their preparation,” he said.
As for the wider community, Mr. Blackett noted that there were a number of things that should be done immediately among them to ensure their surroundings were secure and safe.
“There are a number of things residents of Nevis should do immediately: evaluation of their house and surroundings to ensure a safe environment including trimming of overhanging branches, lose items, condition of the roof, windows and doors etc. Ensure that you have a disaster kit in every household and a disaster plan for all business places,” he said.
The Director explained that given Nevis’ predisposition to flooding there were some basic rules to which residents should adhere.
“Given our vulnerability to excessive rainfall and subsequent flooding, it is important that people keep abreast of daily weather bulletins and adhere to the recommendations or notices provided by the Met. offices.
“We have seen our share of significant flooding as recently as 2013 in the Newcastle area and given Nevis’ micro climate, floods can happen in areas of Nevis while there is no rainfall in other areas. The measures to be taken in flooding situations should be well understood: not driving in significantly flood areas and as pedestrians, not crossing significantly flooded areas,” he said.
However, Mr. Blackett pointed out that his Department would continue to provide the relevant information throughout the hurricane season.
“The Nevis Disaster Management Department continues to provide information on all aspects of tropical storms, hurricanes, tropical systems via our website at www.nevisdm.com or via our Facebook page www.facebook.com/nevisdm and our Twitter account www.twitter.com/nevisdm 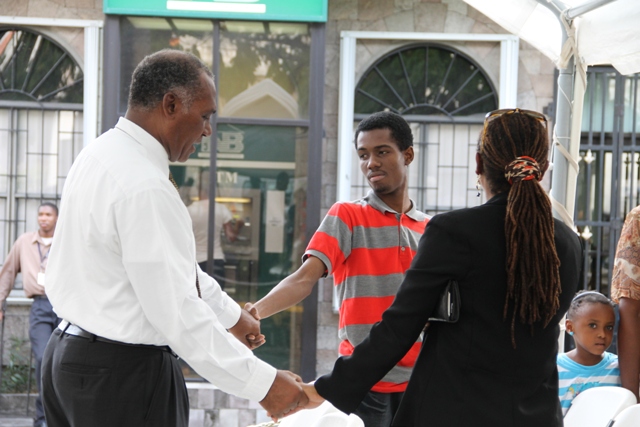 “Through our enhanced communication skills, we have provided a number of public service announcements and will continue to provide in various media: video, print and audio and as well on Nevis Television Channel 8 and some radio stations,” he said.
Blackett also shared the view that there was need for collective development of a culture of safety with respect to all natural and manmade hazards, including fire, especially as the island had not experienced significant rainfall in the past months.
Meantime, at the Nevis Christian Council prayer service for God’s protection throughout the Atlantic Hurricane Season held at the Memorial Square in Charlestown on May 30, 2014, Gestina Frith from Montserrat an understudy at the NDMD stated on behalf of the Department, that this year’s season was predicted in May by the National Oceanic and Atmospheric Administration (NOAA) to be near-normal or below-normal.
“In its 2014 Atlantic Hurricane Season outlook issued May 22, 2014, NOAA’s Climate Prediction Center is forecasting a near-normal or below-normal season.
“The main driver of this year’s outlook is the anticipated development of El Niño this summer. El Niño causes stronger wind shear, which reduces the number and intensity of tropical storms and hurricanes. El Niño can also strengthen the trade winds and increase the atmospheric stability across the tropical Atlantic, making it more difficult for cloud systems coming off of Africa to intensify into tropical storms,” she said.
According to Frith, the outlook called for a 50 percent chance of a below-normal season, a 40 percent chance of a near-normal season and only a 10 percent chance of an above-normal season. 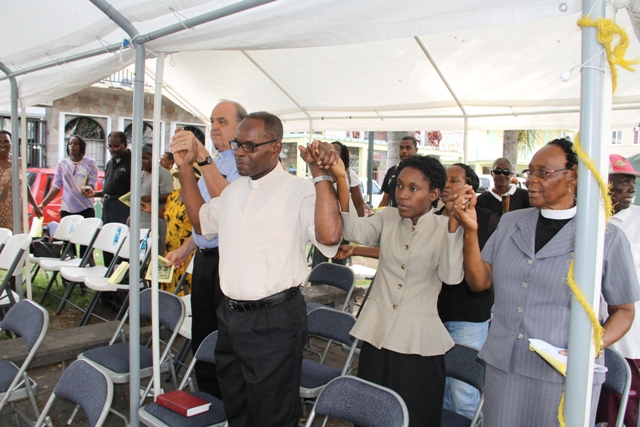 “For the six-month hurricane season, which begins June 1, NOAA predicts a 70 percent likelihood of eight to 13 named storms (winds of 39 mph or higher), of which 3 to 6 could become hurricanes (winds of 74 mph or higher), including 1 to 2 major hurricanes (Category 3, 4 or 5; winds of 111 mph or higher).
“These numbers are near or below the seasonal averages of 12 named storms, six hurricanes and three major hurricanes, based on the average from 1981 to 2010. The Atlantic hurricane region includes the North Atlantic Ocean, Caribbean Sea and Gulf of Mexico,” she said.
The names for the 2014 Atlantic Hurricane season are: Arthur, Bertha, Cristobal, Dolly, Edouard, Fay, Gonzalo, Hanna, Isaias, Josephine, Kyle, Laura, Marco, Nana, Omar, Paulette, Rene, Sally, Teddy, Vicky, Wilfred.