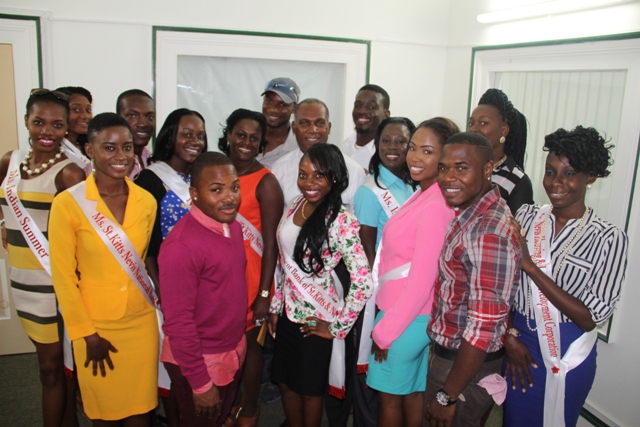 Premier of Nevis Hon. Vance Amory and the contestants for the Culturama 40 Ms. Culture Queen, Ms. Culture Swimwear and Mr. Kool Pageants at his office in Bath Plain during a courtesy call on June 16, 2014
NIA Charlestown Nevis (June 18, 2014) – Contestants for the Ms. Culture Queen, Ms. Culture Swimwear and Mr. Kool Pageants paid courtesy calls on Premier of Nevis Hon. Vance Amory and Deputy Premier and Minister of Culture Hon. Mark Brantley at their offices in Bath Plain on June 16, 2014.
During the courtesy call made on Mr. Amory, The Premier encouraged the contestants to represent themselves well in the competition and pledged the NIA’s commitment to assisting the contestants in future self-development.
“If you, in the competition, you carry yourselves well and you show that you have what it takes and you have an interest in further developing yourself, the government is prepared to enable you or to assist you to achieve that goal because I believe, that education is critical and I believe that as young people, you need to aspire to the highest achievement that you could possibly aspire to, or achieve. We are prepared to support you and to encourage you and to do as much as you can.
“I really want to wish all of you all the very best and I want you to represent yourselves well. I want you to prepare well… I see each one of you as a person who has made a commitment to celebrate your country, its culture and heritage and also to show your talent…I really admire all of you,” he said.
In brief remarks during the visit to Mr. Brantley, who is also Tourism Minister in the Nevis Island Administration (NIA), he welcomed the contestants and pledged the Administration’s support once any one of them played an ambassadorial role on behalf of Nevis.
“You have my personal commitment and the commitment of the Government that we will do what we can… We really, truly, want each and every one of you to be ambassadors for the island.
“In the past we used to have a situation where you became Ms. Culture or Ms. Culture Swimwear and that was it and so, we want to change that. We really are committing to you that we want you to go out there, so your reign as Mr Kool is not a one night thing but that you have the exposure to go out and represent us,” he said. 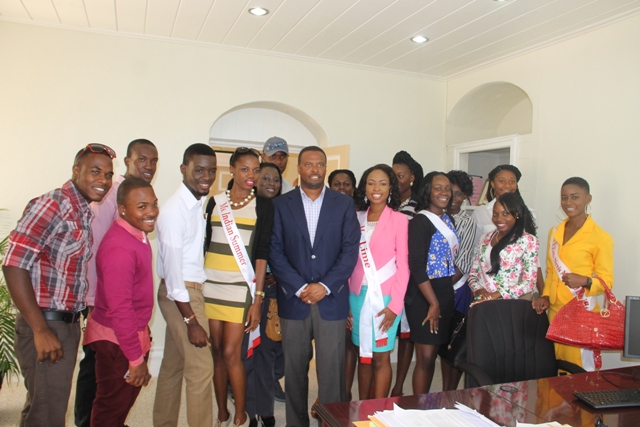 Mr Brantley also had words of advice for the contestants and encouraged them to relish their participation Culturama 40 celebrations.
“Enjoy yourselves. Some people might choose to criticise you, just ignore them because you are doing what they are not…look for the positives. I think those things build character. It teaches you how to go out there, really on the stage and depend on yourselves and I think that’s important.
“So win lose or draw, I want you all have fun. To represent yourselves and represent sponsor and ultimately, hopefully, may the best person win and once you’re representing Nevis we will do anything we can to ensure that you get maximum help,” he said.
Meantime, Chairperson of the Ms. Culture and Ms. Culture Swimwear and Mr Kool Pageants, Candor Freeman who accompanied the contestants, provided an update on the preparations of the contestants and invited the general public to witness the three senior shows.
“Preparations have been going good. We have the girls and the guys as well on different developmental training workshops. So far in terms of preparations, they have been having a good time. 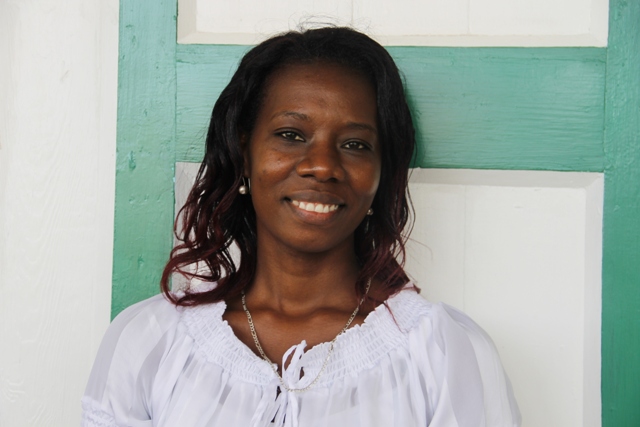 “We are just inviting you to come out on the 29th of July for the Mr. Kool and Ms. Swimwear competitions and then on the 2nd of August for the Ms. Culture. It’s going to start on time and we promise you a great show,” she said.