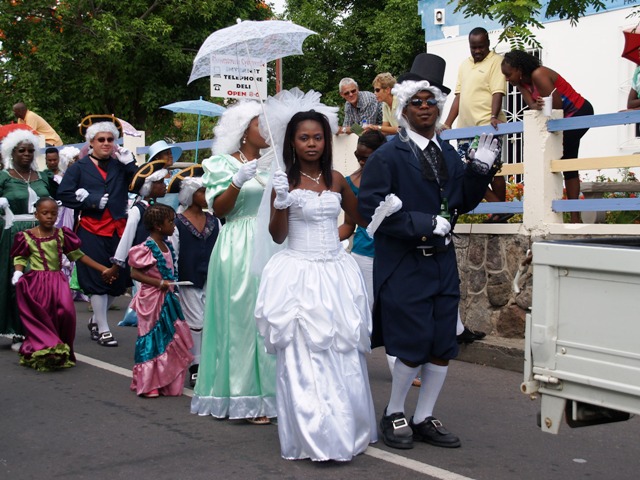 NIA CHARLESTOWN NEVIS (April 09, 2019) — A key ingredient absent from the major cultural festival on Nevis will make a comeback at the Culturama 45 celebrations slated for July 24 to August 06, 2019 with the theme “Love! Passion! Pride! Culturama 45!”

Mr. Antonio “Abonaty” Liburd, Executive Director of the Culturama Secretariat in the Ministry of Culture, made the disclosure when he spoke with the Department of Information on April 03, 2019. He stated that the move was as a direct consequence of recommendations from a three-part series of consultations held recently.

Mr. Liburd added that apart from masquerades and clowns, there are other traditions including the Red Cross, Japanese Girls, Johnny Walker and Sweet Lemon which will be revived and on show during the Cultural Street Parade.

The Culturama Secretariat’s Executive Director also spoke of the Culturama Committee’s plans to revive the Old-Time Tea Party Meeting, another tradition that had been dying out.

“We have decided that there is an event that used to be a staple in the Nevisian community, an old-time tea meeting…It’s an event where you have cultural performances and also you would have tea being served, hence the name – Old-Time Tea Meeting.

“So rather than having whatever they serve at tea parties, you can come to that Old-time Tea Party and get bush tea. You can get things like conkie, cassava bread, tart, you know, those things that are traditional as far as the local cuisine is concerned and you will have cultural performances like the Masquerades, the Japanese Girls,” he said.

Mr. Liburd explained that Mr. Keith Glasgow, Permanent Secretary in the Ministry of Culture, is spearheading the organisation of that event.

“We are partnering with the folks at the Ministry of Tourism and it’s an event that we are planning for the Nevisian Heritage Village, 5 p.m. on Friday July 12th. We will be promoting that activity in the hotels.

“We know that Four Seasons will be closed but there are other hotels on Nevis that will be open. We will be promoting that event so that persons can come out and get a taste of what Nevis used to be long ago,” he said.