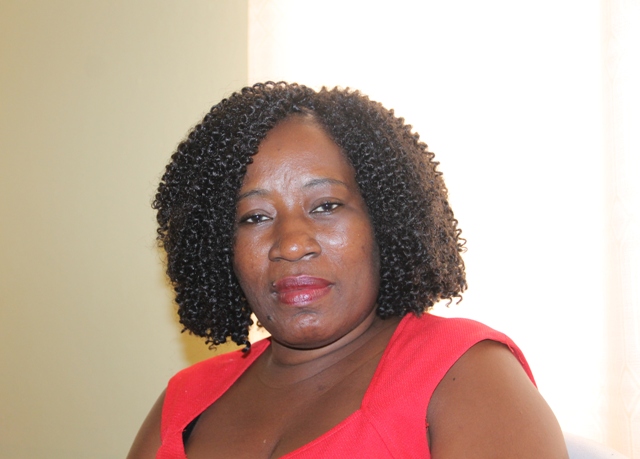 Mrs. Janette Nisbett-Meloney, Director of Community Development in the Ministry of Social Development on Nevis

NIA CHARLESTOWN NEVIS (November 21, 2017) — The month of December is an important time of year on the calendar of activities for the Department of Community Development in the Ministry of Social Development on Nevis as it endeavours to keep the spirit of Christmas alive.

Mrs. Janette Nisbett-Meloney, Director of Community Development said in an interview with the Department of Information on November 20, 2017, that in past years Christmas in Nevis unified the community.

“So it means a lot for the Department of Community Development to ensure that these things continue to be,” she said.

Two of the Department’s key events in December are the Community Tree Lighting throughout the island and the Miracle on Main Street which showcases traditional Christmas sports and food.

Responding to whether the activities have been able to engender participation, Mrs. Nisbett-Meloney said there has been a marked increase in the Community Christmas Tree Lighting events as the Department continues to encourage persons to give back to their respective communities.

“Instead of the community being dependent on government to give them, they would have started to share and everybody would participate in giving something towards their Christmas tree lighting party and so, that we see an improvement in.

“We would have seen the joy and pride of persons after investing their time in promoting their Christmas tree lighting and to make it even bigger and better for the following years. So yes we would have seen some growth there,” she said.

Regarding the Miracle on Main Street, the Community Development Director explained that the event was designed to revive traditional Christmas sports, some of which have been dormant for more than 30 years and to put them on display along with other art forms.

The intention of the “miracle” she said, was to see the likes of the like the Johnny Walker, the Red Cross Dance, the Giant Despair, the Cowboy and Indian on display in the heart of Charlestown. They help to reminisce about the days of old and to pass on the traditions to the future generations of Nevis.

In terms of the participation level, Mrs. Nisbett-Meloney noted that it was a work in progress as the Department continues to draw attention to the traditions which made December a special time in Nevis in years past.

She said this year, in the area of Christmas delights, they are seeking to introduce the Pinchie and Jaw Breaker in addition to the suckling pig, dove down pot and rice and peas.

“A lot of us can remember having a Jawbone Breaker. It’s a sweet that was hand made of sugar and you couldn’t bite into it. You had to suck it down to almost when it’s finishing in order to bite it and Pinchie was made from the tart. The dough that was used for the tart and the left over was baked and it’s a kind of hard pastry. It was a Nevisian delight back in the days,” she said.