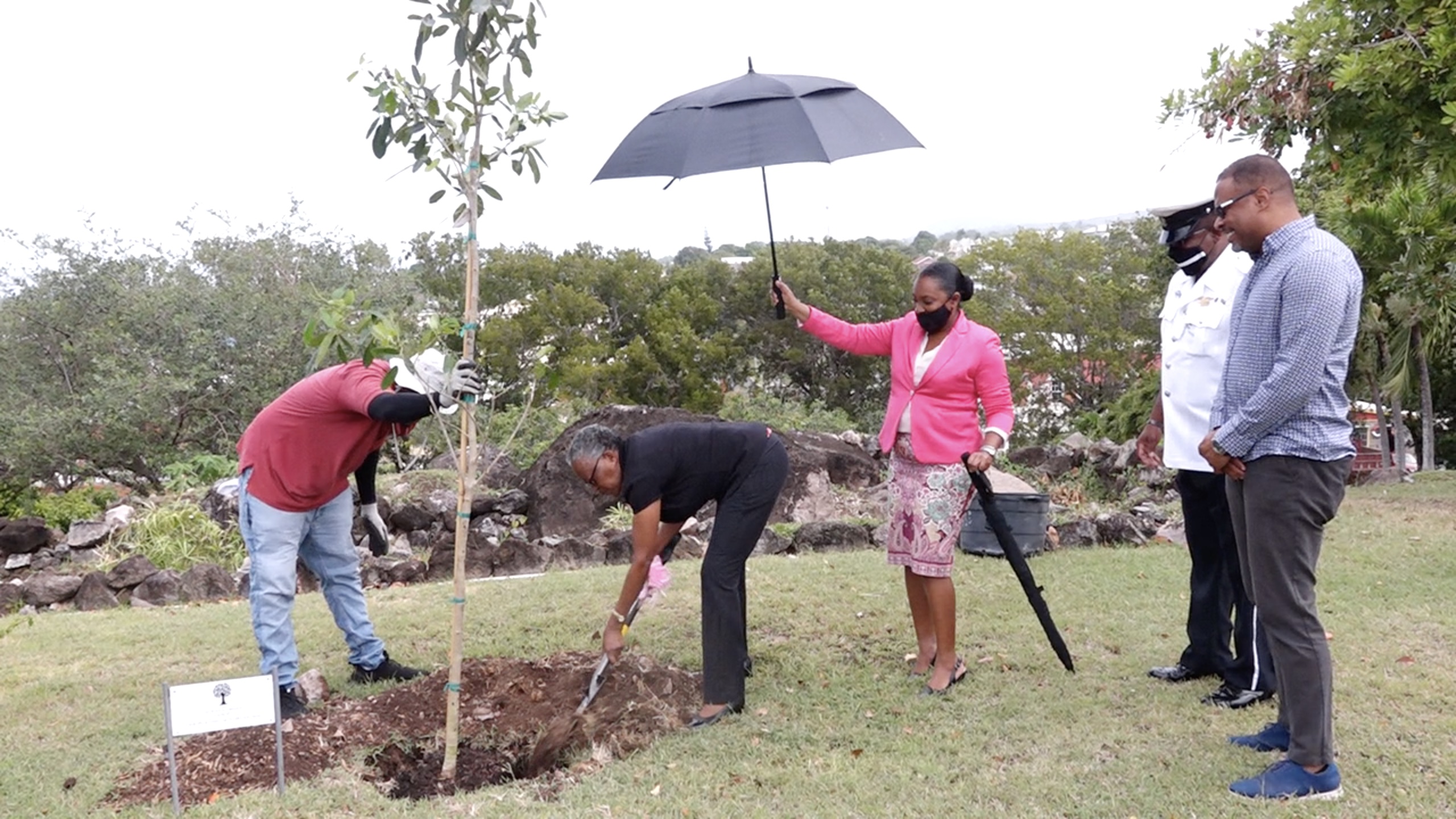 Her Honour Hyleeta Liburd, Deputy Governor General on Nevis, plants a pink pouie ornamental plant with assistance from the Department of Agriculture staff, at Government House on March 14, 2022 to mark Commonwealth Day 2022 while Hon Mark Brantley, Premier of Nevis and staff from the Premier’s Ministry look on

Commonwealth Day 2022 was celebrated among the 54 member countries of the Commonwealth with the theme “Delivering A Common Future.” In a brief comment, the Deputy Governor General said the gesture was in keeping with the celebration of Queen Elizabeth’s Platinum Jubilee.

In addition, Mr. Brantley spoke of the significance of the tree planting in celebration of the Queen’s 70th year on the throne.

“This is part of the Queen’s Green Canopy initiative and it is of course our own way of commemorating this significant milestone.

“Queen Elizabeth II is obviously titular head of Government, our Head of State, as we continue to be a constitutional monarchy in terms of our governance structure. She is represented here by the Governor General and of course in Nevis by our Deputy Governor General, and so it was fitting to plant these trees here on the grounds of the Government House,” he said.

Her Honour planted a pink poui, while Mr. Brantley planted another ornamental plant. The pink poui was chosen as the main ornamental  plant to be installed by Her Majesty’s representatives in the Federation because of its rare beauty and splendid bloomage of pink flowers, a colour for which Her Majesty has a notable affinity.

The tree-planting at Government House in Nevis was the first in what the Premier’s Ministry says will be a total of six locations in Nevis, leading up to June 02, 2022, the date which marks the 70th anniversary of the coronation of Queen Elizabeth II. The seven trees are being planted in honour of each decade of Her Majesty’s reign.

The 54 member countries of the Commonwealth are expected to work towards achieving goals including combatting climate change.  Making a positive impact on climate change is also an aim of the Queen’s Green Canopy Initiative which forms part of the Platinum Jubilee Celebrations to mark the Queen’s 70th year on the throne.