(CHARLESTOWN, NEVIS–TUESDAY, MAY 18, 2010) The fight against crime continued on Nevis has taken a new turn, as the Hon. Joseph Parry led Nevis Island Administration (NIA) in collaboration with the private sector continued to create conditions favourable for an increased police presence on the island.  Monday saw the official opening and handing over of a brand new building at Butlers Village which will house police officers assigned to the Nevis Police Division.

Premier of Nevis, the Hon .Joseph Parry in his remarks congratulated the Evelyn Brothers, Arthur and Ken, for their donation of a quarter acre of land and the supervision of construction of the building.

“It is a good gesture coming from the community and we hope that this example will be encouraged and copied by others to make a contribution,” he said.

The Premier said he was pleased to have the fully furnished, four bedroom and two bathroom barracks to ensure that the police recruited from other parts of the Caribbean could have comfortable living accommodations.  This he said had been realised in Butlers Village, thanks to the Evelyn brothers who had seen the need and fulfilled it. 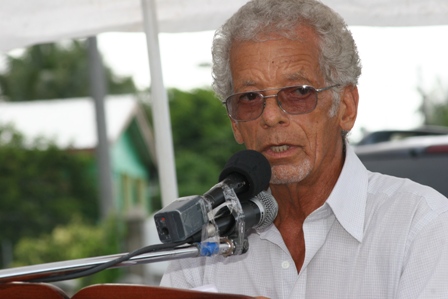 During the opening ceremony, the Premier also congratulated the police for their efforts in maintaining the peace over the last few months because the island has been relatively quiet since February.

“Some people attribute the lull in crime to the presence of the newly donated vehicles and I believe that it is because the police are more visible and as a result, a number of people are better behaved,” commented Mr. Parry.

The Premier used the opportunity to appeal to parents, young people, leaders of the church and all concerned, to reach out to the police to ensure that the communities took care of themselves. He urged the public to report any peculiar behaviour or situations to the proper authorities in order to assist in the fight against crime. 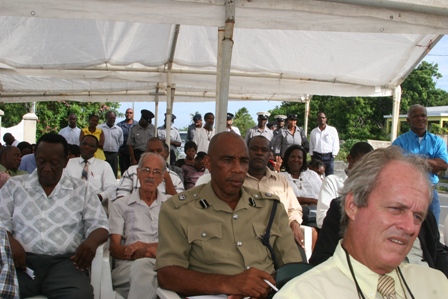 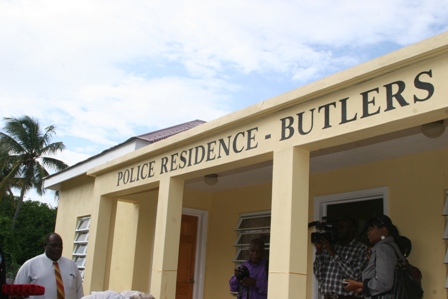