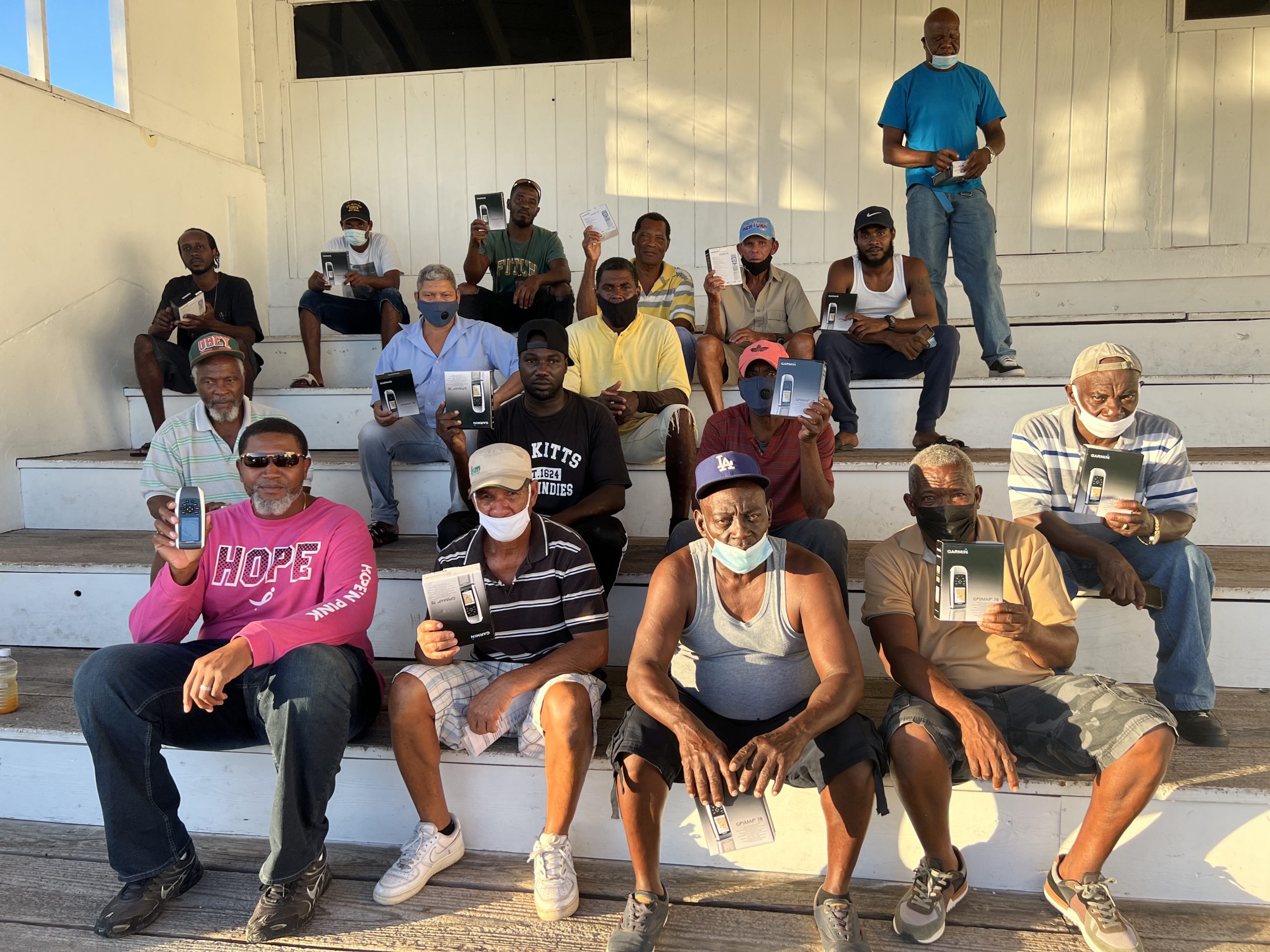 Some of the 55 fishers on Nevis showing off the hand-held Global Positioning Devices donated to them by the Ministry of Marine Resources with training facilitator Captain Frankie Tyson (front row extreme left), owner of SKN Executive Travel after the handing over ceremony at the Elquemedo T. Willett Park in Charlestown on December 20, 2021

The handing over was held at the main pavilion at the Elquemedo T. Willett Park in Charlestown. Mr. Huey Sargeant, Permanent Secretary while delivering remarks on behalf of Hon. Alexis Jeffers, Minister of Marine Recourses, said the key reason for the distribution was safety at sea.

He acknowledged that fishing could be a very dangerous activity, and the use of technology to improve fishers’ safety was an important investment in fishers by the government.

In addition to navigation, the devices are also outfitted with a ‘Home’ feature, which can direct fishers to their home port in the event they are lost at sea; a ‘Man Overboard’ feature which marks the point at which the event occurs, as well as plotting points for fish traps and Fish Aggregating Devices (FADs).

Following the distribution, a short training session on the use of the device was done by Captain Frankie Tyson, owner of SKN Executive Travel (Apple Syder). He also offered to assist any fisher who needed assistance.

The donation was funded by the federal government through the Department of Marine Resources. Priority was given to fishers who did not have a GPS device on their vessel.