In addition to outlining some of his administration’s plans for the next five years, the re-elected leader spoke with gusto of the anti-crime initiatives and policies that will take effect.

“My party fully understands that our first duty is to keep our citizens safe. This is a sacred duty: a duty that stands at the apex of our national responsibilities and endeavours,” Premier Parry said, as he issued a unity challenge to the people of Nevis. 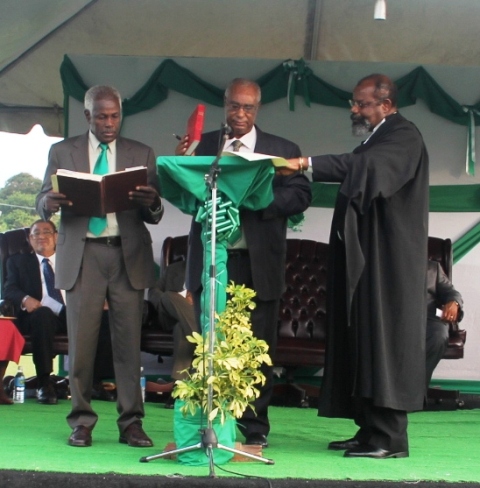 The Honourable Joseph Parry sworn in as Premier of Nevis and Minister of Finance, Statistics and Economic Planning, Education and Library Services, Human Resources, Tourism and Labour by Justice Errol Thomas and in the presence of Mr. Herman Liburd (first from left).

“I implore all citizens of goodwill to ban themselves together, to put your shoulders to the wheel in order for us to accomplish this great endeavour of stamping out crime. United in this great cause, we shall prevail,” he said.

According to Premier Parry, the NRP-led NIA “would be harsh on crime and criminals” in order to ensure that “the safety and security of Nevisians will always be the number one priority.”

The thunderous applause at the end of Premier Parry’s address was juxtaposed with even louder cheers as Nevisians welcomed Prime Minister [PM] Douglas to the podium.
PM Douglas, who is also the leader of the St. Kitts-Nevis Labour Party and serves as Chairman of the Caribbean Community [CARICOM], used the opportunity to congratulate the NRP team for being elected to a second term in office.

He said that although his administration had worked, for many years, with the former Concerned Citizens Movement [CCM] Administration, he was particularly pleased with the bond established between his St. Kitts-Nevis Labour Party-led Administration and that of the NRP.

“I’ve had the support of the people and the blessings of God to work not only with the NRP government for [the] people of Nevis but also with the CCM government on behalf of the people of Nevis. They have been 16 beautiful years but I say to you this evening, that the last five years in particular have been positive and progressive five years with the NRP, PM Douglas exclaimed.

The Prime Minister’s address, like Premier Parry’s was well received by the audience as his use of the popular phrase “it’s working” left Nevisians cheering. 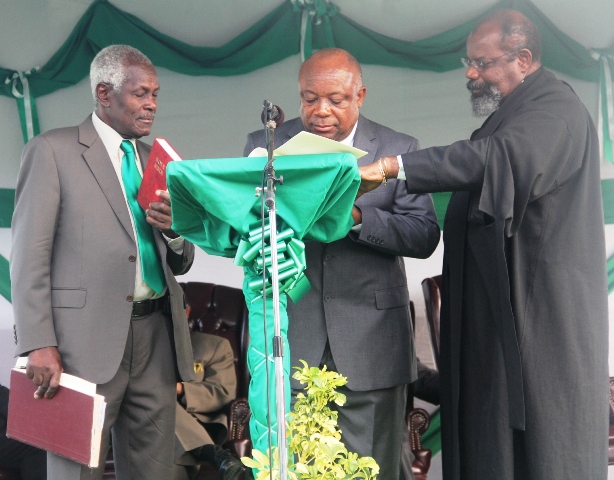 Junior Minister, the Honourable Carlisle Powell, will maintain his responsibilities for Communications, Works and Public Utilities, Posts, Physical Planning, Natural Resources and Environment while fellow Junior Minister, the Honourable Dwight Cozier, was sworn in to retain responsibility for the Ministry of Trade and Industry with special focus on Trade, Consumer Affairs, Industry, Import and Export Control.

The event which was scheduled to commence at 5pm went into the evening and ended with the newly sworn in ministers and PM Douglas greeting members of the audience. 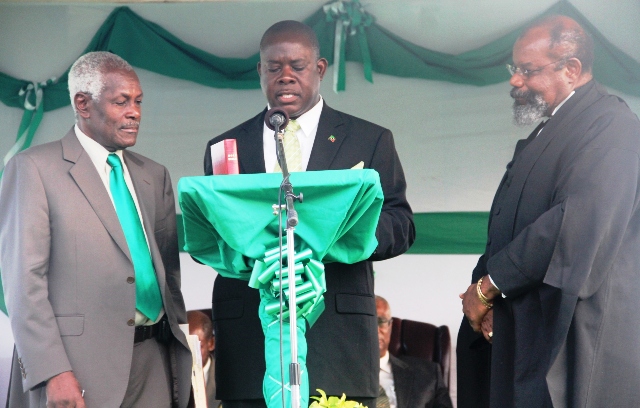 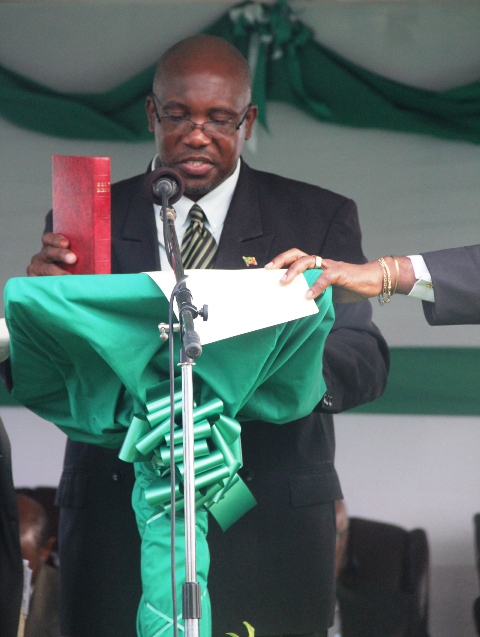 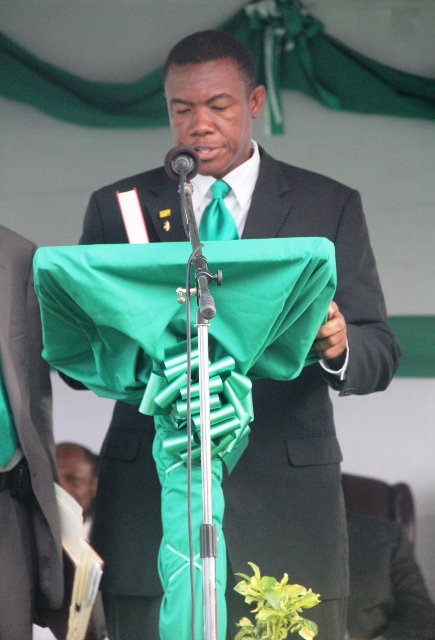 The Honourable Dwight Cozier sworn in as Junior Minister of Trade and Industry with special responsibility for Trade, Consumer Affairs, Industry, Import and Export Control.