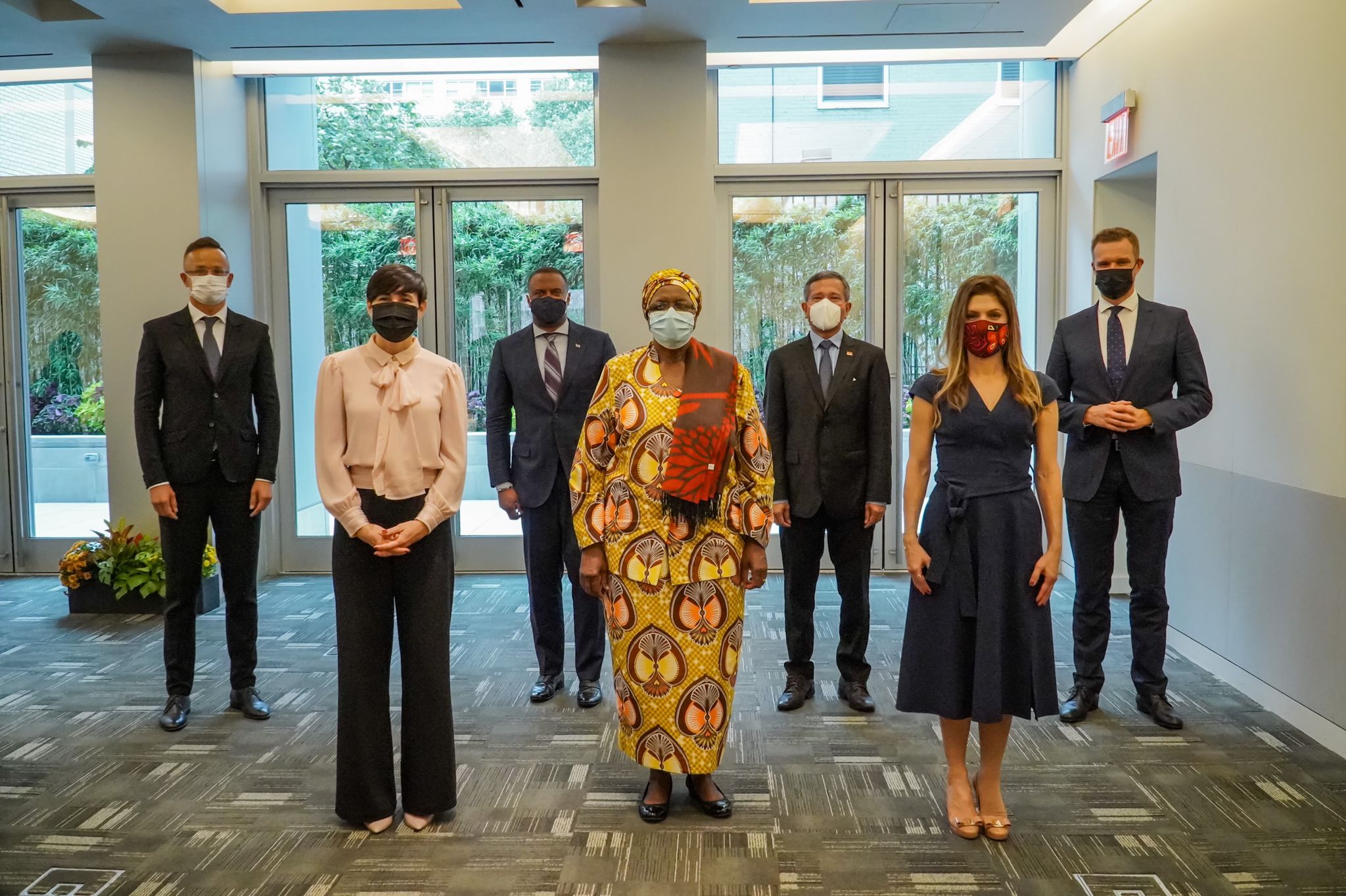 Hon. Mark Brantley, Minister of Foreign Affairs and Aviation for St. Kitts and Nevis with other Ministers of the Forum of Small States (FOSS) attend Ministerial lunch on the margins of the 76th session of the United Nations General Assembly (September 22, 2021)

NIA CHARLESTOWN NEVIS (September 23, 2021) – – On Wednesday, September 22, 2021, Honourable Mark Brantley, Minister of Foreign Affairs and Aviation for St. Kitts and Nevis, participated in a Ministerial lunch with other Ministers of the Forum of Small States (FOSS).

In 1992, the FOSS was established by Singapore as an informal and non-ideological grouping of small states, within the context of the United Nations.

It now comprises of 108 countries across all geographical regions of the world and at all levels of development. Of the several meetings that are convened throughout the year, extra importance is attached to gatherings in the margins of the UN General Assembly.

Also participating in Wednesday’s lunch were Foreign Ministers of Hungary, Lithuania, Norway, Namibia, Panama and Singapore and other senior officials.

Pursuing multilateral cooperation and advancing the interests of small states were among the list of issues discussed on the agenda.