On the visit members of the Canadian based investment group were accompanied by persons drawn from a number of relevant agencies in the Nevis Island Administration among them Minister responsible for Physical Planning, Natural Resources and the Environment Hon. Carlisle Powell.

“This one [project] on Nevis has now received worldwide support and here are several players now waiting to come and get involved to the extent that the original estimate of 5milion barrel storage has now escalated to 12million barrels of storage and this is why at this stage we are seeking to acquire additional lands beyond what we have already secured in this process to date,” he said.

Meantime, the company’s Chief Executive Officer Mr. Andre Reid described the venture as a mega project which would bring benefits to Nevis. 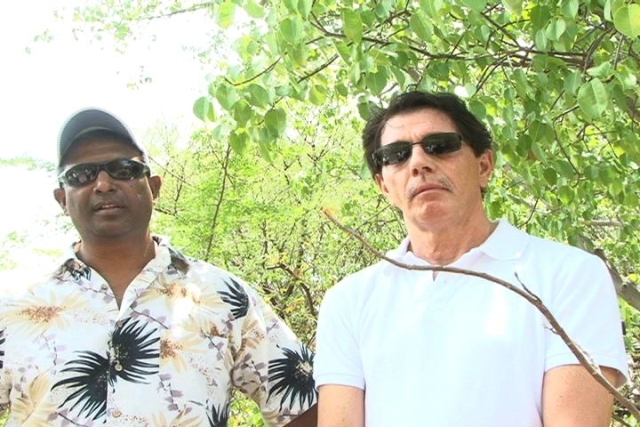 “The different products we are going to be storing in this facility it’s going to create an environment that’s going to create jobs. One thing we are going to do is have an LNG tank which AT&V [Huston based contractors] have expressed that it is a necessity for this area, since we maybe want to retrofit the generating systems. If we lower the cost of electricity we can then in turn create an environment that’s going to bring businesses to the area.

“I mean that’s up to the local government to discuss what business they will accept or not accept but we know there is going to be employment opportunities that are going to be tenfold,” he said.

Mr. Reid further explained that training opportunities would soon be made available for members of the public who wished to prepare for available jobs in the sector.

“The first thing we are going to do within the next 30 to 45 days is set up some kind of training facility in the town. Then we are going to see if we can get some people to actually come down, male female anybody who wants to learn how to do different jobs that are going to be necessary for this facility and that’s why we are going to start from that point and move forward for the whole region,” he said. 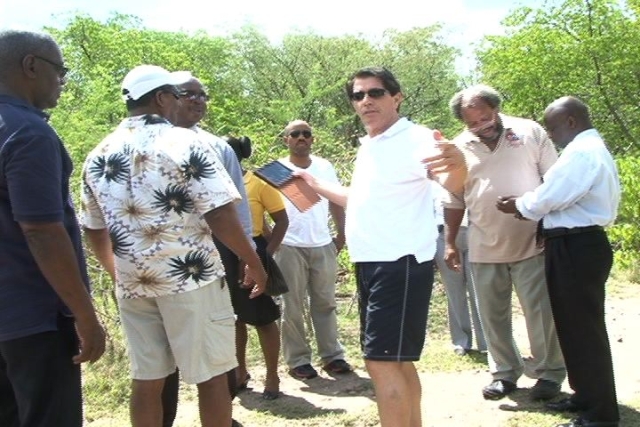 The Chief Executive Officer stated that although American Tank and Vessel (AT&V) a company based in Huston would be contractors for the project they would utilise all local services and manpower available but the Nevis project would be the biggest such facility they would construct.

“They have done 2,500 facilities all over the world and they are working on one now in South Africa.

“Here is being in the proximity and Huston puts them in a better frame for bringing over the necessary equipment that we can’t get here but we are going to use everybody local to start with,” he said.

Regarding the planned projects impact on the island’s tourism industry, Mr. Reid said that type of business also had a tourism component. He noted that the island had already been mentioned in a magazine called Tank Terminal.

“It states in there that this is also for tourism purposes because people come here to see this and also come here to do business with it they have to stay here and have to spend money to be here,” he said. 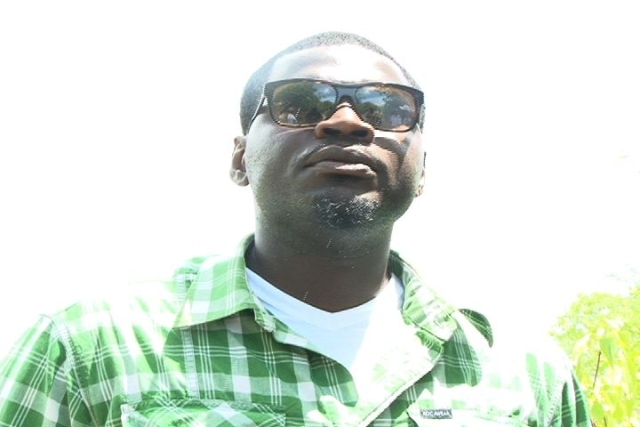 “Tanks will be placed in a staggered formation going towards the hill… each tank will have its own fire repellent station…The port is not necessarily a port it’s something called SBM Station. It’s a single board mooring station that’s about a mile out in the sea where there is deeper waters to accommodate this big VLCC.

“The VLCC is a very large vessel for fuel. All the liquid fuel will be pumped in by submarine pipes, one of them is about 24 inches in diameter and there will be more than one pipe for different kinds of products that’s coming into the facility. So that’s in a nutshell what we are proposing to get done here,” he said.

Also present was Engineer Mr. Greg Williams who will form part of the Engineering team on the project. He said he had prior experience on similar facilities in Nova Scotia and Alaska and assured that the tanks expected to be built on Nevis would be done in line with the international requirements for standard tank terminal facilities.