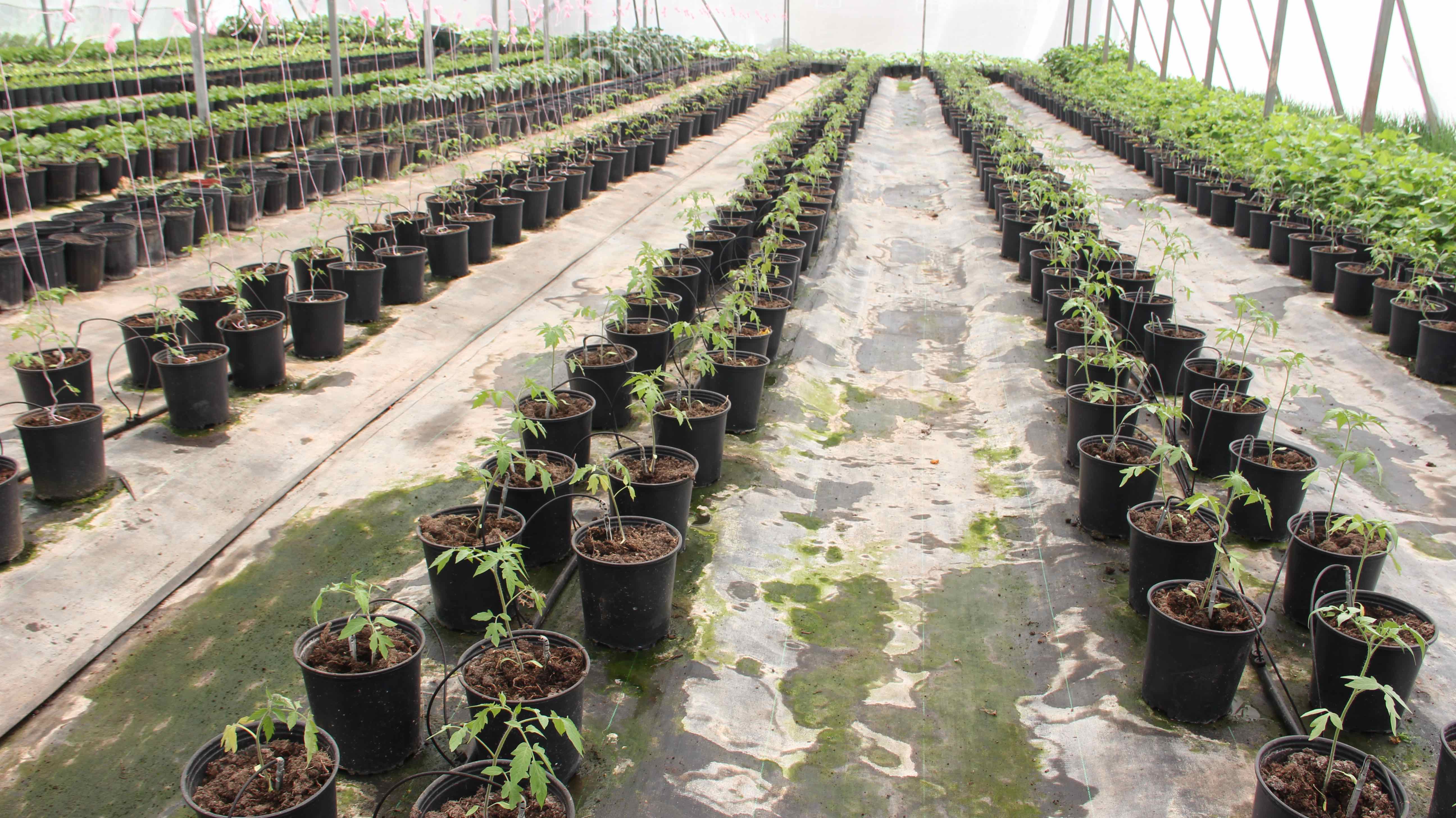 Inside one of the greenhouses at A-1 Farms in Gingerland, owned and operated by Mc Levon “Mackie” Tross

NIA CHARLESTOWN NEVIS (August 17, 2020) — Mr. Mc Levon “Mackie” Tross, Owner and Manager of A-1 Farms in Gingerland, Nevis is expressing satisfaction with the level of recognition being given to local farmers.

“The report that he gave was quite encouraging. He is very impressed he said with A-1 Farms and the work that we are doing there. He was quite impressed with the production, and the cleanliness and the actual layout of the farm, and he echoed some sentiments as to wanting to help boost and sustain the efforts of A-1 Farms which I am very, very grateful for…

“I am very happy that people out there including the people like the government ministers are now realising that local farmers are serious and local farmers just need that acknowledgement and that added hand so to speak. So yes, we are quite grateful for any help we could get because we at A-1 Farms believe that with our vision, we could bring food to the table, and be sustainable agriculture 12 months of the year, and that’s what we strive for especially in the greenhouse environment,” he said.

Mr. Tross who has been using greenhouse technology in his farming since 2012 says they are leading in that area of farming in St. Kitts and Nevis.

“We pride ourselves to be leading in St. Kitts and Nevis, and I hold no water in my mouth to say that.

“We have done a lot of research and we are still doing the research because we believe that protective farming is the way to go in the future. Oh yes, we truly welcome any help that we can get and any awareness out there as well,” he said.

When he got involved in farming, he had two employees. Today he has 5 plus his wife Mrs. Fayola Tross, who he says does the seedling propagation and helps with research.

During his tour of farms on Nevis recently, Mr. Jeffers singled out Mr. Tross and A-1 Farm for their meaningful contribution to increased production on the island, at a time when food security is paramount on the agenda of the NIA and the Federal Government.

“I want to submit at this point in time that there are farmers here in Nevis that have been doing a good job in terms of their production. We visited some of the farms, and I want to point out A-1 Farms for example who are doing a marvellous job in terms of greenhouse technology.

“I have said to you and I am going to say publicly, that someone like Mackie Tross at A-1 Farms is a farmer who we can certainly give some additional help to ensure that he can continue to produce at a higher level. He is certainly interested in doing so, and we have identified farmers in St. Kitts, livestock and crop, for example, who we feel we can give that additional boost so that they can be more efficient and proficient in their production,” he said.