NIA-CHARLESTOWN (December 23RD, 2010) — Officials within the Nevis Island Administration’s [NIA] Ministry of Health the Honourable Hensley Daniel and his advisor Mrs. Patricia Hanley have extolled high praise on the staff of the HIV/AIDS Coordinating Unit in light of its recent hosting of Voluntary Counseling and Testing [VCT] Day.

The fourth annual free testing and counseling exercise was held on Dec. 15 on the Administration Building grounds in Charlestown where persons, despite the inclement weather, sought to “know their status.”

“We want to keep the focus on HIV/AIDS because it is very important for people to know their status and of course if you know your status then you can shape your behaviour behind that status,” the health minister said in an interview with the Department of Information following the exercise.

He added that VCT Day was one of his ministry’s numerous initiatives to promote “preventive rather than curative” healthcare while monitoring “the extent of HIV/AIDS in the community.”

“It is very important for us in the planning and execution of programmes for HIV/AIDS because if you have an increase incidence of HIV/AIDS that means you have to think about resources for antiretroviral drugs and all those kinds of things so the VCT is part of the prevention process and its part of the education process in action so that people know their status and work along with it,” he said. 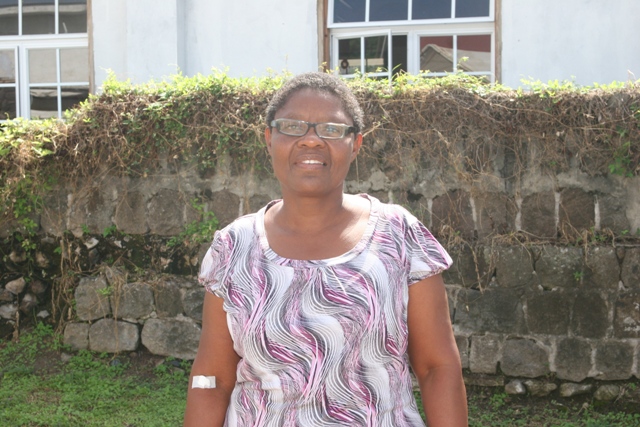 Health Advisor to the Ministry of Health Mrs. Patricia Hanley

Advisor Hanley, who served as a nurse at the Alexandra Hospital for many years, was among the Nevisians who participated in the testing exercise and said her presence at the event was “to give full support to Nadine and her staff.”

“I think that they are doing a great job to educate the public on this voluntary testing,” she said.

In an interview with AIDS Programme Coordinator for the HIV/AIDS Coordinating Unit Mrs. Nadine Carty-Caines she said that while VCT Day was held on Dec. 15, it formed part of her unit’s outreach programme for the World Aids Day [Dec. 1] campaign. 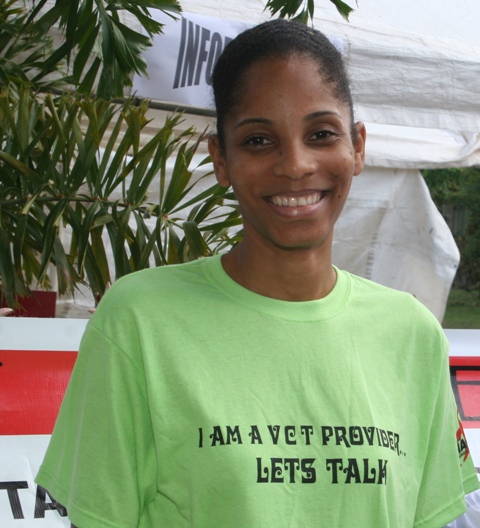 The unit’s World AIDS Day campaign included an AIDS awareness march and a dental quiz which was done in conjunction with the Dental Unit.

In responding to concerns about the level of privacy involved in test taking, Mrs. Carty-Caines reminded Nevisians that “testing is a confidential process.”

“In HIV we use codes so no names are attached to the document that will be sent to the lab. The person who does the counseling is not the person who draws the blood; that sheet now is sent to a lab person and they will run the test then that result will go back to the counselor or the doctor then the doctor or the counselor, which is the first contact, will be able to track that number based on the information given to them at the first point then they would be able to give you your information.

“It is between you, the provider: which is the doctor or the VCT person, and the client,” she explained.