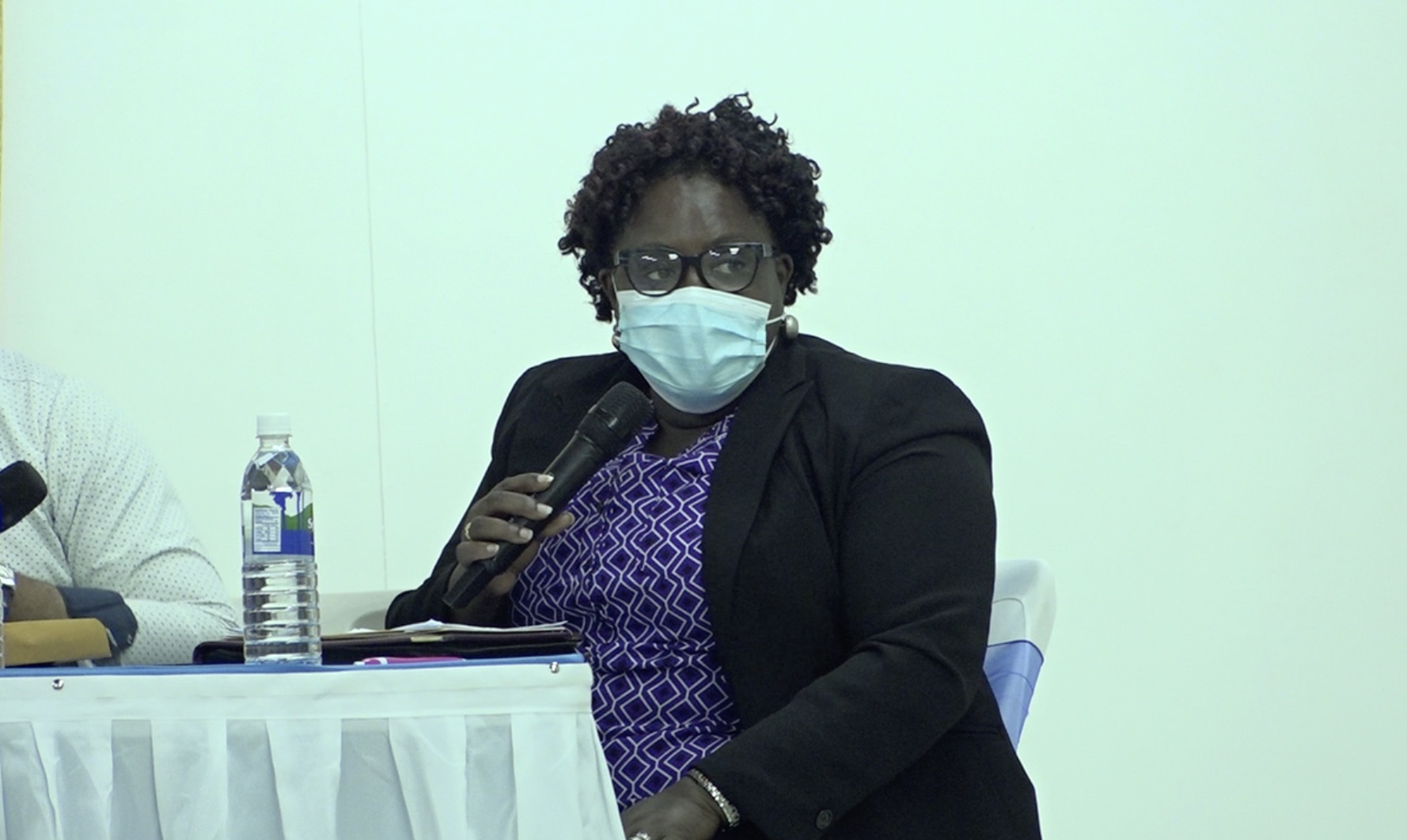 Hon. Hazel Brandy-Williams, Junior Minister of Health, at a town hall meeting hosted by the Nevis Island Administration on July 23, 2020, at the Cotton Ground Community Centre.

NIA CHARLESTOWN NEVIS (July 24, 2020) — Hon. Hazel Brandy-Williams, Junior Minister of Health in the Nevis Island Administration (NIA), is giving assurance that the health facilities on the island are preparing, in the event there are imported cases of COVID-19, when the country’s borders re-open.

Minister Brandy-Williams was at the time speaking at a town hall meeting hosted by the NIA at the Cotton Ground Community Centre on July 23, 2020. The meeting was the first in a series of five island-wide town hall meetings dubbed “Conversations with the People.”

“So far we’ve only had four cases [on Nevis] which we would have been able to deal with nicely, however as we move closer to re-opening the borders we are trying to ensure that the facilities are in place to combat any cases that we may have going forward,” she said.

The Health Minister spoke to work done at the island’s main health facility, the Alexandra Hospital.

She also addressed the level of preparedness with respect to relevant equipment and supplies needed in the fight against the highly-contagious novel coronavirus.

“We would have done some remedial work at the Alexandra Hospital. We would have identified a site off the compounds of Alexandra which will be used as an isolation site. Extensive work has been done to that building and we are happy to report that it is ready and outfitted with beds and other necessary equipment if we are to have serious cases that we need to isolate off the property.

“In response to COVID-19, Nevis now has six ventilators with another two en route. We have two defibrillators, and two infrared camera thermometer systems. One will be stationed at the hospital and the other at the airport.

“We have a generous amount of the personal protective equipment (PPE) in stock, however we are still very open to persons who are willing to send supplies,” Minister Brandy-Williams said.

She also informed that the government is awaiting the arrival of two new ambulances on the island, one purchased by the NIA and one which was donated by the St. Christopher and Nevis Social Security Board through its annual commitment to the Ministry of Health.

The minister expressed the NIA’s gratitude to generous allies and agencies, such as Pan American Health Organization (PAHO) and the Taiwanese Mission in St. Kitts and Nevis, and corporate citizens who have partnered with the government to donate much-needed supplies.

She also thanked the individual who made a building available for use as a 25-room quarantine site.