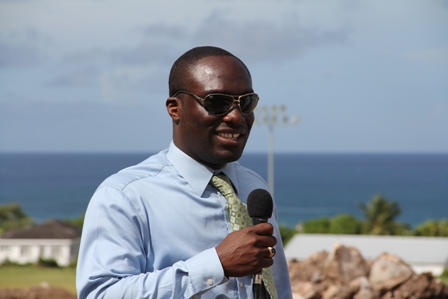 “The Petal design was introduced to provide a more affordable offer to the general public. The home is designed in such a way that it provides for easy expansion in the future. Of course, it is a one bedroom one bath design with provisions for some laundry facility, if the customer so desires. The cost is approximately EC$85,000.

According to Mr. Nisbett, the plot of land allocated to the Petal designed one bedroom house is approximately 5,000 sq. ft. which would accommodate an owner who would be desirous of expanding in the future. 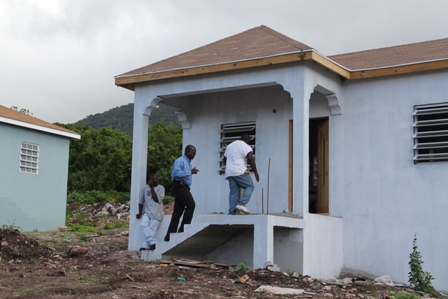 “We understand that some persons may be single and just want to invest in a single bedroom home for now and they would like to expand later based on their financial situation so we have taken all that into consideration,” he said.

Notwithstanding, Mr. Nisbett said though all five homes had already been sold but explained that persons who wished to invest in that type of home had options available to them.

“For [construction on] your own land it would be a lot easier and you could get close to an immedicte answer for that,” he said.

The NHLDC Manager further explained that normally once the Corporation received the plan which would have to be designed and orientated for the specific plot of land, a response regarding approval could come as early as two to three days after. 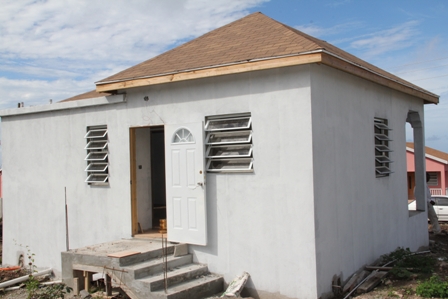 He did add though, that the cost of the house could be increased dependant on the elevation of the site where the prospective home owner wanted the house to be constructed on their private lands.

Meantime, Building Contractor Mr. Trevor Sutton of Butlers who has been in the construction industry for the past 15 years has been constructing the one bedroom homes for the Corporation. He described the new design as a good home.

“It is a good house for one person or if you are retired you could also make use of it. There is also space for if you would want to add an extra bedroom in the future or you want to extend the kitchen if you so desire,” he said. 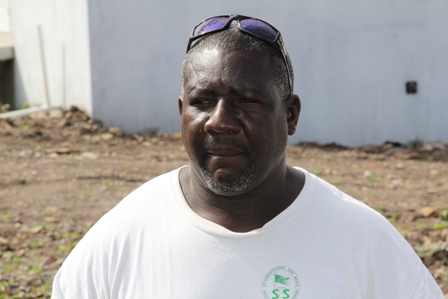