Minister of Housing and Land in the Nevis Island Administration the Honourable E. Robelto Hector being interviewed by Ms. Hazel Francis of the Department of Information.

NIA-CHARLESTOWN, NEVIS (January 13TH, 2011) — “Indeed I am elated that we’ve reached that stage where we can say Cherry Garden phase one is completed,” said Minister with responsibility for Housing and Land in the Nevis Island Administration [NIA] the Honourable E. Robelto Hector.

Minister Hector’s comments were made during yesterday’s [Jan. 12] interview with the Department of Information where he spoke about Friday’s [Jan. 14] launch of his ministry’s most talked about housing development project at Cherry Garden.

With a bright smile and a chuckle under his statement, the Housing Minister said, “Cherry Garden, in my mind, is the largest housing development in a single area within the federation and, being the sitting minister in charge of that, it brings to me a warm feeling: a sense of satisfaction that my government has been able to deliver, not projects but communities here in Nevis.”

The Nevis Housing and Land Development Cooperation [NHLDC], through the Ministry of Housing and Land started construction of the community’s first home in June. Since then, 109 homes have been constructed at the St. John’s Parish-based residential area with an additional 53 homes to be constructed in phase two.

“Cherry Garden, when I look at it, would benefit some 115 families. The impact on this island is great,” Minister Hector affirmed adding that government officials on Montserrat and St. Kitts had lauded his ministry for its “amazing and fantastic” housing development of Cherry Garden. 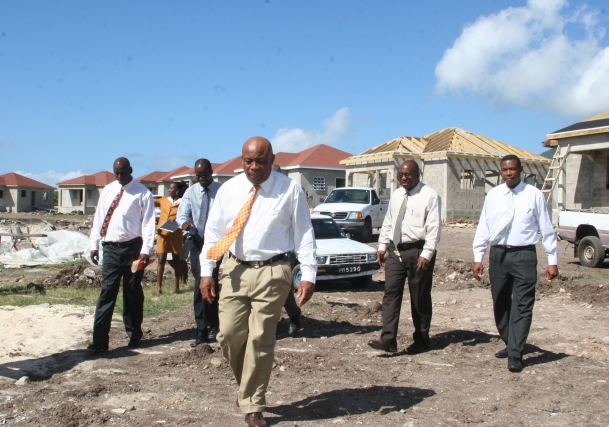 “Cherry Garden is no secret in the Caribbean. The Montserrat Minister of Housing and Ecclesiastic Concerns came here to Nevis and if you were to go on the internet and you put in ‘“housing Montserrat’” you are going to see the comment of the Minister.

“My comrade and friend in St. Kitts, Mr. Cedric Liburd normally says that he is a Nevisian and he wants to associate with housing in Cherry Garden. That’s a past minister in the federal government that had done so much for housing in St. Kitts and when you would get compliments from past ministers who are telling you that your project is number one: not only in St. Kitts-Nevis but in the Caribbean, it brings a great feeling,” he said.

In recognising the assistance of colleague minister, the Honourable Hensley Daniel, Minister Hector said he was pleased that a large cross-section of the Nevisian community received employment during the development of Cherry Garden. Many of the workers, he explained, were “guys who were trained in Trinidad” at Metal Industries Company Limited.

“I would want to single out Mr. Daniel whose insistence, whose concern, whose support throughout this entire project meant something to me, he said.

Minister Hector, who also holds responsibility for Agriculture and is known for his sponsorship of sporting teams on the island, said he was pleased that the Cherry Garden community was equipped with “green space and recreation.” 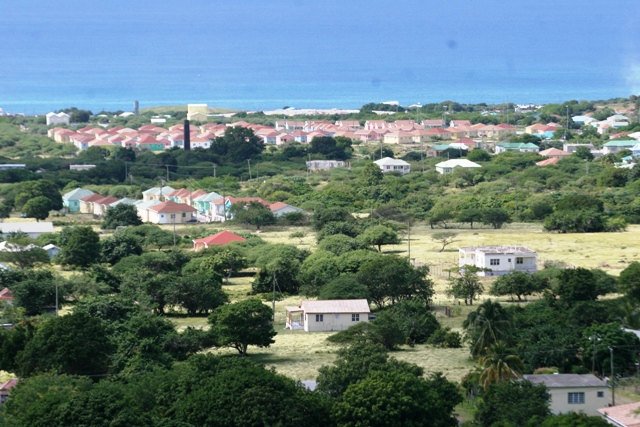 Affordable homes at Cherry Garden in the distance.

“Indeed, this is the project that everyone should envy!”

The official opening ceremony is expected to commence at 6:00 p.m. on the Cherry Garden playing field.