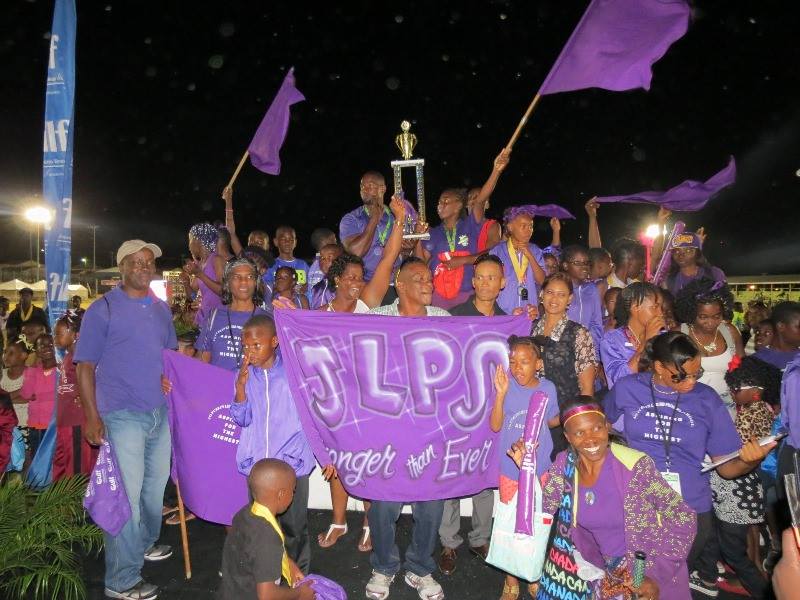 At the end of the meet following the announcement of the winner a flood of purple which represented the victor circled the track in a victory lap. The celebration continued on April 02 at the school in Gingerland the following morning.

The event was also streamed live on NTV8 and the internet via Nevis Television, Department of Information, Nevis