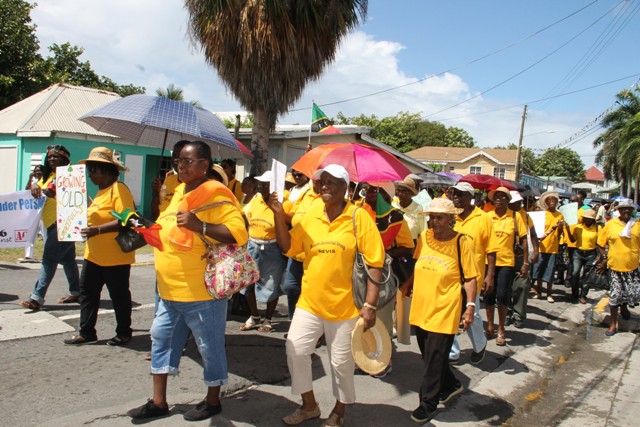 Senior Citizens on Nevis marching against ageism in Charlestown on October 07, 2016, the first activity for Month of Older Persons, hosted by the Seniors Division in the Department of Social Services, Ministry of Social Development

NIA CHARLESTOWN NEVIS (OCTOBER 07, 2016) — Junior Minister of Social Development in the Nevis Island Administration (NIA) Hon. Hazel Brandy-Williams, expressed satisfaction with the turnout at the Senior Citizens march through Charlestown on October 07, 2016, in spite of inclement weather which stalled the official start and shortened the route.

The event was the first on the calendar of activities by the Seniors Division in the Department of Social Services, Ministry of Social development, in observance of the Month of Older Persons on Nevis. This year’s activities are centred on the theme “Take a Stand against Ageism,” designated by the United Nations for International Day of the Older Persons on October 01.

“We were blessed with some showers this morning and so we had to down scale it and start closer so that the walk could have been a little shorter. However, the seniors are very enthusiastic.

“At one point I decided to call off the march but they insisted that they will still march and so I am happy that they are brave enough to still brace the weather and have a mini march here in Charlestown,” she said. 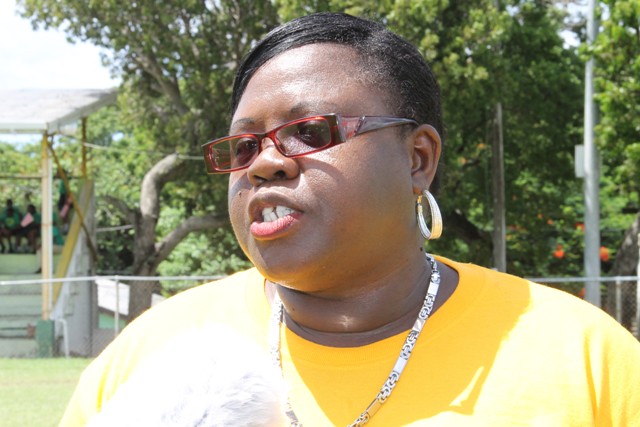 Also joining the march was a contingent of senior citizens from St. Kitts who had travelled to Nevis to celebrate with their counterparts.

Mrs. Brandy-Williams noted that in 2015, senior citizens on Nevis had travelled to St. Kitts to take part in their activities celebrating their seniors and vice versa and as such, the exchange continues.

Meantime, Mrs. Garcia Hendrickson, Coordinator of the Seniors Division in the Department of Social Services also expressed the division’s satisfaction with the march.

“We are extremely pleased with the turn out. We have a contingent of over 40 persons from St. Kitts and as you can see, we have a very good turnout. 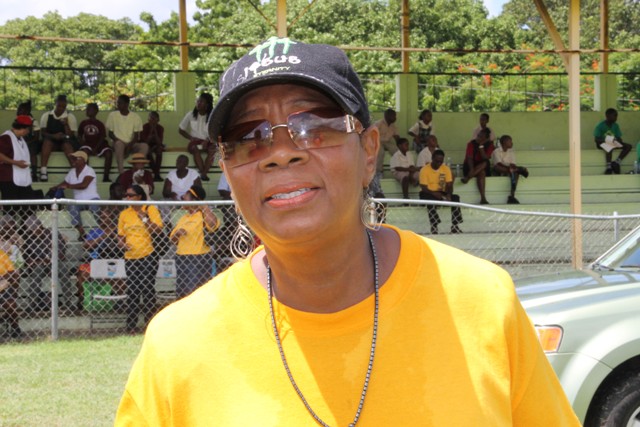 “We had a bit of rain and I was thinking we would have to transfer our activity to Jessups but the seniors told me ‘No, no, no, we come to march and we marching,’ and march they did. We had a few hiccups but so far I’m really feeling pleased. I thank God for holding off the showers,” she said.

The activity continued at the Elquemedo T. Willett Park with entertainment, lunch, music and dance. 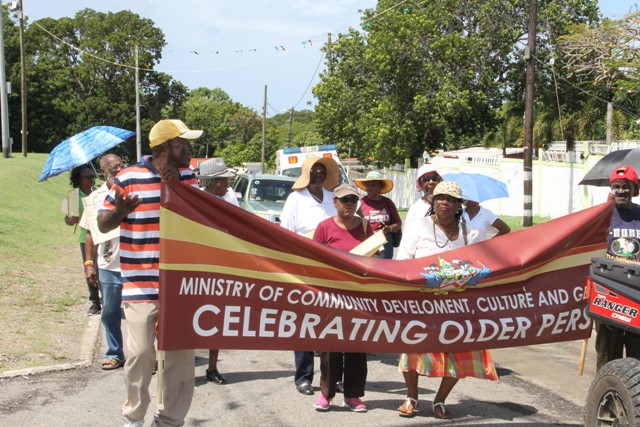