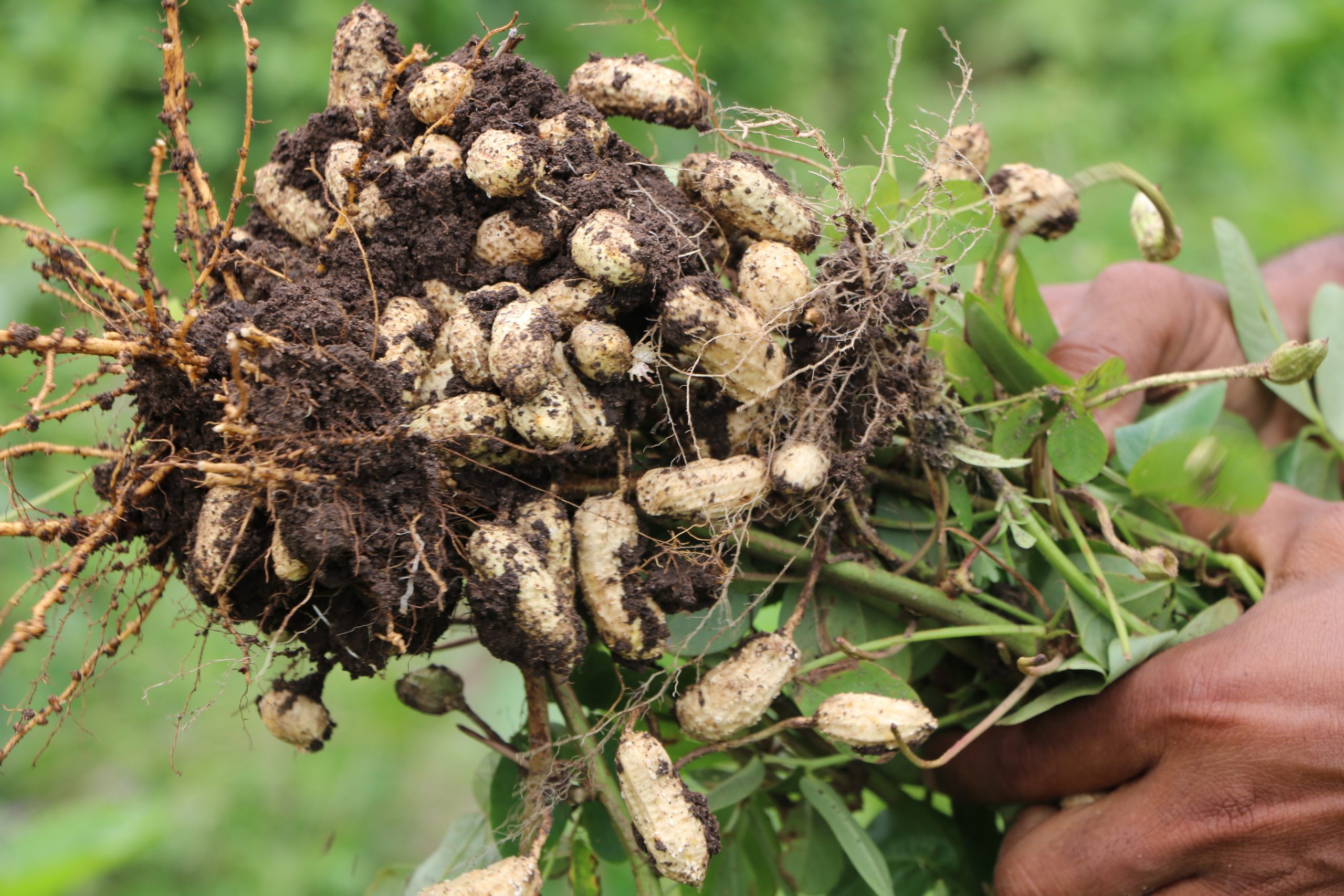 Peanuts cultivated by the Department of Agriculture at New River Estate pulled from the ground on August 16, 2021

Mr. Williams who has been the top purchaser of the local nuts spoke to the Department of Information on August 16, 2021, in an invited comment on the peanuts grown at Potworks and New River Estates.

“I’ve been selling nuts a good 10-12 years now. I used to get them from St. Kitts and overseas before I started getting them in Nevis. I just started buying local and they all right for now. They’re good enough to sell. The quality is like what I used to get from overseas, no problem with them. People enjoy the nuts…

“I have to continue to buy local nuts. It’s scarce right now. You have to buy everything you get. The nuts them good, they’re good. People should buy them locally. I buy five bags for the first,” he said.

Meantime Mr. Steve Reid, Chief Extension Officer at the department, stated that there a few reasons favouring large-scale peanut production including the beneficial effects of the plant.

“We are in New River where we have a storage facility where we would put our nuts to dry. The Department of Agriculture has ventured into planting nuts on a large scale and this decision was made because of a number of reasons.

“Nuts is one of those crops which we consider to have beneficial effects on the soil and they call it soil fixing bacteria where the roots of nuts and other legume plants would fix nitrogen in the soil. It actually helps to build the soil,” he said.

Mr. Reid added that it was felt rather than going the expensive way of applying fertilizer to lands that have been under cultivation for many years, the peanut plant would help to restore the soil paving the way for optimum performance from crops planted on the estates in the future.

The Chief Extension Officer also stated that another consideration to cultivating peanuts was that of not competing with farmers.

“Our market here in St. Kitts and Nevis is quite small…Right now most of the farmers are supplying supermarkets with local products. So in order for the government not to conflict with any of the farmers we decided as well to produce a crop that is needed; the demand is there but no farmer is doing it,” he explained.

Mr. Reid revealed that the preliminary results of peanut cultivation on Nevis has shown that the crop is simple and quick with an easy turn around with a healthy demand for the nuts.

The senior agriculture officer said a few farmers have inquired about getting seeds to plant and the department is encouraging farmers to do so because of its many benefits.

“We are encouraging farmers to take part because we realise it is a crop that can store well, and it has high return value as in the costing, and so farmers if they are interested, they may be able to contact the department at a later stage where we would have seeds available because we are going to be having a revolving programme,” he said.

Mr. Reid added that all the nuts produced would not be sold for eating purposes. Some would be used for planting material and some for feeding livestock on the government owned farms.

“We are using the tops of the nuts along with the deformed or small unmarketable nuts to feed to the livestock animals, mostly the cows at Maddens Estate. Nuts are high in protein and it helps to build the muscles and bodies when we feed it to these cows it is just as a feeler but it helps with their nutrition,” he said.