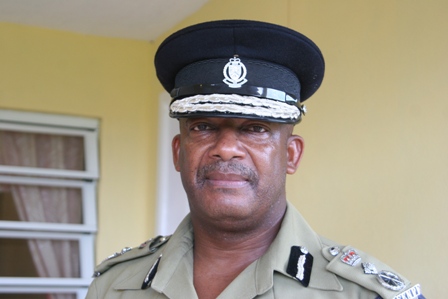 CHARLESTOWN NEVIS (May 18, 2010) — St. Kitts and Nevis Police Commissioner Austin Williams believes that a mix of policies had to be implemented before a reverse in the unwanted trend in violent crimes perpetrated in the Federation was realised. It would include education, sustained enforcement and social interventions which directly explored and addressed the root causes.

The Commissioner’s comment came on Monday, when he delivered remarks at a ceremony to hand over a new building at Butlers Village donated by the Evelyn Family in collaboration with the Nevis Island Administration (NIA) that would ease the housing shortage for police officers stationed at the Nevis Police Division.

“In that regard I beseech every resident of St. Kitts/Nevis to be committed in their support for the Royal St. Christopher and Nevis Police Force now and in the future. A strong Police/community partnership is the single most valuable tool in combating and reducing crime in any society,” he said.

Commissioner Williams registered his satisfaction with the public/private sector partnership forged with the police on Nevis, citing that the new barracks showed that corporation was something achievable with the right mix. 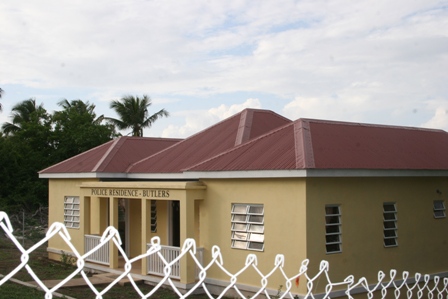 Over the fence, the new Police Residence at Butlers Village

“I have been very encouraged with what I have seen happening here in Nevis where the Police are concerned. The recent addition of a fleet of new vehicles, this new barracks, the barracks soon to be completed at Bath and the installation of close circuit camera monitoring system on the island, all part of the Government’s policy of strengthening the human resources and the physical infrastructure of its law enforcement agencies, so as to more effectively combat the scourge of crime,” he said.

However, Mr. Williams continued to encourage other corporate businesses to partner with the Police for the provision of effective security and the creation of a safe environment conducive to business and good living.

The Commissioner noted while cognizant of the recent increase in violent crime namely homicides, most of which had been driven by trafficking of illicit drugs and the use of illegal firearms it would be unwise to deny that the increase in murders and other crimes had the potential to directly undermine the economic and other developments made in the Federation.

Commissioner Williams used the opportunity to commend the Nevis Police Division Command and staff for the strides they made with regard to town hall meetings and the successes they had so far. He said engaging the public had always proved beneficial and that it was a vital partnership that the Force would continue to aggressively pursue in the future. 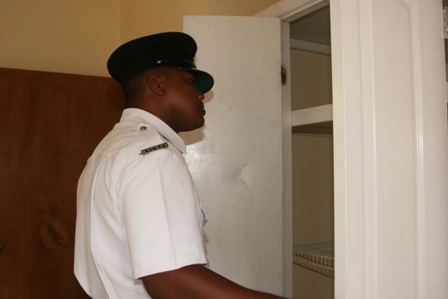 A Police Officer inspects the storage available at the Butlers Barracks

He said too, that crime was an unforgettable element in the society and all had a part to play to combat it since the Police could not do it alone.

“I wish to reiterate that it is your responsibility to report crime and criminal activities and our responsibility as police officers to take the appropriate action. I urge you not to wait until someone close to you becomes a victim. We must be wiser to know that being proactive would help us to avoid unwanted circumstances. In essence, we must personify the old adage and be our neighbour’s keeper…

“The Police and other law enforcement agencies cannot fight crime alone. We need the eyes, ears and testimonies of the general public to be able to better manage the incidence of crime. I guarantee you with your help, we will make the Federation of St. Kitts and Nevis safer and more tolerant for locals and visitors to reside and do business,” he said. 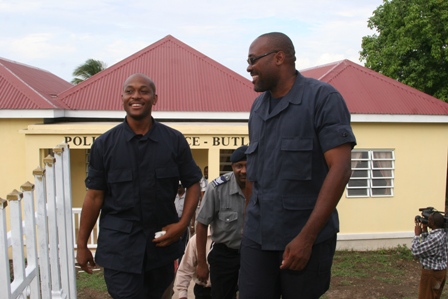 According to Commissioner Williams, the Butlers Barracks was strategically located between two established stations and it will reassure those persons who traverse there.

He beseeched the Officers who would occupy the facility, to treat it with care and to make it their home away from home.