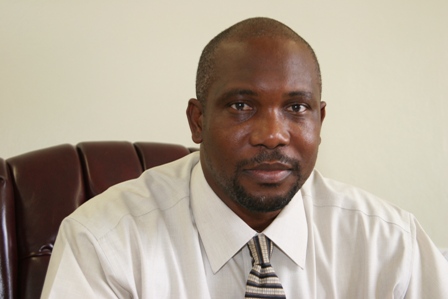 Minister of Communication and Works in the Nevis Island Administration Hon. Carlisle Powell

CHARLESTOWN NEVIS (May 14, 2010) — Minister responsible for Communication and Works in the Nevis Island Administration (NIA) Hon. Carlisle Powell, said phase one of a multiple phase road project for Hanley’s Road in Gingerland, Nevis’s longest village road, signalled the government’s seriousness for the welfare of all the people of the island regardless of their political persuasion.

His comment came on Thursday in an interview with the Department of Information when he addressed the progress of the ongoing road development projects on the island by the Public Works Department.

“We know that the people of Gingerland have voted a particular way over the years and that while we were in the Opposition, the people of St. Thomas who voted a particular way were made to suffer because of the way that they voted but as a government we see ourselves as the government of the entire island of Nevis. So as a result of that we have been making sure that we complete roads throughout the entire island,” he said.

The Hanley’s Road Project is the most recent to commence, with construction completed on a road in Nisbetts Settlement in Newcastle, two in Ramsbury and one in the area of Craddock Road.

According to Mr. Powell, all the completed projects have been done with adequate drainage and will bring relief to the public. 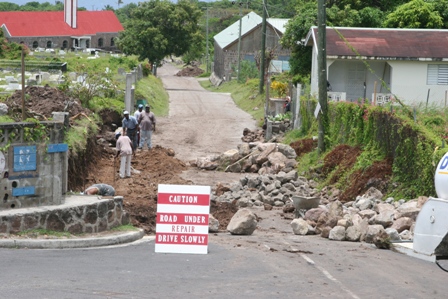 He described the Hanley’s Road Project as no different but noted that due to the length of the road [1.78miles] it would be tackled in several phases. Work on the first phase which commenced Monday is expected to last eight weeks.

“What we plan to do is to break it up in phases and so the first phase will start at Market Shop and we have already started and will go down to the ditch just by the St. Georges Anglican Church.

“We are preparing the sites and we will be using stone walls to retain the soil and apart from that we will be doing some road realignment and then we will be putting in adequate drains to the sides of the road and the ditch by the Anglican Church will be replaced with a culvert. It will drain the water to the ghaut east of the Anglican Church,” he said.

According to the Minister, Phase Two will be from the St. Georges Anglican Church to the Wesleyan Holiness Church where the same things will be done as in the first phase.

“Phase Three will be from the Wesleyan Holiness Church to Rices where we will repeat the process road realignment, drainage and there is a ditch by Rices and it is aim to remove it and replace it with a culvert so that people will be able to have a smoother flow in terms of the traffic. 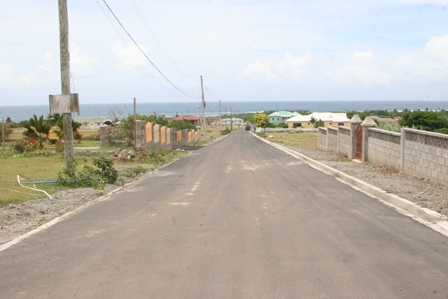 Meanwhile, Mr. Powell urged residents in the area and other members of the public to be patient and reminded that adjoining access roads to the village would be upgraded and available for their convenience.

“It will take some time so we will continue to urge the people to be patient. The thing is that while Phase One will be a bit of a bother, people can now access the areas by the Anglican Church via Matchmans and so we will make sure that we can do it as quickly as possible…

“What it signals to the people of Hanley’s Road is that we are bringing some measure of comfort to them. They have suffered long and hard because that road has been left to deteriorate over the years. So we are showing how serious we [NIA] are about the area by bringing some level of comfort to the people of Hanley’s Road. Already they have began to call to say how grateful they are that we have started something,” he said.

Mr. Powell further explained that the initial plan was to have the road designed and constructed by outside designers and contractors as had been done for other major roads but he said due to financial constraints the work was assigned to Public Works. 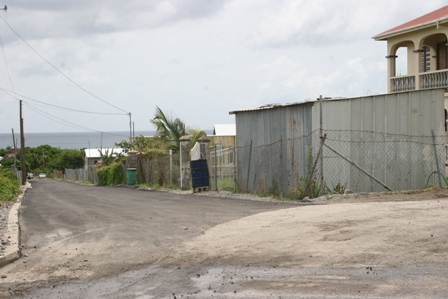 “I want to assure the general public that Public Works can do quality roads. We have done some roads recently which have stood up. I think people are quite aware that all of the asphalt that is produced on Nevis is produced by Public Works.

“When you look at some of the areas that we have done, the work we did to widen the corner by Barnes Ghaut and to put in drains and so on that has stood up. The new road heading from Marion Avenue across to Percy’s Jewellery were all done in-house by Public Works. So I have every confidence that the work will be at a high quality,” he said.

With regard to the duration of the entire project Mr. Powell said it was difficult to say because the project was being done in phases. He admitted there were challenges and it made no sense pretending they did not exist

“We have some financial constraints. Everybody knows that with Four Seasons closed that we are down almost $10million a year and so we have to do it in phases as we get the releases but it just does not make any sense to play an ostrich and to bury our heads in the sand and say when things get better we will start the project. 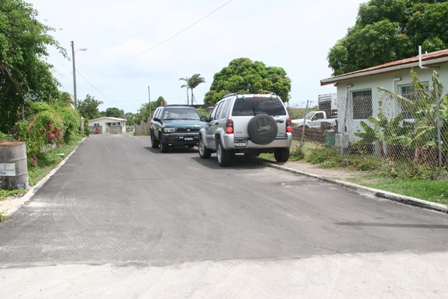 “That is why we decided to break it up into phases so that as we get funding available we can go in and do phase one , properly plan phase two then we can execute phase two and move on to the other phases rather than waiting,” he said.