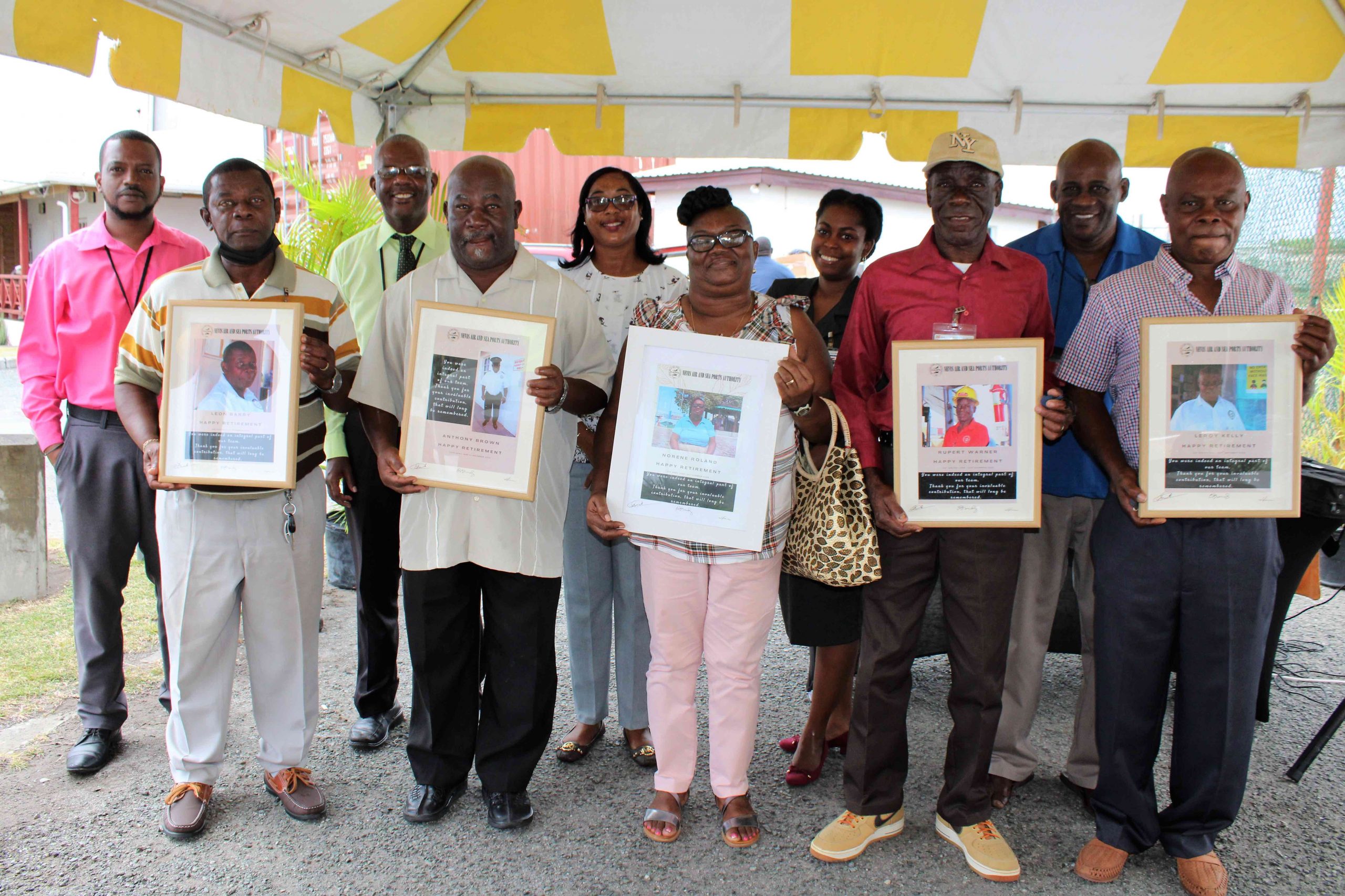 Mr. Oral Brandy, General Manager of NASPA in his remarks thanked the retirees for their contribution over the years.

“We want to show appreciation for all the work that our retirees have done. They would have contributed a lot to NASPA and the impact that they had would have extended from NASPA to Nevis, as well as the clients and customers that use our facilities. The truth is, we wish that you could stay with us much longer, but there comes a time when one simply has to move on. And we want to thank you for the many years that you have served at the port.

“You may have retired but this is just the end of a chapter in your life. And now the next chapter is retirement. A chapter that we are all looking forward to. Enjoy your retirement, relax, have fun, enjoy life,” he said.

Mr. Brandy also used the opportunity to single out Mr. Rupert “Quarter” Warner, who was employed at NASPA since its inception in 1995.

“Mr. Warner has always done very outstanding work. He has worked with us beyond his retirement age and has always worked just as diligently and hard as any young person, and we wish he could have stayed with us longer,” he said.

Mr. Joseph Liburd, Chairman of the NASPA Board used the opportunity to thank the retirees for their contribution.

The ceremony included a presentation of certificates, and Ms. Michelle Lawrence, Administrative Assistant presented the retirees with an appreciation plaque. As part of the ceremony, participants also received a token of appreciation for their hard work and contribution to the NASPA.