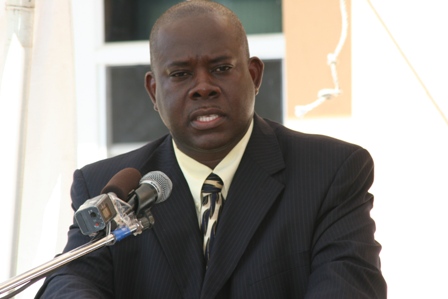 Minister of Agriculture and Co-operatives on Nevis Hon. Robelto Hector at the official opening ceremony of the Agro Processing Centre at Prospect.

CHARLESTOWN NEVIS (April 21, 2010) — Agro processors on Nevis were called on to take advantage of the new processing plant constructed for them at Prospect.

The call came from Agriculture and Co Operatives Minister on Nevis Hon. Robelto Hector at the official opening ceremony for the Nevis Agro Processing Centre on Tuesday.

“You were given training, you were assisted with organisation and there are incentives offered time and time again to ensure your growth. You now have added infrastructure and our expectation of service from you is a great one,” he said.

Mr. Hector described the opening of the agro processing plant as a quantum leap from the farm gates to the supermarket shelves. He said the facility provided a real opportunity for the agro processors to launch their products on the export market in the region and beyond.

The Minister spoke of agro processing as a lucrative business and noted that the Nevis Island Administration’s decision to construct a processing plant to accommodate the agro processors on the island was a tangible demonstration of the Government’s true commitment to the cottage industry. 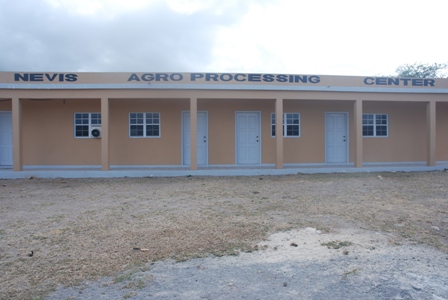 He said the centralised facility managed by Mr. Dwight Browne, would allow for the added advantage of meeting better health and safety standards and increased volumes of production; the opportunity to promote a greater variety of products better product presentation and labelling.

However, Mr. Hector explained that the NIA’s investment in the agro processing plant should drive agro processors to remember their duty to food security, revenue generation and the provision of employment.

“Most of our agricultural fruits and vegetable crops on the island are characterised by gluts and scarcities. We are today ready to extend seasons by providing even a processed form of such products be it jams, jellies, pepper sauce or souvenir baskets just to name a few. For agro processing to be sustainable, we must do our agricultural planning with the industry in mind.

“The agro tourism linkage can now be explored even more. This linkage can create a substantial economic engine, capable of driving the economy forward,” he said.

The Minister explained that the opportunity to satisfy the upscale requirements of visitors now existed as a result of the new processing plant. He pointed to the increasing diversity of Nevis’ population which he believed provided a suitable ethnic niche market.

The Agriculture Minister had some added advice for the agro processors and urged them to seek to market their products in every gift shop and supermarket in the Federation. 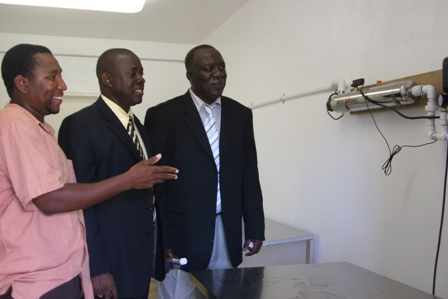 “Of course I do not expect you to strive to do this individually. There is assistance available through the Marketing Unit and the Co-operative Unit. More importantly, as a cooperative [you should] band yourselves together to purchase imports in bulk, in short, operate as a true Society where unity means strength,” he said.

Mr. Hector reminded the Agro processors of the advice he had given them at the launch of their Co-operative which included sharing the knowledge and skills they had learnt; the importance of attracting young people to the industry and the significance of utilising the media.

The Minister used the opportunity to thank Premier of Nevis Hon. Joseph Parry and Cabinet colleagues, for their support in the initiative, which he said formed part of the Government’s economic transformation thrust that was started in 2006.

He also singled out past Directors Mr. Augustine Merchant and Mr. Samuel Powell for their major contribution to Agriculture on Nevis and by extension the project. 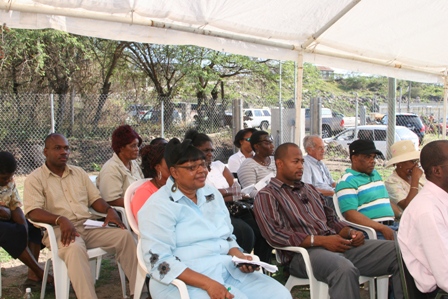