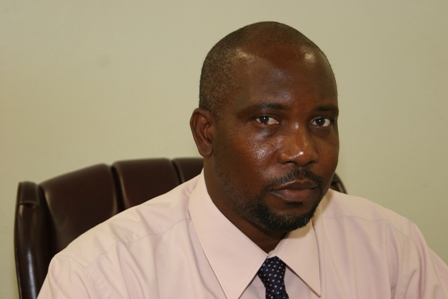 CHARLESTOWN NEVIS (April 20, 2010) — Minister with responsible for Public Utilities and Natural Resources    on Nevis Hon. Carlisle Powell reminded Nevisians to make use of the solar water initiative that was implemented by the Nevis Island Administration from January 01, 2010.

The reminder came at recent interview with the Department of Information. He said the matter had been discussed earlier but was announced by Premier of Nevis and Minister of Finance Hon. Joseph Parry in his 2010 Budget Address  in December last year.

“That programme would allow us not only to use less energy interms of the electric water heaters but would allow us to save in terms of our expenditure on fuel which we currently use to produce the electricity. [It would also] allow us to improve our carbon footprint in that we would be saving all of those gases which we emit when we are using the fossil fuels and will allow us individually and as a country to save money,” he said.

The Minister described the programme as one of importance to Nevis as the island continued to develop it’s clean and green energy under the watchful eye of the international community.

“I think the rest of the Caribbean is looking on and the rest of the world continues to look on and recognise that Nevis is moving forward in a very measured way interms of our sustainable energy programme,” he said.

During the Budget Address the Premier also pointed to the geothermal and wind energy projects, when completed, would allow Nevis to become the leading clean and green economy in the Caribbean.

He said the island would experience energy security which would provide a platform for multiple opportunities for local and foreign direct investments.