Eric Evelyn, Permanent Secretary in the Ministry of Agriculture on Nevis
NIA CHARLESTOWN NEVIS (March 17, 2017) – Eric Evelyn, Permanent Secretary in the Ministry of Agriculture says preparations for staging the Department of Agriculture’s 23rd Agriculture Open Day are progressing smoothly.
The two-day event, hosted by the Department of Agriculture from March 30, 2017, at The Villa grounds in Charlestown, will be held under the patronage of Ms. Tyzena Brookes, a long serving field worker at a government-owned farm. The theme is “Embracing climate-smart agriculture to achieve greater food security”.
Evelyn, told the Department of Information recently, that combating the negative effects of climate change in is a critical issue for the department and farmers on the island and the theme, is seeking to urge farmers to embrace modern technology for greater food security.
“What we want persons to do, is to use technology that will mitigate against the effects of climate change. That is why we decided to use that particular theme for 2017,” he said.
Last year’s Open Day also focussed on climate change but served to bring awareness of the phenomenon to patrons.
Evelyn used the opportunity to invite members of the public from both St. Kitts and Nevis to attend the event.
He said, this year the venue would be more festive than usual with additional lighting and decorations. There would be more entertainment with a live band on each day – Ultimate and Odisi Bands in addition to extended hours on both days. 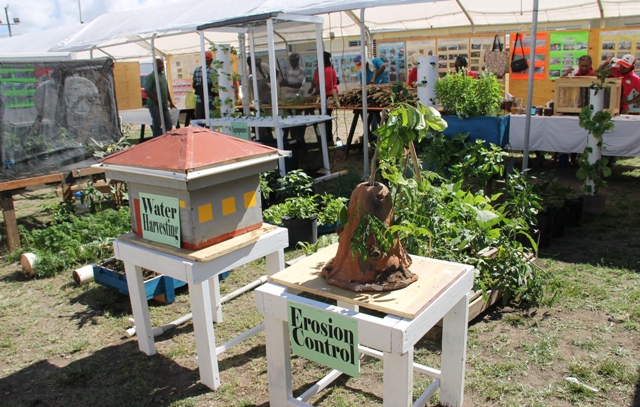 There will also be the usual competitions among vegetable, agro processor and ornamental booth owners. Evelyn urged those participating to be creative in their presentations to effect increase sales. The inter-departmental competitions with exhibits, sponsored by Walcott James, with an increase in the cash prize will also take place.
In addition to the ministry and department’s presentation of plaques to farmers and staff, Evelyn explained that the Inter American Institute for Corporation on Agriculture (IICA) would be making presentations.
He said in recognition of the organisation’s 25th year of operations in St. Kitts and Nevis and its 75th anniversary since its establishment, IICA would be presenting plaques to livestock and crop farmers, an agro processor and departmental staff.