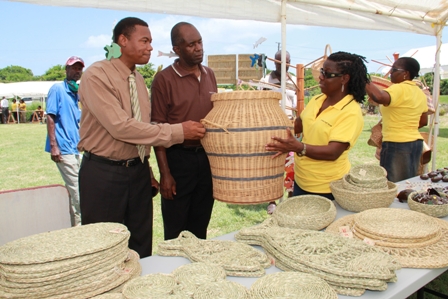 (L-R) Junior Minister of Trade and Industry on Nevis Hon. Dwight Cozier, standing beneath a handmade wooden underwater themed wind chime takes a close look at a hand woven basket with Permanent Secretary in the Ministry of Trade Mr. Dwight Morton and General Manager of the Nevis Craft House Ms. Doretta Daniel. They are standing next to a variety of straw items on display
NIA CHARLESTOWN NEVIS (June 04, 2012) — The Nevis Craft House represented a model of what small business enterprise represented on the island of Nevis. That view was expressed by Junior Minister of Trade and Industry in the Nevis Island Administration (NIA) Hon. Dwight Cozier, while he delivered remarks the Nevis Craft House Exhibition on May 31, 2012 at Pinneys Industrial Site.

He said it was that thinking which prompted a renewed effort in 2008 that would redefine the Craft House.

“We knew that the challenges would be great because we knew that the vision for the Craft House as integrated within the vision of the Ministry of Trade and Industry was a new vision that had to begin with action.

“So the initial stages of this vision began with an assessment of the needs of the Nevis Craft House as they stood in 2008.Those were identified and we knew that there were also from that assessment a need for a revaluation of the staff and a management structure. So that was put in place and I felt very proud last year when I interviewed Ms. Dorette Daniel to take up the role of General Manager of the Nevis Craft House,” he said. 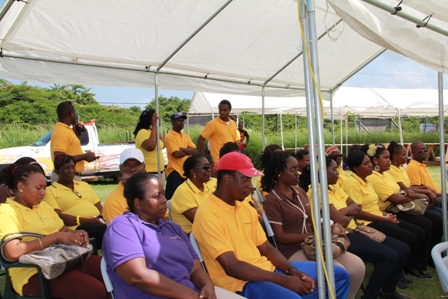 The Junior Minister also lauded the efforts of the Small Enterprise Development Unit (SEDU) staff, in particular Mrs. Catherine Forbes. He also noted the new attitude of the staff of the Craft House and their improved performance which he attributed to the renewed efforts by the Ministry to elevate the Craft House’s profile.

According to Mr. Cozier, during his Budget Presentation in December 2011 he spoke of the need for greater marketing of the products from the Craft House which was being produced with better quality and in greater quantities. 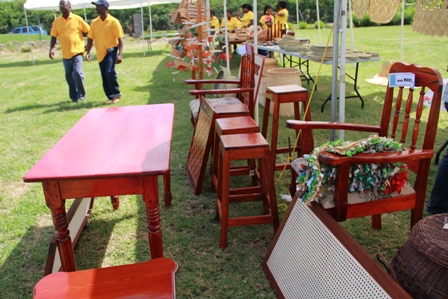 He pointed to the establishment of a website and a marketing magazine which would allow for greater exposure and promotion of products made at the Craft House. The Minister expressed satisfaction with the progress of the website.

“I am very, very happy this morning when I heard the manager speak to a fixed date. The reason for that is we have had a little bit of challenge as the year progressed and we began to have some doubt about the exact time that we would be able to launch this initiative. So when I heard there was now a date set for June 25th I became very, very excited,” he said.

Meantime, Permanent Secretary in the Ministry of Trade Mr. Dwight Morton in remarks said the craft exhibition was the realisation of something that had been thought of for a very long time and spoke to the importance of the Craft House for Nevis.

“We have envisioned that the Nevis Craft House is an entity that needs to be invigorated and thus fulfil the potential that lies within it. 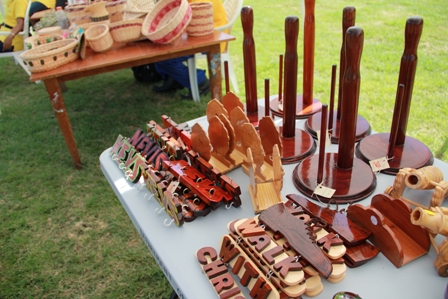 “Craft production is something that we need to capitalise on in Nevis because it provides the opportunity to utilise a lot of raw materials we have here in abundance – shells, beads, grass, straw and many more. These are craft materials that can be utilised at very little cost to us and we strongly believe that if we take full advantage of what we have locally, we can make something wonderful of the Craft House here in Nevis,” he said.

Mr. Morton noted that among the objectives set out by the Ministry of Trade for the Craft House was to make it a viable entity. He explained that although it was not profit making presently, the facility had far along the way to achieving viability. 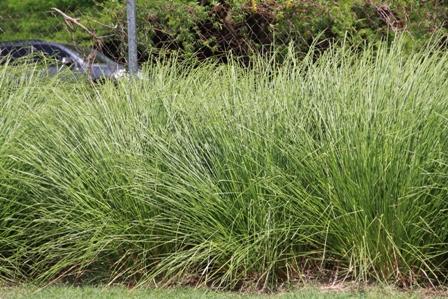 The Permanent Secretary also spoke of the heightened staff morale which augured well for the future of the Craft House.

“We have strengthened the management structure at the Craft House and based on our last series of meetings, I am convinced that we are getting more from the staff. They are more productive they are more cooperative, indeed the attendance has improved, the morale of the staff has improved and I think it has to do with what the Ministry has put in place in terms of strengthening the management structure at the Craft House,” he said.