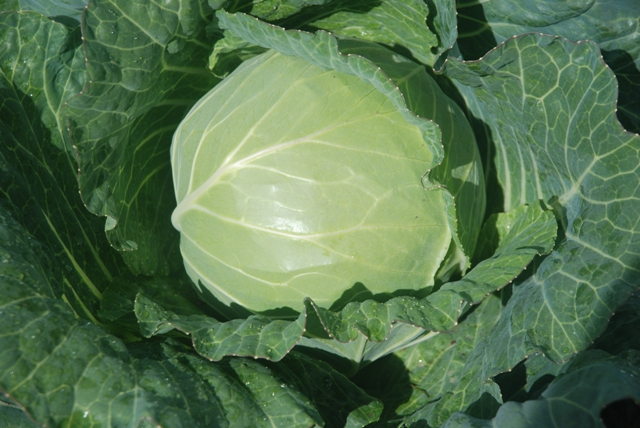 NIA CHARLESTOWN NEVIS (January 14, 2014) — In a bid to revitalise large scale cabbage production on Nevis and to reduce the island’s food import bill, the Department of Agriculture cultivated a ½ acre experimental plot at the Government owned Prospect Agriculture Station. Director of Agriculture in the Nevis Island Administration (NIA) Keithly Amory said in 2014 alone, almost 80,000 pounds of cabbage was imported into Nevis.

During a visit to the agricultural station on January 13, 2015, Amory explained that large quantities of cabbage production was not new to Nevis, neither was the Caribbean Queen and Oxylus used on the plot, both heat resistant varieties which grew well during the cooler months. However, with new technology and the applied practice of integrated pest management, the quality and quantity of the 5,000-head cabbage plot was evident. 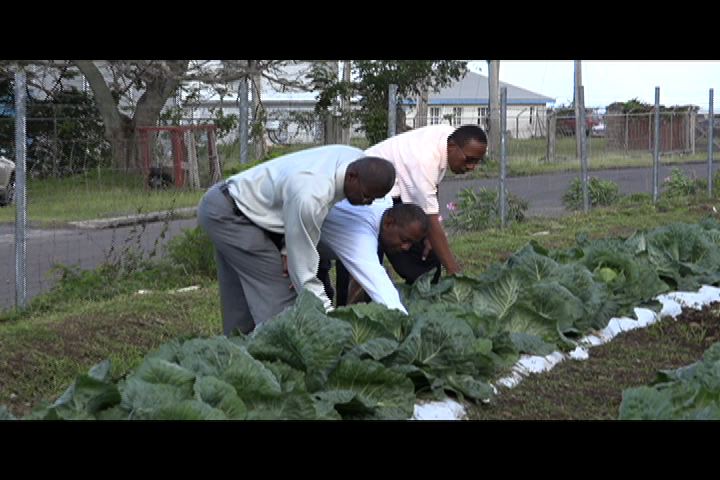 He said over the years, the Department had been aware of the challenges associated with large scale cabbage production which led to the major decrease in local production.

“It’s a crop that has some challenges in terms of pests and diseases but it has been grown here quite successfully in the past.

“Farmers have been shying away from it because of the pest problem but at the Department of Agriculture, we are quite aware that with the proper management practices and techniques we can have very high production levels and the plot…is attesting to that,” he said.

Agriculture Officer Quincy Bart who is responsible for the cabbage plot said, apart from the new methods employed, it was watered via drip irrigation for 30-minute daily intervals but dependent on the soil moisture, the breaks would be regulated accordingly.

He noted that the chemicals used were environmentally-friendly and targeted pests at all life stages. 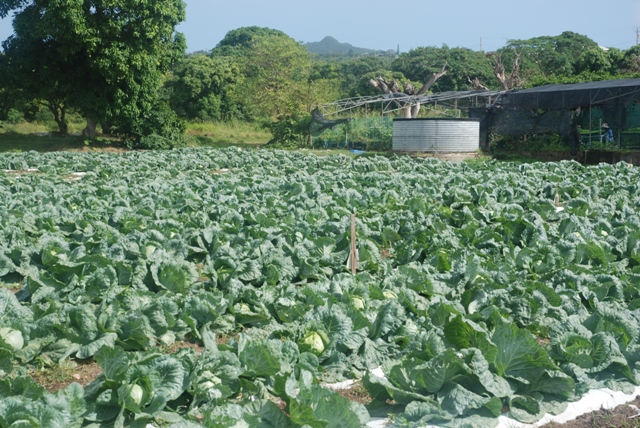 At the end of the production cycle, production cost would be calculated and made available to farmers who would be invited by the Department to view the cabbage plot.