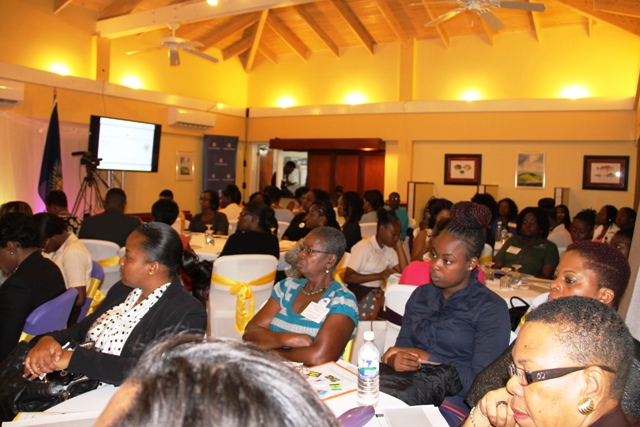 Meantime, Mr. Brantley who is also the Minister of Tourism on Nevis and the Minister of Foreign Affairs in St. Kitts and Nevis used the opportunity to urge the participants, in particular those visiting, to find some time to enjoy the island.
He said Nevis was not only an island wrapped in natural beauty but also in an abundance of history.
“I trust the conference organisers will permit you some time to savour the flavour of this wonderful island God has blessed abundantly.
“May you leave with fond memories and hasten to return because in Nevis, you are only a stranger once,” he said.
Other remarks were made by Hon. Hazel Brandy-Williams, Junior Ministry in the Ministry of Social Development, and Ms. Joy Napier, Caribbean Community (CARICOM) Youth Ambassador and chairperson for the opening ceremony.