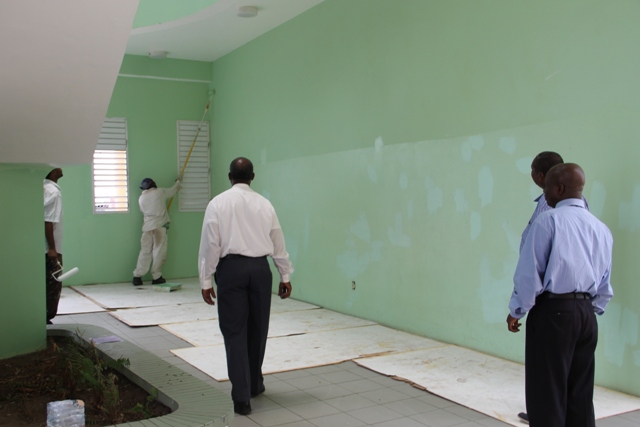 “At the end of the project, having done all the renovations I expect that we will somehow be able to inculcate in our children that they are to protect and preserve the work which was done. Let us assume we get the same amount of damage next year and we have to replace what is damaged. It means that’s money which we could have used in something else.
“I really wish that parents would speak to their children very seriously about protecting the school, making sure they do not vandalise the buildings or the furniture, so we do not have year after year to be spending thousands and thousands of dollars to build the schools,” he said.
Referring to the extent of the work being undertaken at the two schools, Mr. Amory described it as being quite large. However, he noted that the NIA had thought it necessary to get the project done because the teachers and students need to function in an environment which is clean and conducive to teaching and learning. 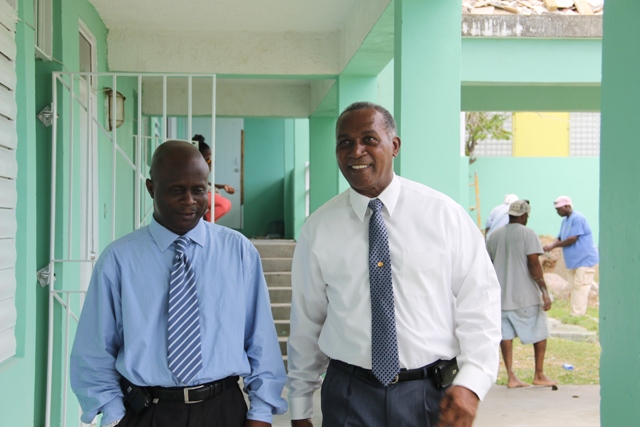 He reminded that last year extensive rehabilitation work had been done at the Charlestown Secondary School (CSS) restrooms but this time around, the entire school was receiving attention.
According to Mr. Amory, the rehabilitation work includes repairing windows and the various rooms ensuring they are clean and safe so that the school population would feel comfortable in the classroom.
However, he remarked that work needed at the Charlestown Primary School is not as extensive as that of the CSS but none-the-less important because all the school children from pre-school right through to the high schools should be able to attend school in an environment which is clean and attractive.
The Minister of Education stated that the Rehabilitation Project is a major undertaking for the NIA and once school closed for the summer vacation the NIA set about ensuring that renovation work commenced on all the schools. 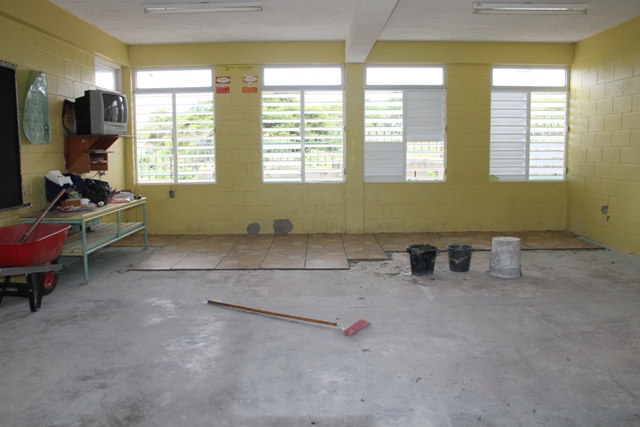 He said a number of local contractors, one for each school has been engaged by the Administration to ensure that each school get individualised attentiton.
“I think that way we can get it done, spread it over with more people and we can ensure that it is done.
“We expect all of the repair work would be done by the end of this month, so that by September 1st, we would be ready to have the teachers come back to do the final cleaning and arrangement of the classrooms and then we can have the children back on the first day of school which is September 7th ready in their newly-renovated schools,” Mr. Amory said.
He expressed hope that the students, teachers and parent would be pleased with the renovation works when school reopens.
Mr. Amory plans to visit the other schools in the rehabilitation project before it is completed by which time he hopes to provide a report in greater detail on the cost of the overall of the project.